SCHUYLERVILLE - The Hudson River village that played a vital role in the turning point of the American Revolution can add “The Demon of Screamin’” to its feathered cap of historical significance.

Aerosmith front man Steven Tyler and daughter Liv Tyler - an actress perhaps best known for her role in the Lord of the Rings film trilogy - visited the adjoined Saratoga villages of Schuylerville and Victory in January after learning of their 19th century ancestral ties to the community.

Those local connections came to light in an episode of the TV series “Who Do You Think You Are?” which premiered on the TLC channel this week.

Steven Tyler’s great-great-grandfather, George Washington Elliott, was a drummer who was present at the battle of Antietam and at Gettysburg. He set down roots in Saratoga County while in his 20s, shortly after the Civil War.

“I can see my dad in his face,” Liv Tyler told Saratoga County Historian Lauren Roberts, after being shown a photograph in a 1912 brochure during a segment that depicted “Mr. and Mrs. George Elliott and family, Schuylerville, N.Y.” with their 17 children.

Liv Tyler, the daughter of Steven Tyler and Nashville based singer, songwriter and pop culture icon Bebe Buell, was filmed while driving around Saratoga and visiting the office of the Saratoga County Clerk in Ballston Spa. She was joined by her dad at Prospect Hill Cemetery in Victory, where in the shadow of the a 155-foot tall Saratoga Monument, they visited the burial sites of their ancestors. 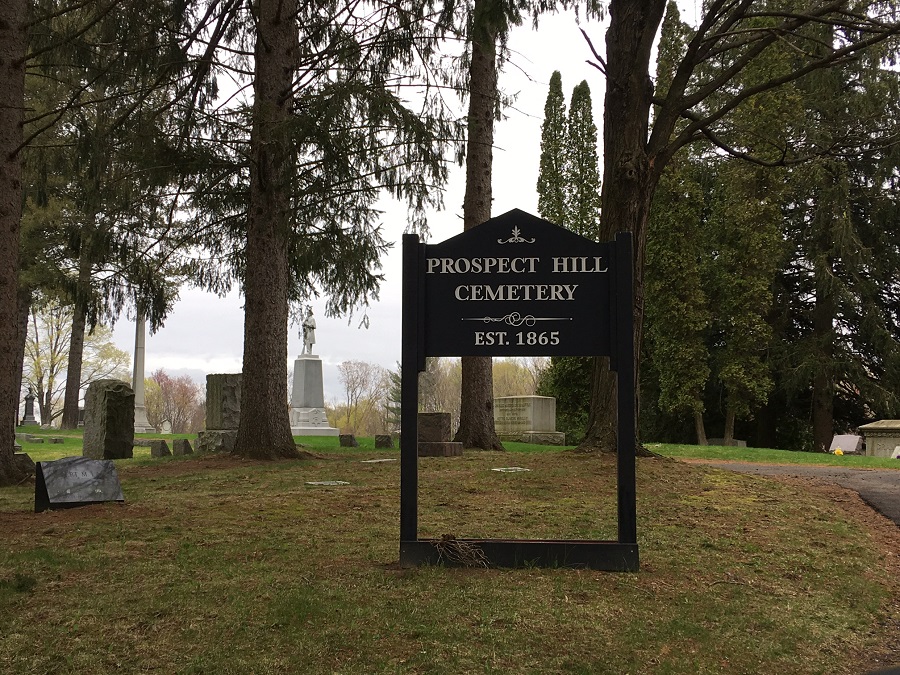 “I thought it was a fun show and great piece of history about her family,” said the Saratoga Town Historian Sean Kelleher. “When you start doing these family searches, you just never know what you’re going to find.”

It is not known what prompted the relocation to the Schuylerville area of George Elliott, who had African-America roots. In the 19th century, the greater Schuylerville area counted two Abolitionist Societies who lobbied politicians, published abolitionist papers, and invited speakers into their communities - Frederick Douglass among them, according to Village of Schuylerville Historian Kristina Saddlemire.

In the village by the latter part of the 19th century, local kids found their winter recreation ice skating on the frozen canal. They attended classes at Schuylerville’s Union Free School, a four-story building that stood on Green and University Streets, and played host to a visiting music teacher from Northumberland who would arrive by pony and provide piano lessons for the entire family.

Research conducted independently of the show points to at least one member of the Elliott family being employed at the historic textile mill building in Victory, Kelleher said.

The family were members of St. Stephen’s Episcopal Church in Schuylerville.  Of George and Eliza’s 17 kids, 15 were born in Au Sable Forks.

“Two of the children - Jennie May, and Arthur - were born in Schuylerville,” said Don Papson, co-founder and curator of the North Star Underground Railroad Museum, in Ausable Chasm, N.Y.

Jennie May Elliott was born in 1889, and Arthur Earnest Elliott two years later. According to a 1976 obituary, Arthur was a groundskeeper who had been employed By Skidmore College and lived in Saratoga Springs for many years. Jennie May’s descendant, Mary Briscoe, currently lives in Watervliet. She recalled meeting many of her relatives as a young girl growing up in Victory, where she lived until the age of six, before relocating during the 1940s. Watching the TV episode, Briscoe said she was able to learn more about her own ancestors, particularly those who lived during the Civil War Era and beyond.

Steven Tyler’s mother, and Liv Tyler’s grandmother, Susan Ray Tallarico – whose maiden name was Blancha - was the daughter of Bessie June Blancha (Elliott), who in turn was the daughter of Robert J. Elliott and Edna Wheeler. Robert J. Elliott was one of the sons of George and Eliza Elliot, the first members of the family to settle in Saratoga.  Their connection to Schuylerville and Victory seems to have lasted at least until the early part of the 20th century.

“Robert J. Elliott married Edna Wheeler. She was the daughter of Charles E. Wheeler, who as much as I can figure out was a photographer in the village,” Papson said.  Advertisements published in local newspapers in the early 1900s take note of photographer C.E. Wheeler’s a shop located on Broadway in Schuylerville.

The historians best pin-pointed the family home as having sat on Pearl Street in the village of Victory and just around the corner from St. Stephen’s Episcopal Church on nearby Grove Street in Schuylerville. 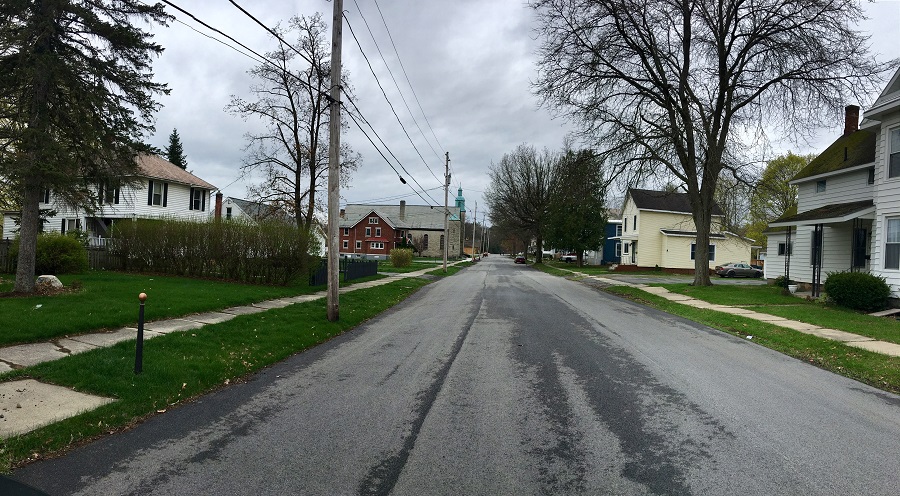