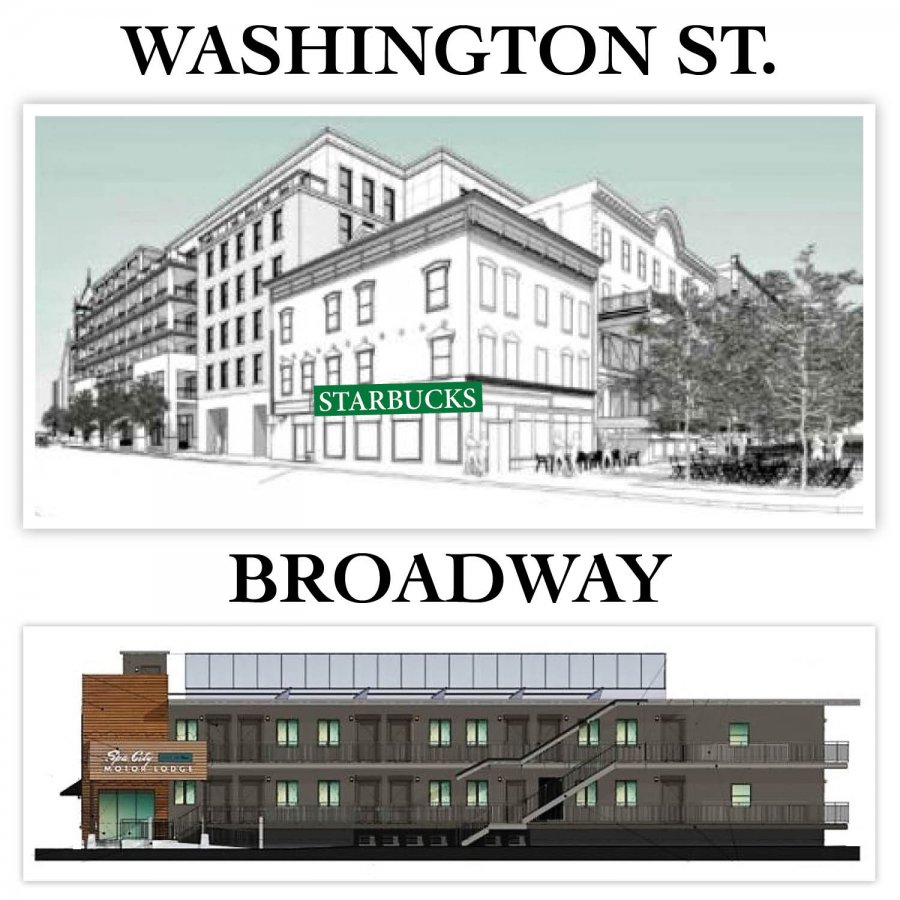 SARATOGA SPRINGS — The Downtowner Hotel is seeking modifications to an approval from the city Design Review Commission for exterior changes to the existing structure at 413 Broadway.  It is anticipated the DRC will review the application at its next meeting, which will be held at 6 p.m. on Wednesday, April 7.

Additional applications under consideration for the meeting include: an Architectural Review of 18 townhomes – exterior; an Advisory Opinion to City Council regarding the proposed installation of missing link sidewalks located in the right-of-way within the city’s Historic District (project title: Saratoga Springs Missing Sidewalk Links Project), and modifications to an approval for exterior modifications – specifically a south façade porch extension, new east façade porch – at Mouzon House.

• A sketch plan conducted by the LA Group regarding a subdivision at 110-114 Nelson Ave. was submitted to the city Planning Board on behalf of applicant JW Hemmingway LLC, and property owner CRND Properties, of Watervliet.

The sketch plan calls for 2.16 acres to be subdivided into 12 lots. The land, which is currently vacant, sits opposite the Saratoga Race Course on the Nelson Avenue side, and across from Frank Sullivan Place. In addition to the independent lots, the property is also proposed to site a “neighborhood rooming house,” according to plans, that will house three guest suites.

SARATOGA SPRINGS — A proposed 21st century development may return the corner where Broadway meets Washington Street to the visual splendor it enjoyed in the 19th century.

A newly proposed application under review by the city’s Land Use Boards calls for the construction of a five-story apartment and hotel structure on Washington Street that would tie in with the neighboring former Rip Van Dam Hotel, and the property of the Adelphi Hotel.

The application, filed by 353 Broadway Acquisitions, calls for the construction of approximately 86 new apartment units – 30 two-bedroom units and 56 one-bedroom units (for a total 116 bedrooms) - as well as 31 one-bedroom hotel rooms. The hotel office will be set in the existing stone house at 23 Washington St.

The corner building which houses a Starbucks Coffee Company store will remain. The existing building adjacent to it at 5 Washington St. will be demolished.

The dimensions of the proposed five-story structure on Washington Street would stand 70 feet in height, 118 feet in width, stretch 273 feet long, and would require a dredged/ excavated area of just over a half-acre.

Plans also call for new street frontage walkways on both Broadway and Washington Street to overall improve the streetscape. Vehicle access will be on Washington Street and a split-level parking layout, on the lower level and ground floor, will include spots for about 100 vehicles.

Earlier proposals approved for a portion of the site but never materially developed in the past have included the construction of a 176-room hotel with a 200-seat banquet hall.