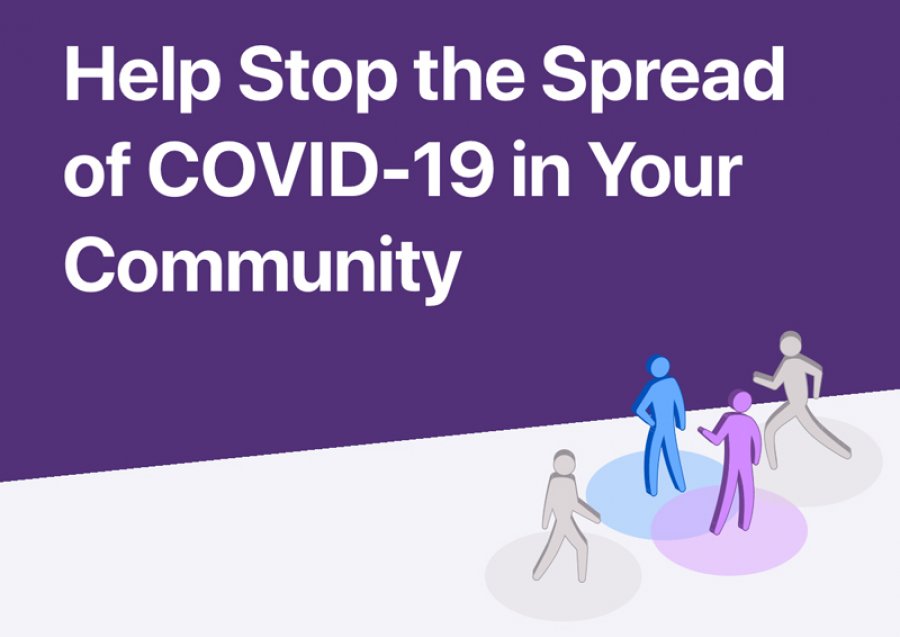 ALBANY —  The state has launched a mobile contact tracing app in partnership with Apple and Google software that will alert smartphone users if they were in close contact with someone who tests positive for COVID-19.

COVID Alert NY is a voluntary, anonymous, exposure-notification smartphone app created for the purposes of contact tracing. Contact tracing is key to slowing the spread of COVID-19 and helps protect individuals, their families, and entire communities, according to the CDC. It lets people know they may have been exposed to COVID-19 and that they should monitor their health for signs and symptoms of the virus.

“Contact tracing is awesome and our (Saratoga County) contact tracers have been working very hard – but it also relies on your memory,” says Tara Gaston, one of two Saratoga Springs Supervisors representing the city at the county level. “If you have COVID and you’re diagnosed, they ask you: Where have you been? Do you remember when you went to that gas station, and did you brush up against that person? Do you remember when you saw your neighbor out in the front?’ It relies on you remembering every place you’ve been, who you’ve been in contact with.”

The expectation is the app will “remember” contacts in greater detail than the human memory, and it will do so without compromising privacy or personal information.

“What I do right now is I have a Proximity List,” explains city resident Charlie Samuels, an awards-winning director and photographer and early supporter of the potential benefits of the system. “I’m a documentarian, so I write down everybody I come close contact with.  I have my own list. But who else keeps a list? And sometimes I forget. This would be an easy, non-thinking way to do that.”

In April, Apple and Google – normally competitors in business - announced plans to collaborate on building COVID-19 software into iPhone and Android operating systems.  On Oct. 1, in partnership with Google and Apple, the New York State Department of Health launched the COVID Alert NY app which enables the software to be used, for those who choose to do so.

The app leverages a private and secure Bluetooth-based technology that alerts you if a sick person spends 10 minutes or more within 6 feet of you, and lets you alert others if you have tested positive without revealing anyone’s identity, according to the state Department of Health.

“The important thing is it doesn’t tell you where you came in contract with them, or when – except that it would have been sometime in the previous 14 days,” Gaston said. “It can be beneficial, and I love the idea especially because there’s also so much privacy built into it. I’m a big pro-ponent of privacy and I don’t want people’s information being shared.”

The more people who download COVID Alert NY, the more effective it will be. The free mobile app is available to anyone 18 or older who lives, works, or attends college in New York or New Jersey, and is available for download from the Google Play Store or Apple App Store. COVID Alert NY is available in English, Spanish, Chinese, Bengali, Korean, Russian and Haitian Creole.

On March 1, the Bag Waste Reduction Law will go into effect across New York State. The law is meant to encourage shoppers to use reusable bags and cut down on waste. However, some see it as a downside.

The new law bans plastic bags that would be provided to customers at any state retailer that collects sales tax. Instead, stores will provide paper bags at an extra cost of 5 cents, which is collected as a state tax. Stores will also begin to sell reusable cloth bags for customers to purchase.

Not every plastic bag is banned under this new law. Exempt bags include those used to wrap food products and plants, bags for collecting bulk items, garment bags, trash bags and most importantly for us, bags for delivering newspapers. Shoppers are also encouraged to keep using the current plastic bags that they already own.

Local businesses are already preparing for the change. Healthy Living Market and Café in Wilton has already instituted a plastic bag ban at their store and recently began charging 5 cents for paper bags earlier this week. However, their paper bag decision was made long before the law was passed, and the 5 cents they charge goes to a local food pantry.

“We’re really trying to be a step above the game,” said Duane Hendershot, General Manager at Healthy Living. “We don’t care about the nickels and dimes, we care about the environment and getting people to reuse their bags.” Healthy Living Market and Café also offers a 10-cent discount for anyone shopping with a reusable bag.

In a recent Facebook post, Stewart’s Shops also announced that they would no longer have plastic bags, and encouraged members of the community to share their memories of the bags. Many commenters said they particularly liked Stewart’s plastic bags because they were thicker than other bags, and used them for carrying winter boots, cleaning cat litter, and using as garbage bags in small garbage pails.

While Stewart’s encouraged its customers to keep reusing their plastic bags, some expressed sadness and frustration about not being able to get new ones anymore. Others in the community think that the new law is a positive sign for the future of the environment. “A lot of people want their hands held and want things to be the same as when they were kids, but things change,” said local resident Daniel Abrams. “Maybe this makes life more inconvenient, but you just have to get another kind of bag. It may be annoying, but a law is a law.”

It is still unclear in the scientific community whether plastic bag bans are actually beneficial to the environment, or have unintended and harmful consequences. According to the Environmental Literacy Council, plastic bags take up less space in landfills than paper bags, creating less waste by volume. They are also reusable, unlike paper bags. However, plastic bags are not biodegradable and can be extremely harmful to marine life, clog sewer pipes and are some of the most common stray trash found on the planet.

Another study that examined a plastic bag ban in the state of California showed that after the ban was implemented, the sale of garbage bags skyrocketed. Garbage bags can be even more harmful than regular plastic bags, as they are made of thicker material and use more plastic. According to the study’s author, economist Rebecca Taylor, “…about 30% of percent of the plastic that was eliminated by the ban comes back in the form of thicker garbage bags.” Even reusable cloth bags are not without their harm, due to water use and other production factors.

No matter what bag consumers use, it may feel like a Catch-22. The best option for New Yorkers is to keep reusing whatever bags that they already have. Whether it’s plastic bags, cloth bags, tote bags, purses or backpacks, reusing what you already own is a better choice than buying something new. For more information on the NYS Plastic Bag Ban Law and other exempt plastic bags, visit www.dec.ny.gov/chemical/50034.html.

For Purposes of Clarification

In Saratoga Today’s Feb. 7 edition, the front-page article “So Long, Plastic!” omitted that at this time Saratoga County and the City of Saratoga Springs will not opt-in to the 5 cent paper bag tax under the Bag Waste Reduction Law.