A Conversation with Fred Guttenberg 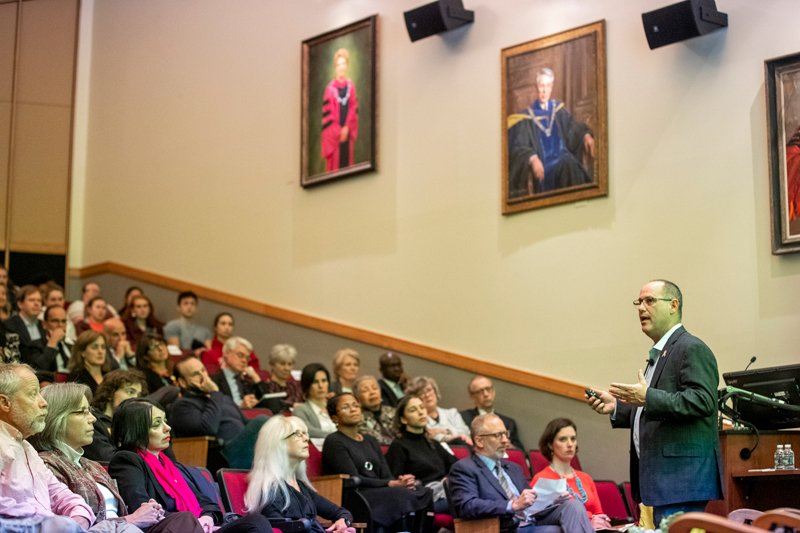 SARATOGA SPRINGS — Tragedy strikes when least expected, and in the aftermath, many think of how close to home the disaster was. In 2018, a mass shooting at a Parkland Florida high school took the lives of 17 people. One of those people was the daughter of Skidmore College alumnus Fred Guttenberg. On Wednesday, Oct. 16 Guttenberg returned to his alma matter and shared the message of his nonprofit in the name of his daughter, Orange Ribbons for Jaime.

Guttenberg is not a stranger to what many consider to be rare terrorist attacks on American Soil. Seventeen years earlier his brother was a first responder at the World Trade Center 9/11 attack in 2001.

Since his daughter’s funeral Guttenberg began to talk to his community not only about how tragic that day was, but how preventable that day could’ve been. He’s since spoken with members in legislation to work towards eliminating gun violence in the United States, including working with elected officials to pass Jamie’s Law, which will affect regulations of background checks to potential gun owners.

Here in Saratoga Springs, school safety has become a hot button issue in the past year, with discussions stating how rare such attacks are, and discussions around the varying ways to be prepared. At the end of the event, Guttenberg invited members of the audience to ask questions or provide comments. And much to what may have been a surprise, but more than one person had a comment as to how they have lost someone to gun violence, which was an unfortunate reminder that gun violence and school shootings are not as rare as we would hope.