Cancelled: Speech Not So Free at Skidmore 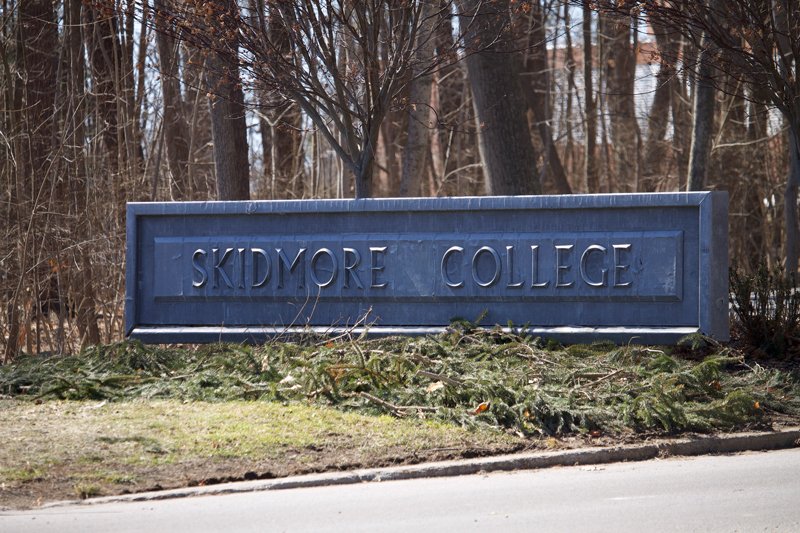 A Young Americans for Liberty (YAL) chapter at Skidmore College, organized by junior Hannah Davis, has been met with opposition. Photo by Jaynie Ellis.

SARATOGA SPRINGS — A Young Americans for Liberty chapter has been rejected from forming at Skidmore College, and its organizer believes that the decision signifies the already present “cancel culture” on campus.

Hannah Davis, a junior Political Science major at Skidmore College, began to organize a chapter of Young Americans for Liberty (YAL) over winter break. After starting an Instagram page to raise awareness, opposition towards the group began in the form of negative comments on posts. In addition, an author under the username AC created an anti-YAL Change.org petition. The author lists past events held by other YAL chapters in the description of the petition that show “patterns of racism, homophobia, and transphobia.” The petition has since gained over 1,700 signatures.

Most of this attention comes after the Club Affairs Committee at the college denied the chapter an 8-week trial period. Which, to Davis’ understanding, was to see if the club had interest and could be allocated funds. A chapter/club is not made official until after the trial period and a SGA (Student Government Association) Senate vote.

YAL is a student activism organization whose chapters are affiliated with the national political group and Congressman Ron Paul, promoting libertarian ideals such as individual freedoms and small government. However, individual chapters on each college campus are free to create and pursue their own goals, although the organization does advise against certain speakers or events.

“They don’t believe that government should be involved in people’s personal lives, and in the matters of marriage and other social issues that people on my campus value a lot,” said Davis. “That is where I thought we were going to reach common ground.”

Davis decided to form the club because of the culture existing at Skidmore that she has experienced herself. She describes the lack of political variation and speakers in the classroom, as well as the negative athlete versus non-athlete attitudes that align with the hostility between political viewpoints on campus, as reasons behind her chapter’s goals of reducing polarization, promoting free speech and analytic thinking, and holding the faculty and college accountable to provide students with a nonpartisan learning environment. Davis emphasizes that her chapter is working towards goals that are specific to the campus and vary from other chapters.

“I’ve gotten a lot of pushback saying that this is in response to something specific and that’s not the case,” said Davis. “This decision was not in response to any other club, any other organization, or any other efforts on campus. This was very much three years of what I considered limited viewpoints on campus being discussed.”

Davis has spoken to the Club Affairs Committee about their decision, and plans to make an appeal to the SGA Senate; the administration of the college is not involved in these decisions.

“The student leaders whom our students have elected as their representatives have the right to vote to decide the outcome of this process…I encourage all members of our community to exercise their freedom of speech and freedom of association and to engage with each other with patience, courtesy, and respect for one another.”

Saratoga TODAY reached out to Skidmore College’s SGA for a comment, but received no response.

More in this category: « Schuylerville Elementary School Student Wins Eden Renewables Solar Appreciation Contest Cursive Conundrum: Will Your Child Be Able to Sign Their Name? »
back to top