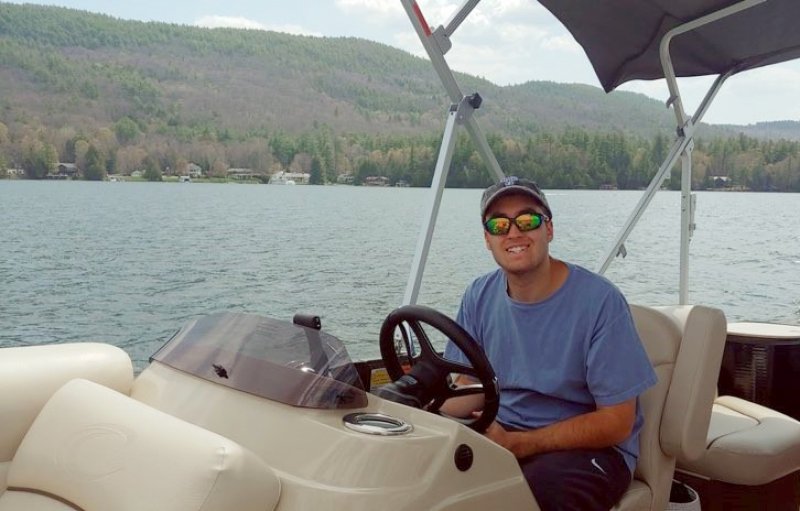 SARATOGA - You never know when a single event can change the trajectory of your life. In 2019, Allison Rodriguez and Scott Bonney were living in Staten Island with their son Joshua who is on the autism spectrum. As NYPD retirees, they wanted to move out of the city. Since Joshua was receiving valuable services, they knew where they chose to live was dependent upon finding him similar programs. Scott began researching programs when he read that Saratoga Bridges, in collaboration with the Upstate NY Autism Alliance (UNYAA), were hosting an Autism Expo & Art Exhibit. Having attended the Lake George Winter Carnival numerous times, they were familiar with the area. Allison and Scott attended and are thrilled to share these comments, “We were overwhelmed with all the available resources! It was truly unexpected as everyone was really friendly and welcoming - unlike what we were accustomed to in NYC. They explained everything very clearly and we left feeling elated." These experiences directly impacted their decision to move to Queensbury.

Since then, Joshua has been attending Living Resources Warren Day Community Opportunities Program where he enjoys bowling, playing with bunnies at Hop on Home, visiting the aquarium, parks and beaches and volunteering for Meals on Wheels and the Glens Falls Open Mission while working on his life skills. He is charming, funny, has a magnetic personality with many friends and an active social calendar. In fact, Allison and Scott have formed friendships with his friends’ parents. Joshua participates in his best pal Andrew’s Young Adult Social Group and together watch movies or eat dinner in Andrew’s apartment ﬁ their arrangement is Andrew cooks, and he cleans up. He and another close friend Leah sing, dance, do karaoke, swim in her indoor pool and he wants to join her in Saratoga Bridges’ Becoming our Better Selves group. Joshua loves the Sky Zone and Fun Spot, playing video games and watching YouTube videos. The family hikes, enjoys their pontoon boat, entertains in their backyard pool and volunteers with UNYAA.

On Sunday, April 10 from 12-3 p.m., Joshua, Allison and Scott invite you to join them at the 10th Annual Autism Expo & Art Exhibit held at the Saratoga City Center. Allison gets tears in her eyes describing when Kristin Howarth from UNYAA asked to them to help because she knows the importance of having access to vital resources at one venue. She wants to make connections and give other families the same opportunities that changed theirs!

More in this category: « BSHS Students Collect Donations for Ukraine SSCSD Board Calls for School Violence Report and Action Plan »
back to top