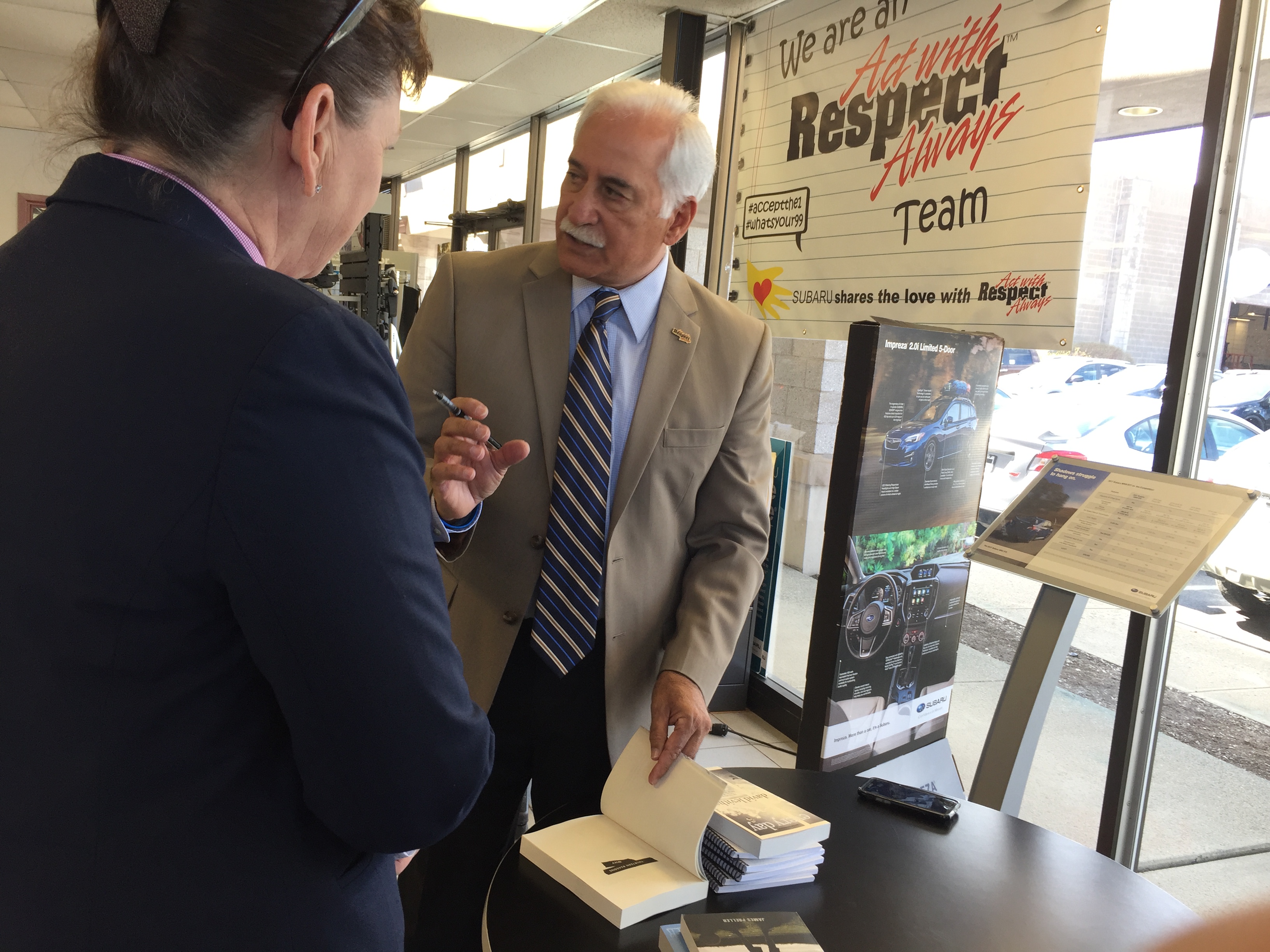 WILTON – Closing out its most recent “Share the Love” charity campaign, New Country Subaru on Route 50 presented a check for $7,388 to local anti-bullying organization, “Act with Respect Always” (AWRA).  Headed by former Saratoga Spring tennis coach Rich Johns, AWRA visits schools and encourages students to understand what their peers may be going through and to treat them with respect.  This is New Country’s ninth year participating in Subaru’s nationwide Share the Love campaign.  In 2013, local dealerships were allowed to choose charities within their own communities to raise money for, alongside other nationally recognized organizations.  This year, the other charities included the ASPCA, Meals on Wheels, the Make-a-Wish foundation, and the National Park Foundation.

This marks the first year that New Country Subaru chose to raise money for AWRA.  Annie Robillard-Esposito, regional representative for Subaru, said that it is up to the specific retailer whether or not they work with a charity again for future Share the Love campaigns.

“It’s not just to sell cars, and do it for business,” Robillard-Esposito said.  “It’s actually to do the right thing for the community.”

The Share the Love event raises money by allowing every customer to choose a charity they wish to donate to, and for each car sold, Subaru of America donates $250.  Customers are able to choose multiple charities, so the amount often ends up split however many ways for each charity chosen.  This most recent campaign lasted from Nov. 17 to Jan. 3.

As part of his work with AWRA, Johns tells people to accept the “1-percent” of others, meaning their outward differences such as appearance and class, and to get to know their “99-percent,” meaning the inner workings of a person that define them far deeper than tangible traits.

“I’m working hard to take away those labels on the 1-percent,” Johns said.  “That we should all be accepted for who we are, what we look like, where we live… you are driving a different automobile, but I want to know what’s inside you, and that’s the 99-percent.”