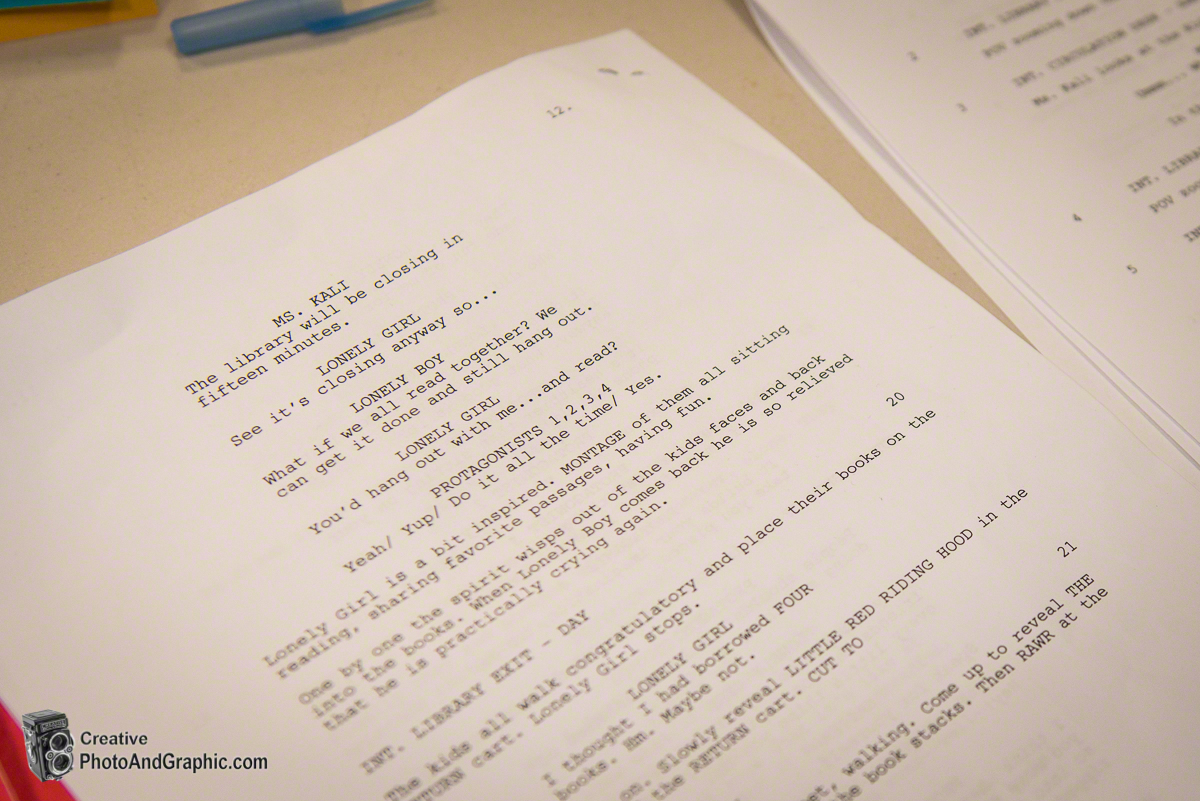 SARATOGA SPRINGS – A director discusses the specifics of scene D-14 with his actors and crew, stressing that 5-6 shots will be needed. Meanwhile, a short ways away on the set, other actors patiently wait on their marks, going over their lines and directions for the upcoming shots. All the while, the cast and crew eagerly await the completion of the last few shots so that can finally take their lunch break for the day.

But this film set is not in Hollywood, or somewhere else far off. It’s right here at the Saratoga Springs Public Library (SSPL). And that cast and crew is not made up entirely of film industry professional. Rather, it is composed of local students, learning about film production for a good cause.

Filmmaker Mike Feurstein returned to the Saratoga Springs area for a five-day film residency as part of the Don’t Wait to UnMake a Bully program, a partnership between his How to UnMake a Bully program and Lisa Bradshaw’s Don’t Wait Project. Through the program, Feurstein works with students in districts nationwide, using roles on a film set to teach them about treating others with respect and how to avoid being a bully. After the in-class lessons, students take what they learn and use their new skills to help produce an anti-bullying PSA. This most recent residency ran from April 17-20, with filming at the library taking place in the last three days.

“We meet the classes for the first time on a Monday and talk about bullying, kindness, citizenship, digital citizenship, cyber security, and things like that for the first 45 minutes,” Feurstein said. “The second 45 minutes is learning how to make a movie, and we learn all the roles, and I tie the roles into civic responsibility. So the sound guy is a good listener, and the director is a good leader as well as a good listener. So we tie in the jobs of a movie set to how you should e behaving in a civilized society.”

This is Feurstein’s second time working with students on a project in the SSPL, having worked there for the first time two years ago. This year, he is working with students mostly from the Saratoga Springs City School District, as well a few from South Glens Falls and Burnt Hills. The short film that they came up with has an appropriately library-inspired theme, with villainous characters coming out of various books and possessing the bodies a various children, causing them to act like bully.

“The Queen of Hearts is acting all boisterous and bossy,” Feurstein said. “And the Wizard of Oz is acting boastful”

According to Youth Services librarian Kali Nagler, the film will premiere to the families of the students and the public in a special screening on June 15, and in the fall, they will feature the film as part of a planned anti-bullying awareness day alongside the first film produced in 2015. The film will also be shared on Feurstein’s YouTube channel, “Unmaker Mike.”

“I think a lot of them are learning that making a movie is hard work,” Feurstein said. “And it’s collaborative, they have to work together, they have to listen.”