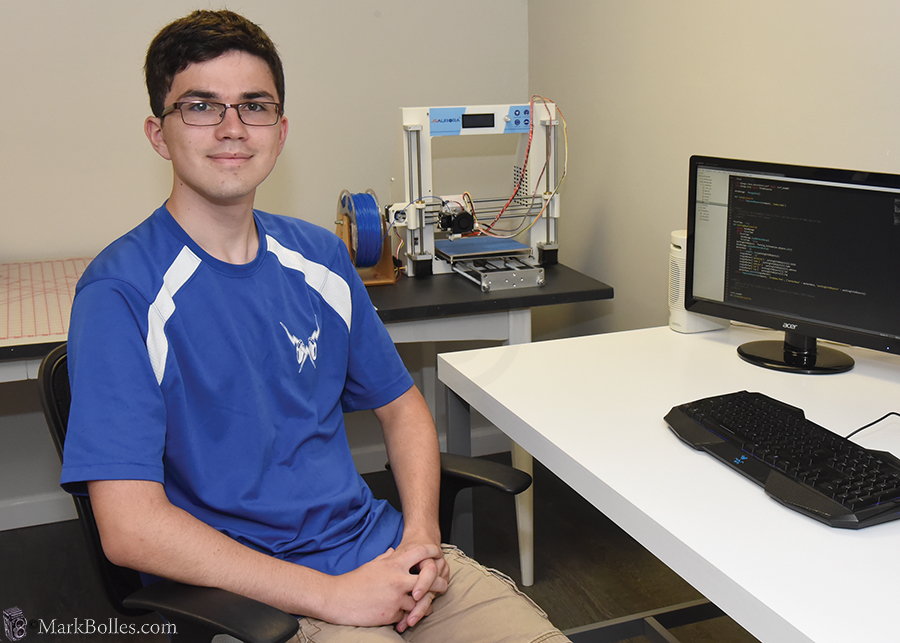 SARATOGA SPRINGS – Collin Bolles, a rising senior at Saratoga High School, was the first place winner of the Saratoga GO! competition. This was a Smart City technology competition that “challenged individuals, small businesses, and software companies to create community innovations that would improve the quality of life for residents, businesses and institutions, or visitors in any city.”

This competition was three months long and provided participants with several workshops to attend. These workshops provided them with helpful information and valuable resources to guide them in the development of their application. Winner Collin Bolles first got involved in April when his AP computer science teacher, Mr. Shanks, encouraged him to look into it.

“The competition was very interesting and a little stressful. Due to the nature of the competition, I did not know what or how many people I would be up against. I started the app in April almost immediately after hearing about it. However, I had to take a break from it, as I and five other members of the Bluestreaks Robotics 8828B team competed at the World Championship. I took time from May to June to get some work done at the app before finals.”

Bolles’ winning application is to assist visitors and residents in finding parking in Saratoga.

“The way the app works is parking lots appear as Google map icons. The purple icons mean that the lot is not being monitored, orange means it is being monitored. If you click on the icon, you can see the number of spots available.”

This is a web based application and will be free as to allow many people to utilize the data. The city will pay to use the application as it will help to drive people to different shops downtown and different restaurants, all due to parking availability. Before the app can become useful though, the city has to install the sensing units into the parking lots.

As a high school student with a job, Bolles stays busy, so public consumption of his app is not in the works just yet. Before public release, he would like to work on adding key features and perfecting the existing app before presenting it to the city. Next year he will be taking a course called Independent Study of Computer Science, this class will be the specific chunk of time he sets aside to work on his application. Once he feels it is perfected, he would like to present it to the city of Saratoga.

“As a high school student going into senior year with a job and looking at colleges, setting aside dedicated time to develop the app is difficult.”

Bolles was awarded $500, development boards, and a Google Home.

“The $500 will either go into my college fund or be used to buy additional sensors and hardware for my app. I may create a Google Home application to allow users to ask Google the best place to park in Saratoga. I certainly would like to continue developing apps and software throughout college and into my professional career.”

Bolles wishes to thank Mr. Shanks for providing the knowledge to him about this competition and a solid education. David Burton, a volunteer with his robotics team that gave him his first structured look in software development by teaching him professional software tools and practices. Paul Davis, his robotics mentor who provided an incredible platform for him to develop his engineering and problem solving skills.

“As well as my parents, of course, who have given me the independence and support to allow me to develop my software abilities.”

If you would like to check out Collin’s app, visit www.ParkingInSaratoga.com.