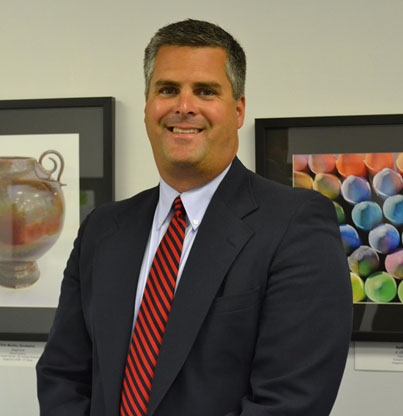 SARATOGA SPRINGS – The Saratoga Springs City School District Board of Education has announced their intent to appoint Dr. Michael Patton, currently the superintendent of the South Glens Falls Central School District, as the new Superintendent of Schools for Saratoga. Patton is expected to begin his duties January 1, 2018, and has been offered a three and one-half year agreement with an initial salary of $182,000.

“Dr. Patton is a proven leader and outstanding communicator,” said JoAnne Kiernan, Board of Education President, “his ability to connect with individuals and groups at all levels enables him to tap into the best of our community’s culture, talent and commitment to successfully lead our district into the future.”

Patton has been superintendent in South Glens Falls for the last six years. Before that, from 2004-2011 he was principal at Queensbury High School and from 1996-2004 he served the Ballston Spa Central School District, first as a guidance counselor and then as assistant principal at the high school.

“I am honored to have been offered the opportunity to serve the students, staff, and community of Saratoga Springs as their new superintendent of schools,” Patton said.