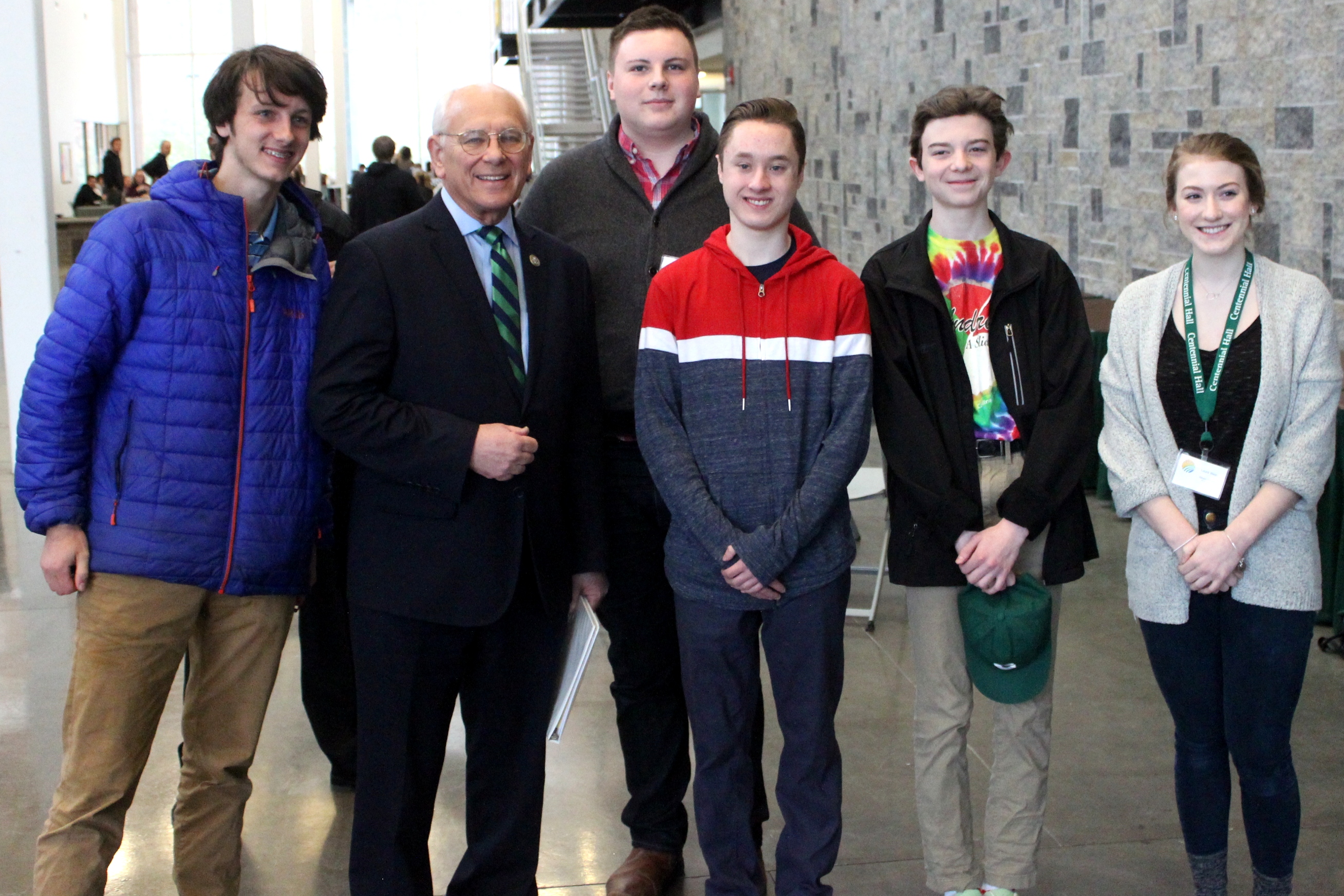 MALTA - A Capital Region Youth Climate Summit was recently held at the Hudson Valley Community College’s TEC-SMART facility in Malta.   The NYS Capital Region Youth Climate Summit brought together students and teachers from high schools around the Capital Region of New York State to learn about climate change and develop Climate Action Plans for their schools and communities. The Capital Region summit was modeled after the Youth Climate Summit held at the Wild Center in Tupper Lake and combined informative plenary sessions and workshops in a fun atmosphere. National experts including Susan Powers from Clarkson University, iMatter, and the Sunshine Movement as well as students from The Wild Center/ Alliance for Climate Education presented at the summit.  The students were excited to hear from Congressman Paul Tonko on steps that are being taken by representatives in Washington to help address environmental issues. Congressman Tonko was able to hear directly from the students their ideas for reducing their footprint in their communities.  The team of students from Schuylerville won a gift card at the end of the summit based on their Climate Action Plan.  They will use the award to help implement their plan in their community.   The team from Queensbury earned a gift card to help with environmental projects in their community for having the most sustainable lunch at the summit.  The summit was held as a result of generous sponsorship from the Stewarts Holiday Match, Brookfield Renewable, The Wild Center and Hudson Valley Community College.  The Summit was organized and coordinated by students and teachers from the Ballston Spa Central School District, the Clean Technologies and Sustainable Industries ECHS and Schuylerville Central School District with help from The Wild Center in Tupper Lake.