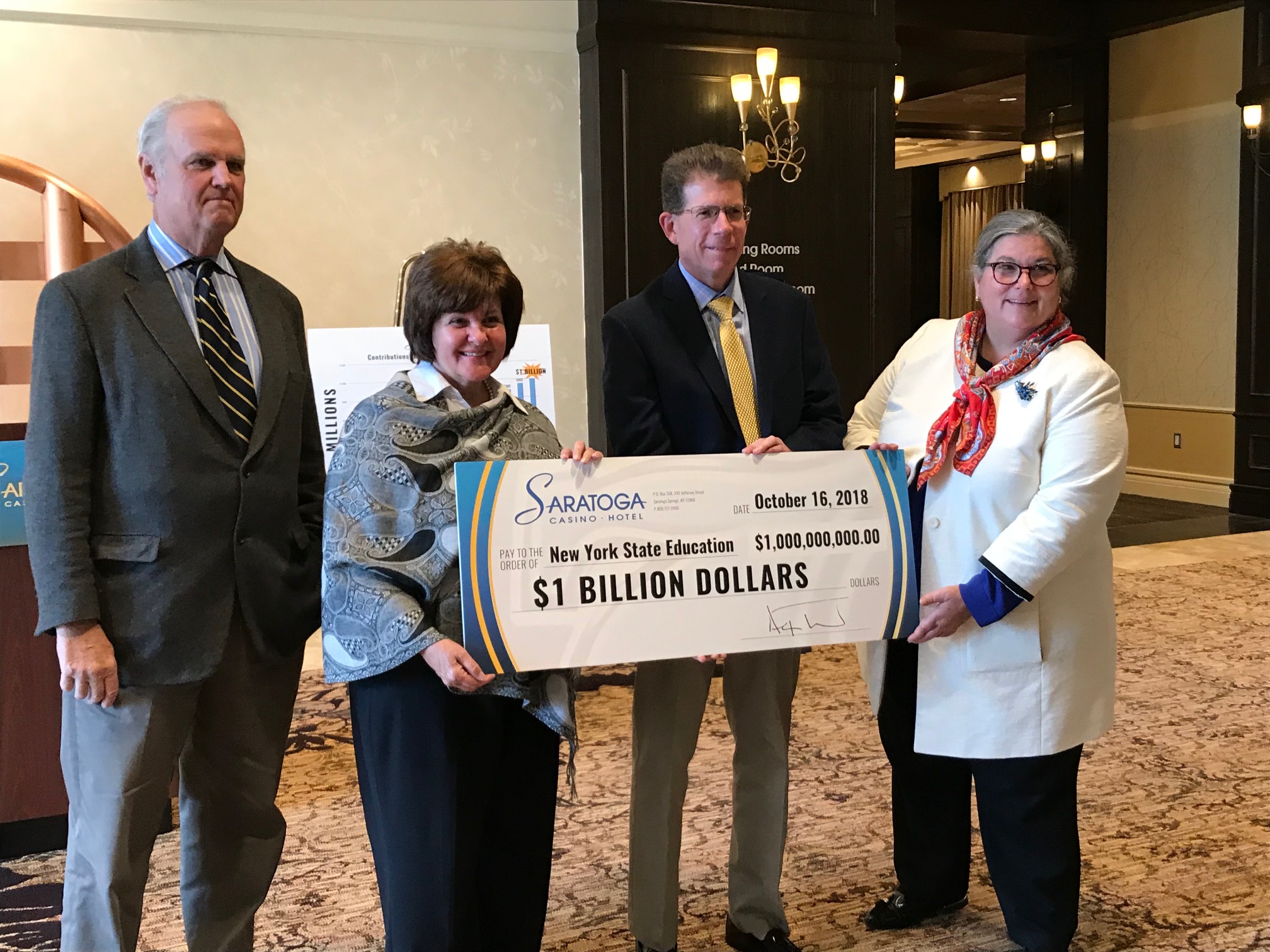 SARATOGA SPRINGS — On Saturday, Oct. 6, the Saratoga Casino Hotel reached a monumental achievement in the history of the 77-year-old property: since expanding the harness track into New York State’s debut VLT facility in January 2004, the casino has officially contributed one billion dollars to New York State Education.

Saratoga Casino Hotel contributes 48 percent of their total gaming revenues to New York State Education on a weekly basis, where the funds are then allocated across the region and state accordingly. With only nine gaming facilities across the state that are a part of the New York State Gaming Association, Saratoga Casino Hotel is only the third property to surpass the billion-dollar threshold for education contributions.

“Since opening the doors to our casino in 2004, we’ve worked diligently to develop an historic harness track into a strong entertainment destination for our region and New York State,” said Daniel Gerrity, President of Saratoga Casino Hotel.

“This is something we’re very proud of, and we could not have achieved this without the commitment of our team members, unions and trades staff,” Gerrity continued.