Athlete of the Week: Renee Banagan 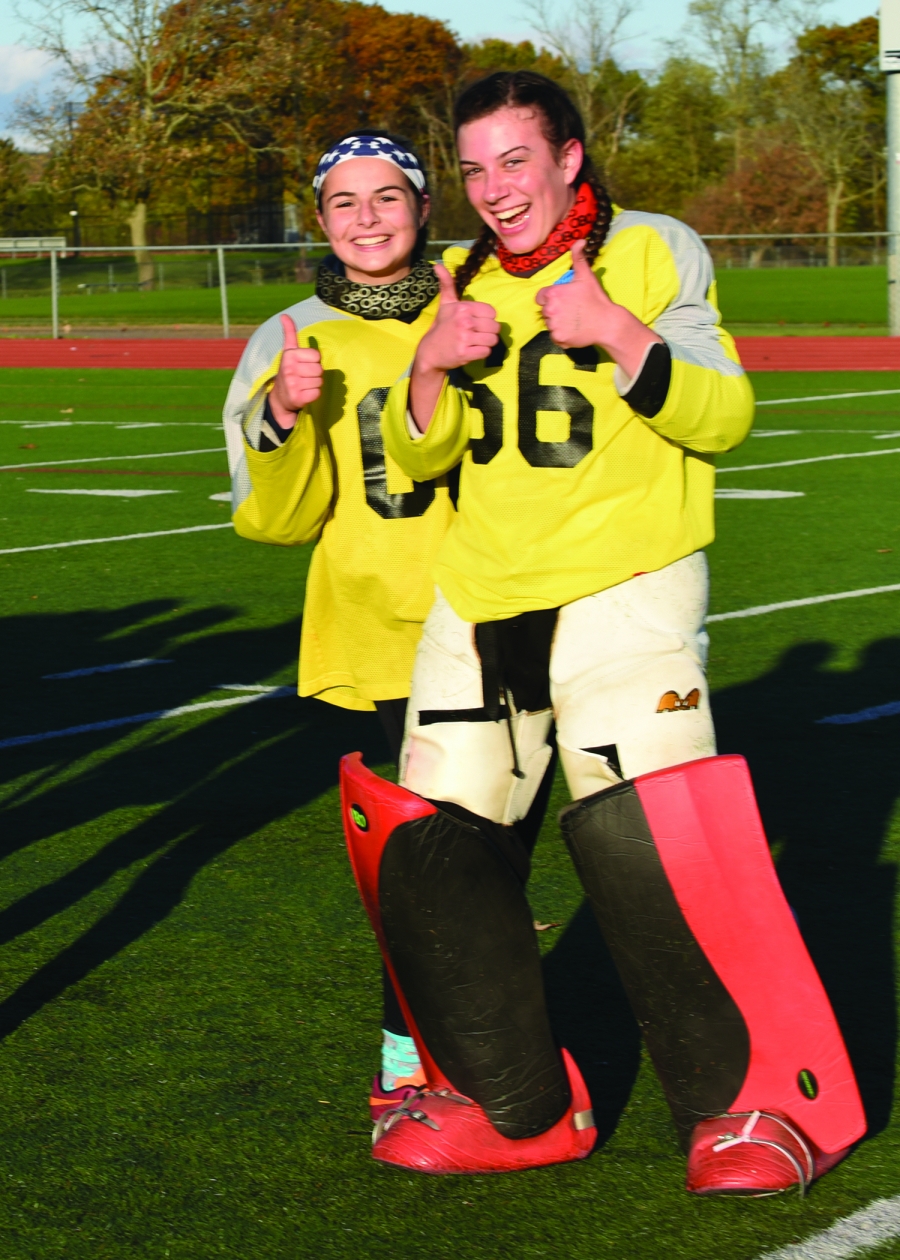 SARATOGA SPRINGS — Renee Banagan is a senior at Saratoga Springs High School who has been playing field hockey for the Blue Streaks since seventh grade modified. She is the team goalie.

“I actually didn’t play field hockey last year, I took a break for the Robotics Team but I have been on the team since modified. I’ve just been with it ever since then and this year we actually ended up winning the Section II championship in the Class A division, which is really awesome. We made it to regionals and ended up losing to Baldwinsville, but that’s okay. We all just really wanted to win sectionals this year and we did that. We became a really strong family through this past month of field hockey and that was really cool. Field hockey is by no means an individual sport,” Banagan said.

Banagan had nothing but praise for her coach, Joanne Hostig, “playing for her is a lot of fun. She really cares about us and how we play on the field. She gives us every resource that we could really need to be at our best for every game. We’ve had personal trainers come in, we’ve had a lot of new equipment this year, and since Saratoga doesn’t have turf space, we’ve been able to rent out a lot of turf spaces thanks to our awesome Booster Club. So she really just tries to provide us with anything that we need to be the best that we can be.”

Banagan is also on the school’s Robotics Team and has been active since eighth grade.

“Way back in eighth grade, Mr. Sweeney, a technology teacher at Maple Ave Middle School had heard about this robotics program called VEX Robotics and he bought a starter kit and he told any kids that wanted to come in after school and help build a robot for a competition could drop by and help out. So me and ten other kids went and did that. I fell in love with it. The next year we bought a few more robot kits and grew into a couple separate teams and ended up competing all around NYS,” she explained.

This year, the Robotics Team was a state finalist, earning them a spot in the world competition in Kentucky. Banagan is in the TECHSMART Program, and through that she is earning a year’s worth of college credits and with a grant that they provide her, she is able to go to Hudson Valley Community College for a year free of cost.

“I think I might take advantage of that,” she laughed, “I’ll finish my associates degree in mechatronics, which is what I’m currently working towards, and then hopefully I’ll transfer to a four-year school like RIT and finish with a mechanical engineering degree.”

On top of robotics and field hockey, Banagan has been to Uganda twice, with a third trip this upcoming February, through AOET (AIDS Orphans Education Trust Fund).

“My neighbor is part of the New England Presbyterian Church and through that church there has been a lot of people who have gone to Uganda with this organization. My neighbor knew that I’d always wanted to travel so they informed me about this and I went for the first time in 2016. It was a two week medical mission trip. We were bringing over medical and school supplies for local schools over there. We performed somewhere around 600 physicals on children,” Banagan said.

Travel expenses for AOET are out of pocket. The money they fundraise goes into the organization, which has two schools in Uganda, a primary and a secondary school, and a medical  clinic. The program also has a sponsorship aspect where people from around the world can sponsor a kid for $38 a month. This money provides them with schooling, access to the medical clinic, and at least one meal a day. Banagan’s trips typically line up with school breaks, resulting in her only missing one week of school instead of the full two that she’s gone.

“I always try to go in ahead of time and get my work. I always talk to my teachers, just to make sure they know what’s going on. They’re so great about helping me stay on track with what I need to know,” she said.

This year, her favorite teacher is Ms. Narkiewicz, her physics teacher.

“She’s a really great teacher. She really cares about her job and her students and she wants to build basically a class that’s going to help benefit us the best it can,” Banagan said of Narkiewicz.

Banagan said that the best part of her senior year is, “the freedom I have. It’s really awesome just to be able to do things with my friends after school.”