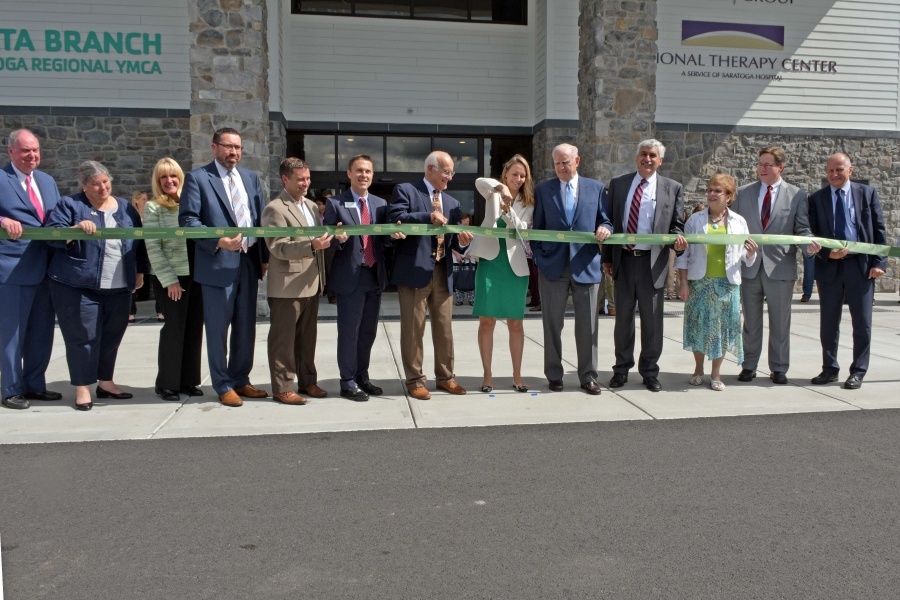 SARATOGA SPRINGS —
On Tuesday, September 18, the Saratoga Regional YMCA officially opened the doors on the Malta YMCA. The new Y is approximately 35,000 sq. ft. of a 55,000 sq. ft. facility shared with Saratoga Hospital and includes an Early Learning and School Age Child Care Center as well as a Healthy Living Center. Andrew Bobbitt, Saratoga Regional YMCA’s CEO says he is excited to expand the Y’s mission in the community.

“The Y is more than a place to work out — we’re a place of community. With our new facility, we’ll be able to have even more of an impact in Malta and the surrounding communities as we can now serve up to 6,000 members.  Of course, our members will have access to new machines and spacious exercise rooms, but there will be so much more. We’ll be offering early learning readiness programs for our smallest community members, before and after school care (B.A.S.E.), as well as some very exciting partnered programming with Saratoga Hospital.”

“We’d like to thank the major donors who supported this project: Stewarts and the Dake family, Adirondack Trust, the DeCrescente family, and Ballston Spa National Bank,” Bobbitt continued.

“I said at the groundbreaking ceremony that synergy is the creation of a whole that is greater than the simple sum of its parts. To us, this partnership is the exemplification of synergy. The Y and Saratoga Hospital are leading the way for community integrated health in our area. Times are changing and our approach to community health needs to adapt. We at the Y, together with our community partners, are committed to finding better ways of improving the overall wellness of our community by considering the whole person: mind, body, and spirit,” said Alysa Arnold, President of Saratoga Regional YMCA Board of Directors.

“This project really was touched by so many people... Really the roots go back to what is a philosophy of our board... That where appropriate, and where we can drive value, collaborating with a partner is really our preferred approach. We’ve found that that has worked very well on a number of occasions. This property is an excellent representation of partnering,” Angelo Calbone, President and CEO of Saratoga Hospital, said.

“This has an interesting feel to it in that hospitals tend to be a little sterile and aloof and the presence in the Y gave it a much warmer potential feel that may make people significantly more comfortable,” Bill Dake, Chairman of Stewart’s Shops, explained.

“This has been a project years in the making,” Bobbitt stated.