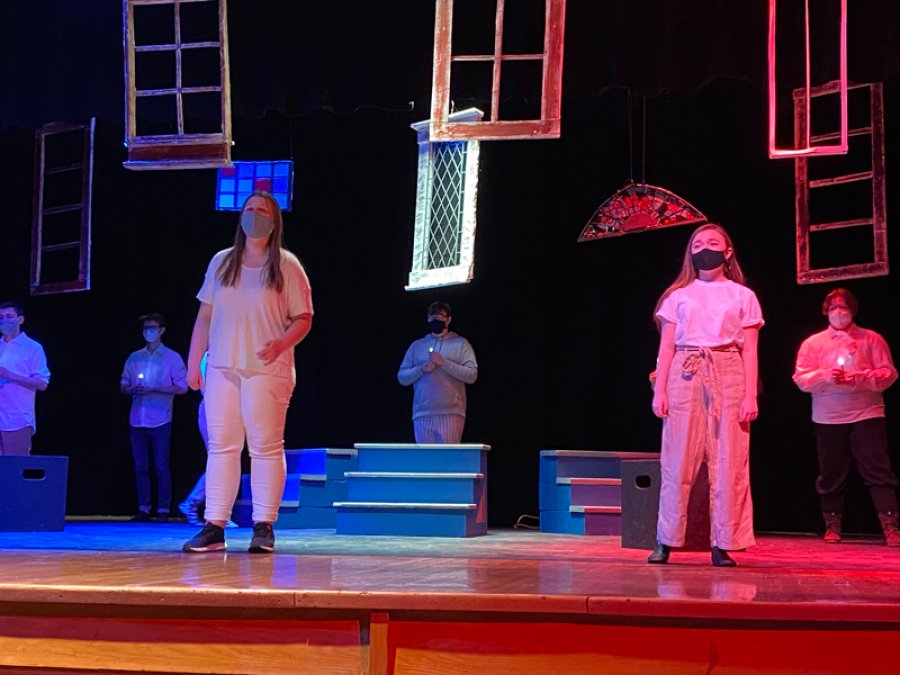 Songs for a New World is the first musical written by Tony Award winner Jason Robert Brown and premiered Off-Broadway in 1995. It is a contemporary song cycle that unites fictitious and historical characters through themes of self-discovery, love, and connection made in times of the unknown. This production features the innovative work of three student technical crew members and fifteen student performers. Songs is directed and produced by high school music teacher, Betsy-Stambach Fuller, with collaborative efforts from Tina Hayes (associate director), John Benware (pianist), and Chris Reed Jr. (audio engineer).

Shows will be streamed virtually at 7:30 p.m. on both Friday, April 16 and Saturday, April 17. Tickets are $15 per device and can purchased at this link: www.showtix4u.com/event-details/47931.

This production is presented through special arrangements with MTI: Musical Theatre International (mtishows.com).

For more information, please contact the production’s director, Mrs. Betsy Stambach-Fuller, at This email address is being protected from spambots. You need JavaScript enabled to view it.. 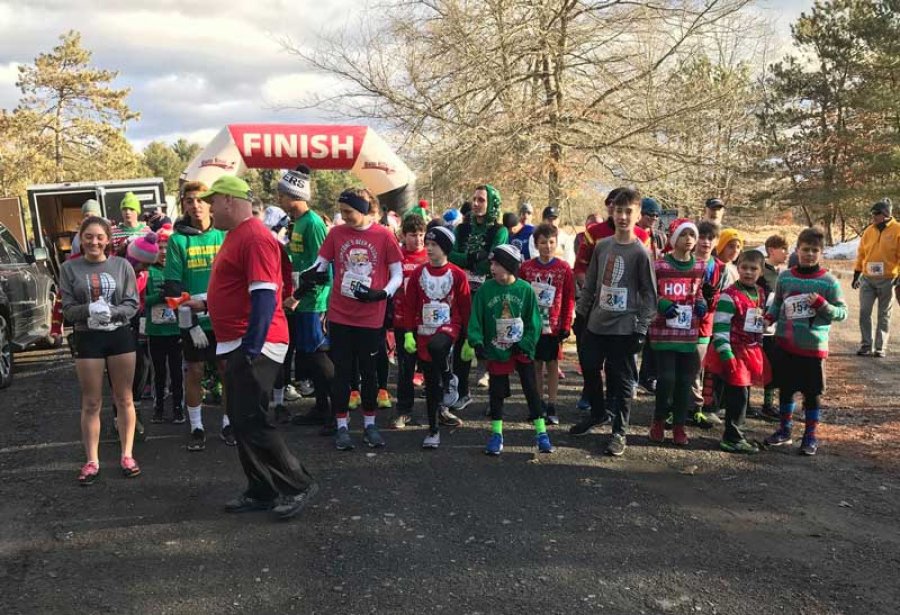 SCHUYERVILLE — The Schuylerville Drama Club would like to thank everyone who participated in its 5K Ugly Sweater fundraiser run! Proceeds will go towards the drama club’s middle school production, The Wizard of Oz, which will be performed March 6 and 7. Of the 157 runners, the top finishers were Megan Vianese and Daryl Headen. Winners received a medal and a ticket to the show in March. In addition, 55 items were donated to S.A.F.E.R.