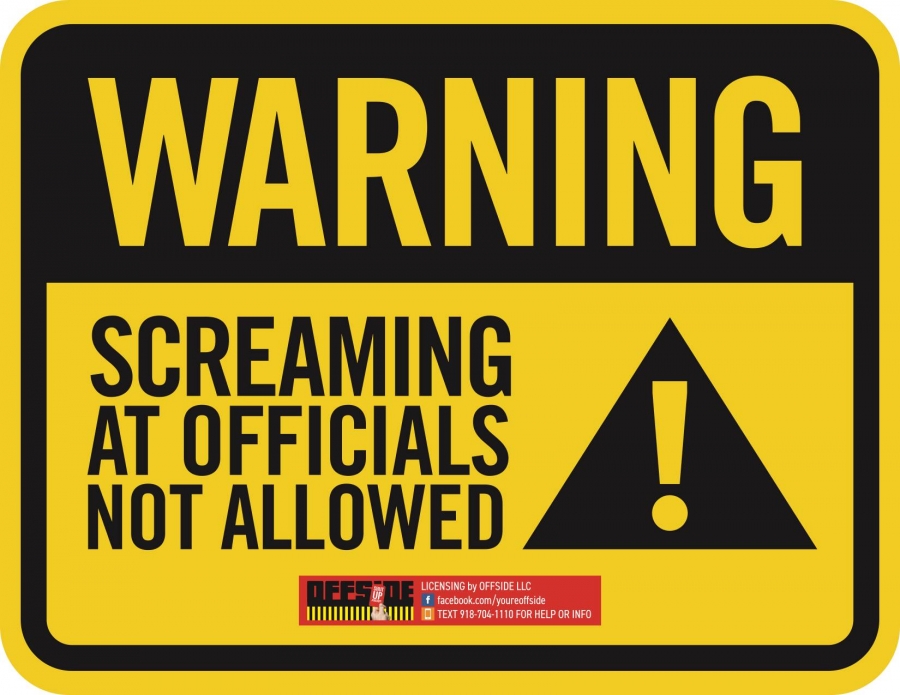 SARATOGA COUNTY — Jim Mangano, a licensed high school varsity girls’ soccer referee for the last 20 years, is involved with the S.T.O.P. Movement, which stands for: Stop Tormenting Officials Permanently. S.T.O.P. was started over a year ago by a referee named Brian Barlow, from Tulsa, Oklahoma whose goal is to decrease the incivility, violence, and referee abuse in all sports.

“The environment itself… Either it’s winning is everything or it’s the only thing that will make you happy is if you win,” said Mangano.

Mangano appears in all games that he refs wearing his S.T.O.P. vest. He spends time at each game talking to fans, players, and families about what the movement is and how they can help.

“When it comes down to a ref being on a field, we’re held to a standard where we can’t turn around and say anything, because for one, we’re licensed, we recertify every year in every group that we’re in. Then people look at us and say, ‘but you get paid to do this.’ So, it’s like I get paid to take the abuse. That just doesn’t fly,” Mangano explained.

Mangano has refed games where he’s taken it to the extremes. If he sees a player who is knowingly aggressive, he’ll blow the whistle before they actually do something to someone because from watching them, he knows they’re going to hit that person, which then puts him in a conundrum because the parents say there was no contact.

“One of the things I’ve also had to do over the years is intervene between parents and players on the field. I’ve had to say, ‘by yelling at them, you’re taking your child’s head out of the game.’ That’s a dangerous situation for them because they’re not focused, they might get hurt. Then that also leads to what comes back to us as refs is when they say, ‘you’re not looking out for the safety of our players,’” he explained.

As Mangano explains it, there are four different groups while refereeing a game: the coach, the parents, the players, and the refs.

“Everybody comes to the game, except the referee, because they want the win and they also point fingers. You call a foul on a player; the parents want revenge, the coach wants revenge,” Mangano said.

The bottom line is: Mangano has seen it all over the last 20 years. Parents physically fighting each other; parents and coaches threatening him and other refs; police officers having to escort refs off the field for their own safety. While he doesn’t imply that it’s every parent or coach who is volatile, it’s the few that are who put a damper on the environment for the rest.

“I haven’t refed a game in five years without having a cell phone in my pocket,” he explained.

Because he believes that if he can catch the bad behavior on video, parents and coaches alike would be too ashamed to act that way again.

For more information on the S.T.O.P. Movement, visit www. facebook.com/youreoffside, the original site for the movement created by Brian Barlow.