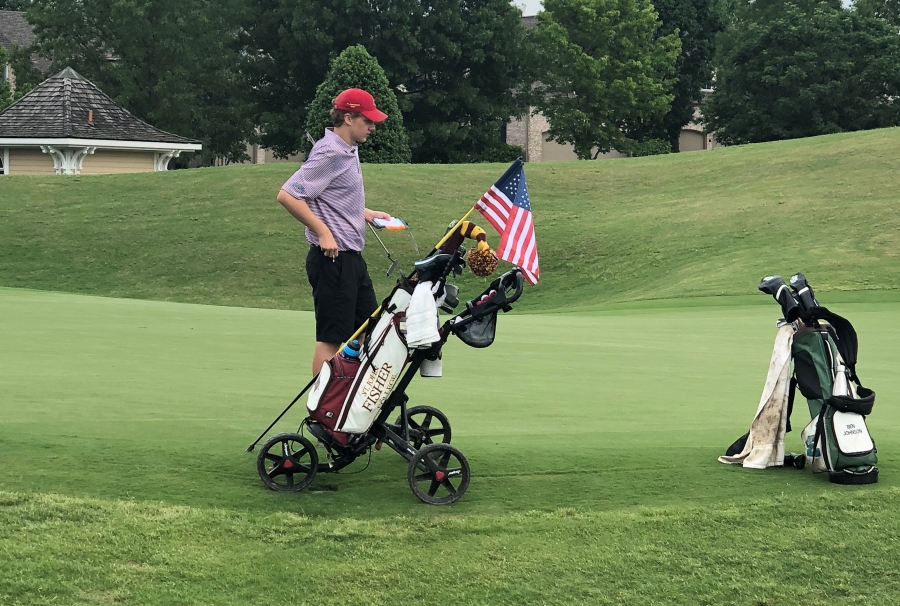 SARATOGA SPRINGS — Christopher Thompson, a 2015 alum from Saratoga Springs High School, and a current senior at St. John Fisher College (SJFC) in Rochester, where he is studying economics, has been having an amazing golf season. Golfing since he was five and his dad brought him a set of junior golf clubs, Thompson decided to follow in his dad’s footsteps and play golf.

While in high school he played four years of varsity golf, was named the Most Outstanding Player in 2013-14, was named Section II Player of the Year in 2014, won the Section II title in 2014, and averaged 36 for nine holes in his senior campaign, was the recipient of the Dottie Pepper Award in 2014.

"That was pretty awesome! I've met Dottie a few times and just knowing how accomplished she is and all that she has done,” Thompson said.

Thompson has been a member at McGregor’s Links for eight years this summer, where he has been club champ since “before he could drive.”

In college, the accolades didn’t cease. He participated in eight tournaments as a junior, averaged a score of 80.58, posted best finish at the Empire 8 Spring Championship, with a fourth-place finish and a finishing two round score of 161.

"I like that it's all on you out there. You can't really blame anyone else but yourself if you play bad. I also love playing all of the different courses. especially in Rochester, there are several very nice golf courses to play on,” Thompson stated, explaining his favorite thing about golfing.

On Sunday, Sept. 9, the St. John Fisher College men’s golf team entered the SJFC Invitational’s final round with a 31-stroke lead and finished the 54-hole tournament in first place after carding a combined team score of 892 (+32).

"He's done really well at tournaments in the past, but this is the first time he's won one of the tournaments,” said Valerie Thompson, Christopher’s mom.

SJFC had had four golfers finish in the top five, led by Thompson, who placed first with a three-day score of +5 (220) after shooting even par on Sunday. Thompson recorded five birdies over the final 18 holes, including three consecutive birdies to overtake the top spot.

"He's shy, he's humble. He's not like his mother at all," she laughed, "because I will tell you how great he is."

Thompson credits his parents, Valerie and Bill Thompson, as his biggest supporters. Thompson plans to enter the accounting or finance field after graduating from college this spring.