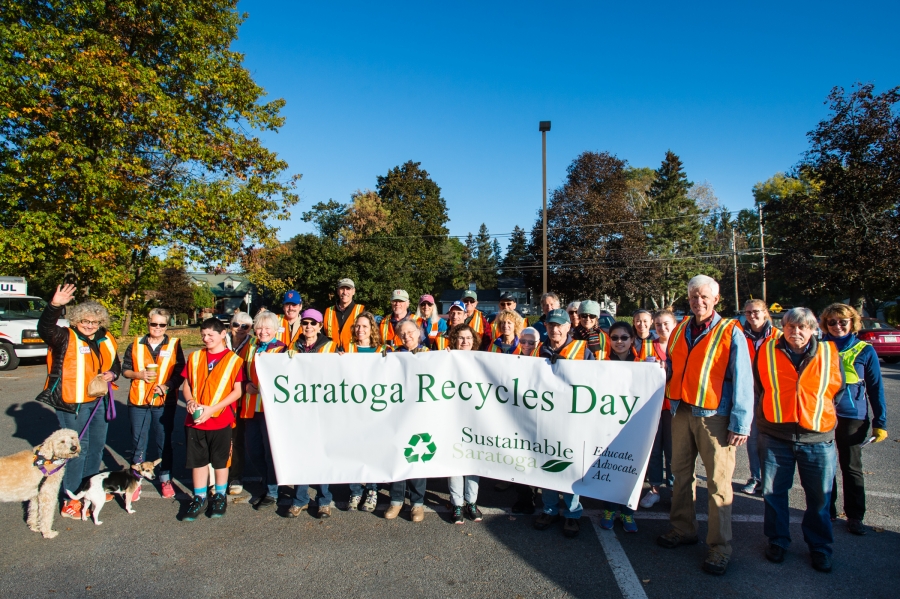 On Saturday, Oct. 21, retired teachers Art and Julie Holmberg, with a committee of 6-8 people and the help of the environmental class at Saratoga High School taught by Jody Visconti, and the Honor Society, among many others, came together to create Saratoga Recycles Day.

From 9 a.m. to 2 p.m., roughly 500 cars came through and donated everything from electronics, metals, bicycles, small appliances, and textiles such as hats, towels, clothes, and rags, in any condition. Some textiles were recycled and some were redistributed. They shared the proceeds with the Saratoga High School clubs.

Starting late last winter, the committee began to volunteer their time and organize the event, which included the vendors JGL Recycling in Colonie, American Clothing Company in Glens Falls, Bike Toga in Saratoga and Upstitch.

“It began with reading an article about Bethlehem. Dan Rein was named recycler of the year and so I looked on the website and saw what they did and how much they gathered. We patterned this after the Bethlehem program that has been recycling and having a recycling day for the past four to five years,” Art Holmberg explained.

“This was a very cooperative effort with Saratoga Springs Central School District. It started off with just environmental classes lending a hand and turned into the Honor Society helping. The students primarily helped with textiles and unloading cars,” Holmberg said.

Skidmore College students developed a pamphlet that talked about all of the places you can bring your recycling products in the local area, listing what they accept, addresses, etc.

“In general I go to Weibel Avenue transfer station and see what people throw down into the landfill and I just shudder when I see what’s been thrown in there that could be recycled and reused,” Holmberg said.

“There’s so much in recycling and reusing that we need to do more of as Americans and particularly in Saratoga,” Julie Holmberg added.

Bike Toga took 25 bikes to repair and then redistribute to the people of the community at a very low cost, and seven people exchanged bikes on the spot.

The Backstretch Employee Service Team (B.E.S.T.) took 12 bikes to keep on hand for next season. They collected a great deal of textiles as well.

Statistically speaking, Americans generate about 84 pounds of clothing every year and 70 percent of that material goes into a landfill, taking years to break down.

The committee members have already planned the event for next year, to take place on Oct. 20, 2018.

“We were so encouraged by the community’s response, we were very thrilled,” Julie Holmberg said.

“Start packing things up for next year. Eventually, with enough help and support, we could do this twice a year. It was a shot in the dark, but we succeeded,” added her husband. 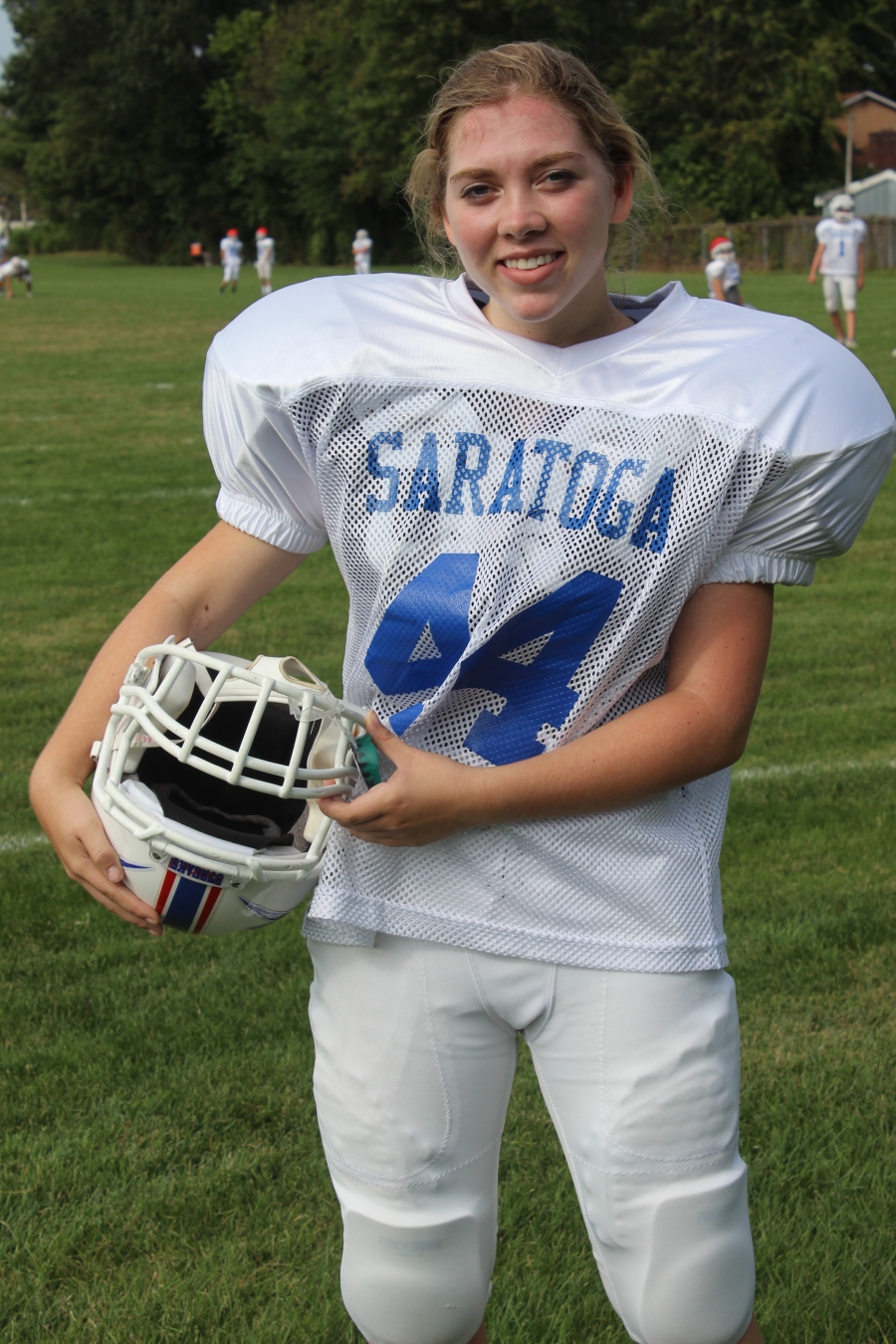 All photos by Lori Mahan.

Head Coach Terry Jones, who was an assistant coach for the football team from 1999 until 2007 when he became the head coach, said this is the first female he’s ever had on his team.

“We had an informational meeting last spring for anyone interested in playing football and she showed up. At that meeting, everyone there was given information about summer workouts and everything and she did not miss a single work out all summer. She was one of only two players on our freshmen, JV, or Varsity teams who did not miss a single workout. And here she is. That’s the story,” Jones explained.

Sequoia had her own reasons for playing, “It started out as health reasons, I wanted to take up a sport that was vigorous in the weight room and cardio and physical activity. I did play sports all my life but never through the school so they were never that challenging. I just wanted some kind of crazy goal that I could reach and football was it.”

Coach Jones said that there is no real difference between her and her fellow male team members.

“The only difference is she changes in the locker room across the hall from the rest of the guys. Other than that, there’s no difference. She’s not treated differently at practice; she doesn’t expect to be treated any differently. She’s not treated any differently in the weight room, either. The team has been very open and accepting and I guess the biggest difference, is when I say ‘alright guys let’s go,’ obviously I mean everybody. She just laughs and goes ‘I know,’” Jones explained.

Her biggest achievement so far has been in the weight room.

Jones agrees, “It’s a long process to be the backup kicker, which she is right now, but she doesn’t complain, not a word. She comes to work every day and works hard every day, works to get better every day, and she has gotten better. She’s gotten stronger, her endurance and her abilities when she does kick. They’ve all improved. She’s stronger in the weight room. She was saying she thinks she’s in the best shape of her life. She’s made a lot of new friends and gained a lot of respect of a lot of people.”

“Every year during the pre-season we have an event called Meet the Players Night where we bring in the teams and they’re introduced in front of family and friends for the first time in their uniform. I’ve been at Saratoga since 1999 as an assistant and I’ve been the head coach since 2007, and I’ve never seen a player get an ovation from the entire crowd, but she did this year,” Jones laughed.

When asked if she would continue the sport in college she wasn’t sure.

The Seahawks are her favorite football team.

As with any team sport, there is a magic that happens between a team who are all on board with the same goal.