SARATOGA SPRINGS – The Saratoga Regional YMCA concluded the first phase of its outdoor development program by bringing adventure to our very own backyard.

Tucked into the woods on the south end of the Saratoga Regional YMCA (SRYMCA) on West Avenue is the brand new Adventure Course, which had its grand opening on June 22. The 4,340-square-foot course consists of a multiple rock-climbing walls, rope bridges, and tire bridges suspended at varying levels above the ground. Affixed to the top of the main rock wall tower structure is a zip-line, which brave participants can use to ride down to the bottom. When press and other attendees arrived for the grand opening of the course, SRYMCA Board President Alysa Arnold addressed the crowd from the top of the course before riding the zip-line down.

“Today, I am so excited that we are at the point where we have an amazing team that is well-trained, and this summer, kids and adults in our area are going to be able to experience this wonderful adventure course,” Arnold said from the top of the structure. “We have 300-plus campers this summer, and they are gonna have a lot of fun and learn a lot of life skills right on this course.”

Arnold went on to emphasize that the course was far more than just a way for kids and families to have healthy fun, but that it will also give them the opportunity to safely challenge themselves by going outside their comfort zones. Then, using herself as an example of this due to her fear of heights, she ended her speech and rode the zip-line down to a round of applause.

“This is one of those resources that helps us make sure that Saratoga is the healthiest county in all of New York State,” Saratoga County Chamber of Commerce President Todd Shimkus said, introducing the course to the gathered crowd. “As well as, hopefully, the world, someday.”

The Adventure Course is just one part of the first phase of SRYMCA outdoor development initiative. Other aspects of the first phase have included an enclosed pavilion for rainy days and a traverse wall on the north side of the West Avenue location. Planning for the course began approximately three years ago, with construction taking about a year to complete, beginning with the procurement of building permits. The actual time that it took to physically construct the course was around three months. The costs for constructing the course were covered through community fundraising, according to Chief Operations Officer Kelly Armer.

“The best way children learn is through play,” Armer said. “And this is a great structure to add [for that].”

The next phase of development for SRYMCA will begin soon, with plans to build a new pool and another gym, as according to Armer, they are quickly outgrowing their current space. There is currently no set timeline for this second phase. 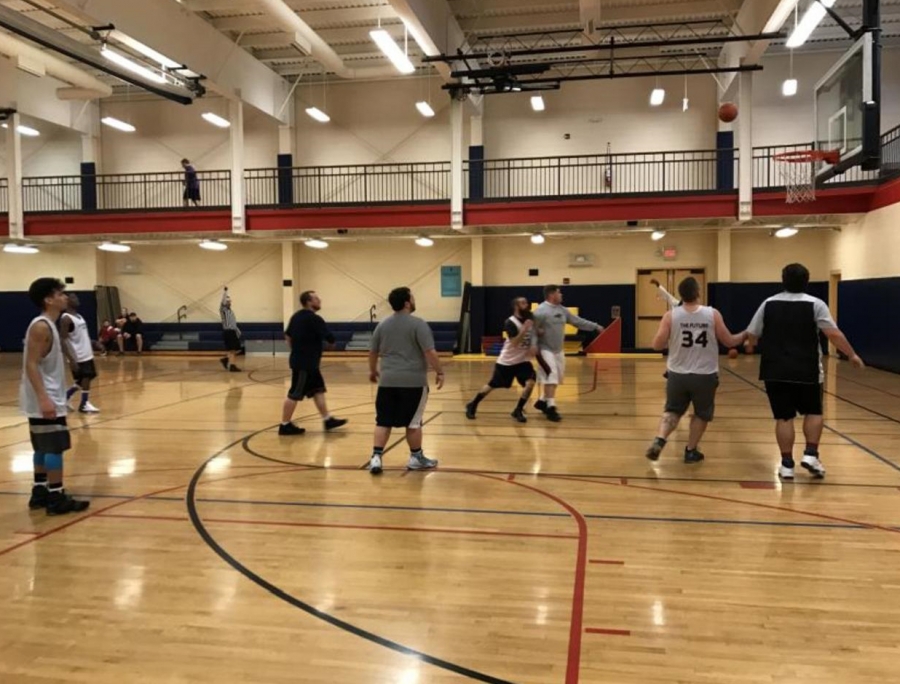