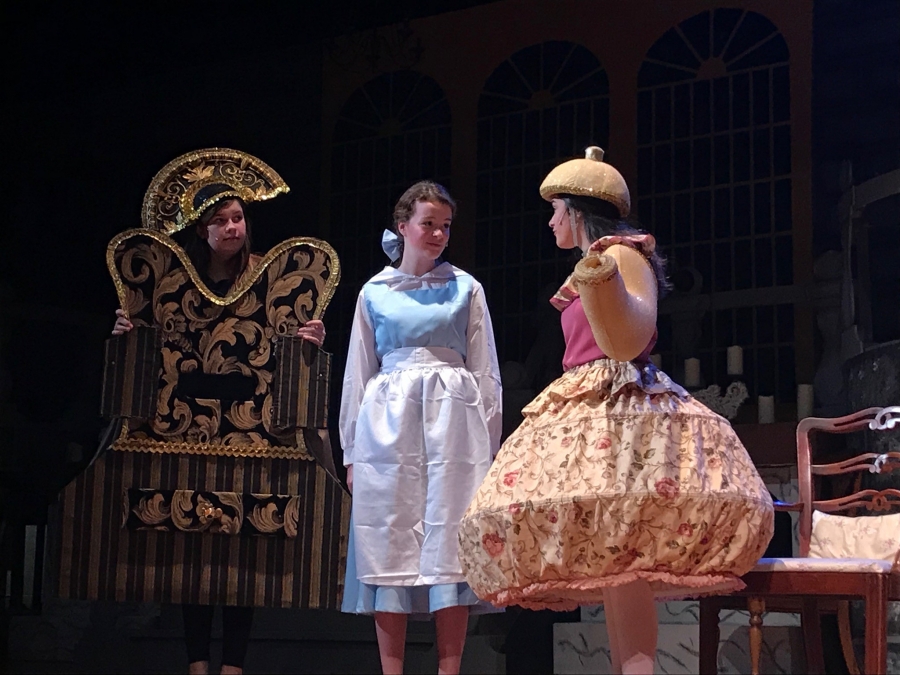 SARATOGA SPRINGS — The kids at Maple Avenue Middle School has been hard at work since November to put on this year’s production, Beauty and the Beast, a show they put on seven years ago. Candace Colvin, director and producer of the show; this is her eleventh show with the district.

“It’s a great show. It’s a show everybody loves, the music is outstanding, and we’ve had so much help on the sets, which are incredible. The parents do the costumes and we’ve rented some costumes. The kids have been working a little bit in November and December, but pretty much every day in January, even some Saturdays! We try to make it fun,” Colvin said.

The show rotates between two casts total and three Belles. Molly Egan, an eighth grader who has also done shows through Home Made Theater and Schuylerville Community Theater, is playing one of the Belles, following in her older sister Serena’s footsteps.

“It’s intense, it’s a lot of work, but it’s all worth it in the end. I think that we’ll end up with a really awesome show,” Egan said.

“Molly is awesome, she was our Dorothy in the Wizard of Oz last year and she was Ariel in The Little Mermaid when she was a sixth grader. She’s very talented and a great kid, too, very smart,” Colvin commended.

Egan intends to continue doing musicals in high school, and though she prefers singing to acting, she enjoys them both immensely. She is also a lacrosse player.

“I just really love when it all comes together. I think it’s so cool with the costumes and everything. I feel like there’s one moment when you see everything on stage and it just makes you really happy, after all of the hard work,” Egan said.

The Beast is being played by Ethan Crowley, an eighth grader with a black belt in Tai Kwan Do and a swimmer.

“I mostly do plays, I don’t really do musicals too much, but it’s been fun. I’m not a dancer at all,” he laughed, stating that as his biggest challenge.

“But you can’t tell when he does the waltz, it’s quite good,” Colvin laughed.

“I love playing this character and working with such a talented cast,” Crowley said.