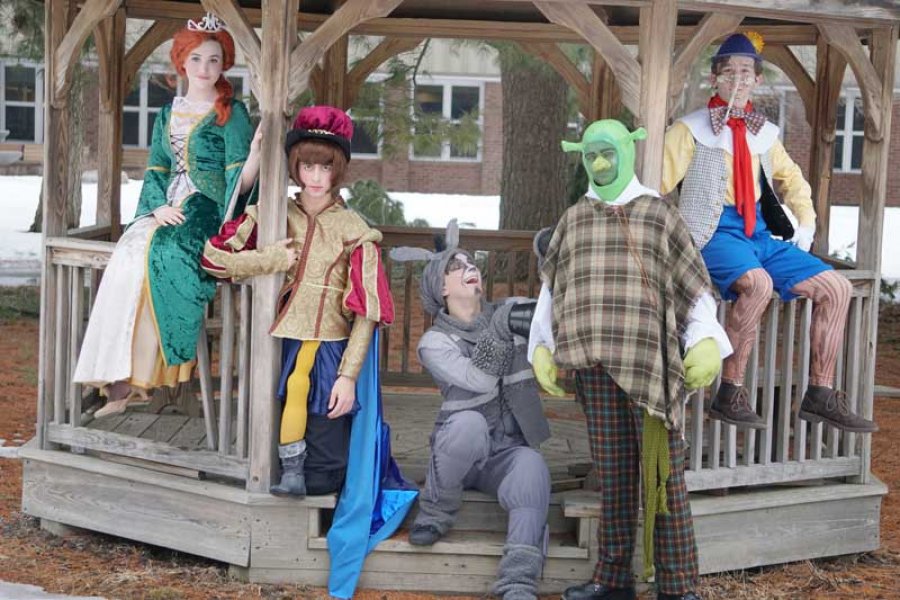 SARATOGA SPRINGS — The Saratoga Spring High School Drama Club will present Shrek the Musical on Thursday, March 12 at 7 p.m., Friday, March 13 at 7:30 p.m., and Saturday March 14 at 1 p.m. and 7:30 p.m. The performances will be held in the Loewenberg Auditorium at Saratoga Springs High School.

Based on the Oscar-winning animation film, Shrek the Musical is a Tony-award-winning fairytale adventure, featuring all the beloved characters you know from the film. Shrek is a musical joy children and adults will love.

“Rehearsals are going great! It’s a wonderful show about acceptance and accepting people for who they are. The musical itself is a great musical,” said director Bob Berenis.

Berenis has directed for Saratoga Springs Drama Club for the last 21 years.

“When I announced the show, I was a little ambivalent, I thought some kids would like it and some wouldn’t, but they screamed so loudly I had to cover my ears. They were so excited,” he laughed.

Parents and community members have been on hand to help build the sets, which are massive. 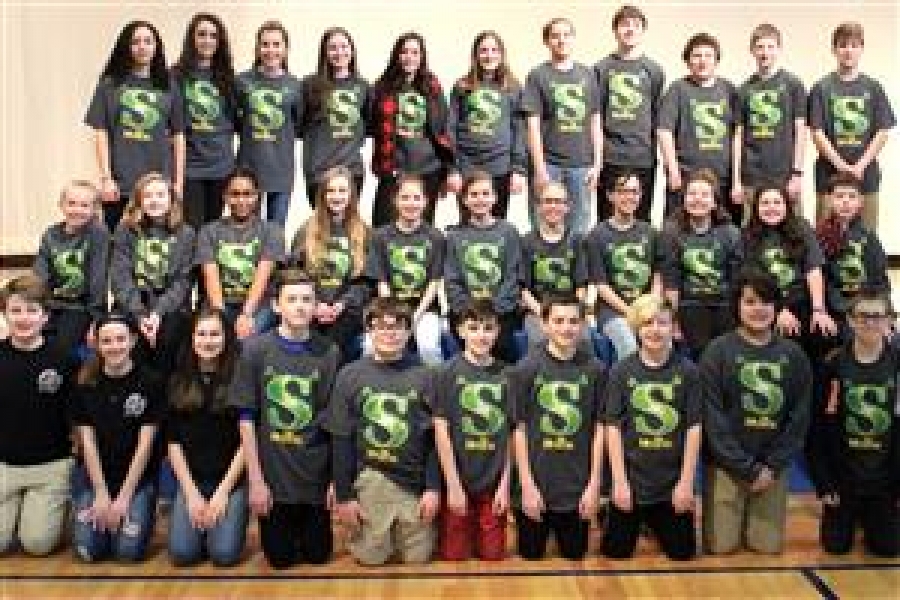 BALLSTON SPA — Joe Shaver has been with Launching Pad Productions, the drama club putting on Shrek the Musical at Ballston Spa Middle School, for 16 years and has directed 14 shows. In a cast with 56 actors and 70 crew members, Shaver has been hard at work to make something great.

“It’s a lot of work but I love it. It’s what keeps me going, I love doing this. I mean I love teaching, but this is totally different. It’s not a classroom, it’s not a curriculum. It’s just like ‘let’s get a group of kids together and do something really special,’ which you can’t always do in the classroom. So, it’s really fun to get out into this place and do something fun that they love, too,” Shaver explained.

The audition process can be “grueling,” Shaver said. They see over 100 kids in two days and only four hours total.

“They don’t get a ton of time, about a minute and a half, and in that, we need to accept the right kids for the right parts. It’s very difficult but I think we do a very fair job. They get to sing for us, they get to read lines for us, we see a lot in that short time,” Shaver said.

Kids have the option of signing up to either audition, run crew, or both.

“If they audition and don’t get a part, they’ll be assigned to crew. We probably had about 175 applications all together,” he said.

Jared Wachtel, an eighth grader, was cast as Shrek. This is his first time doing a production.

“There was a good strong feeling that he’d be Shrek when I heard him sing and I don’t regret that decision at all,” Shaver said of Wachtel.

“It’s been really fun,” Wachtel said before he was rushed on stage to sing.

Liam Manion, a seventh grader in his second year with Launching Pad, is playing Pinocchio.

“This has been my dream since I was a little boy, so I’ve always wanted to be in Launching Pad,” said Manion.

Last year, Manion was an Oompa Loompa in Willy Wonka.

“We got really lucky this year with costumes. Part of the reason I selected this show is because I knew that we would have the support of a lot of local theaters, because Shrek has been done a handful the last couple of years,” Shaver explained.

“It’s one of the biggest sets we’ve had, it’s created by one of the local parents here. He’s been with us for 13 seasons now,” Shaver said.

“The kids are amazing. They are excited. I think it helps too, with it being Shrek, a show that everyone knows. So, they come in here excited to learn and wanting to learn and get better. They improve every rehearsal,” said choreographer Sarah VanAernem.

Performances are Feb. 2, 3, 9, and 10 at 7 p.m. with matinees on both Saturdays at 1 p.m. Tickets are $10 for adults and $5 for students and seniors and can be purchased before each performance in the lobby.