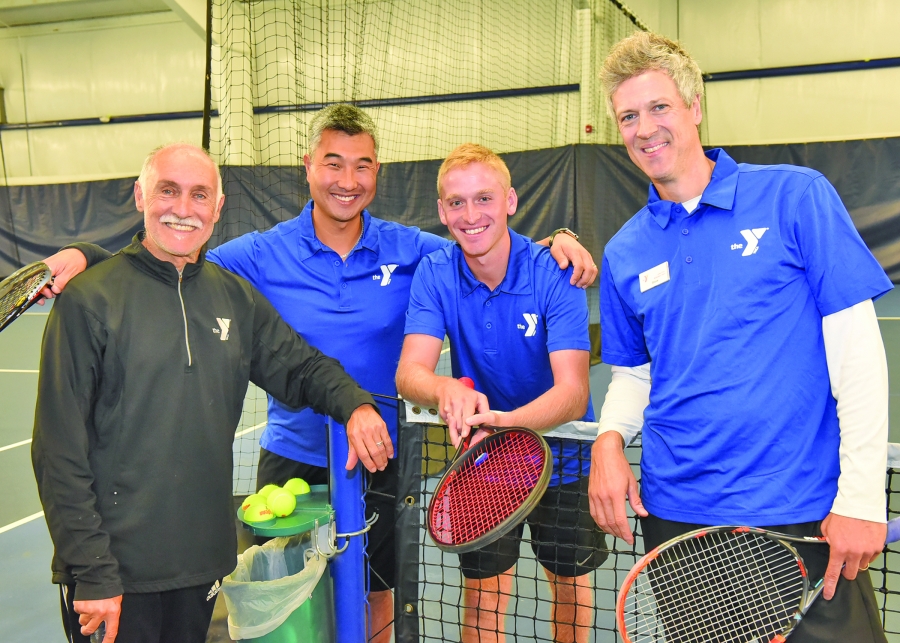 SARATOGA SPRINGS — Rolland LeBlanc has been the Wilton YMCA Tennis Director for the last 28 years and decided that this was the year he was going to retire.

"I had a severe eye injury, I was hit with a tennis ball four years ago, and it caused extensive damage to my eye. I have no depth perception and it's just a struggle. I reached retirement age and now it's time to rest my weary head," LeBlanc chuckled.

"Well, it's changed my life because it's been actually a generation of members who have only known one tennis director. How it's changed is just doing generations of members. I’m instructing the children of the adults I’ve instructed before, so I’ve really enjoyed that. As far as accomplishments go, we've increased our courts by 100 percent since I’ve been here. Staff has increased by 500 percent and the programs have increased by 300 percent. So, to me, it's just the commitment to coming in for 28 years,” LeBlanc explained.

Stepping into his shoes is Jed Murray, former general manager of Sportime in Schenectady, where he was for the last eight years. While receiving applications from all over the world, Murray was vetted by CEO of the Saratoga Regional YMCA.

“Jed has proven to have the experience of being a tennis director which includes operating a budget, overseeing staff, and being a tennis pro himself. The quality of the pool was really high," LeBlanc emphasized.

"I was kind of hesitant at first, not really knowing what the tennis landscape was in Saratoga and obviously of leaving the comfort of what is known. I had really started to enjoy the success of building programming at Sportime. It's hard to leap into the unknown," Murray explained.

It took Murray a few months to make his final decision to take over for LeBlanc.

"There was a lot of thought that went forth on this decision and I had to write down the pros and cons, do a list," Murray laughed.

"I’m really excited to try and build something again and really try to elevate the level of tennis across the Saratoga region. It's really exciting opportunity,” he said.

Murray does have plans to revamp the program. He has dreams of seeing the youth play multiple times a week, not only in clinic settings but in match play settings also. He wants the general feel of the tennis area and lobby to have more energy as well.

"I think that there are a lot of good things already here, so there is already a good base of tennis players and a community here. I think within the junior program, there is a lot more that can be done with U10. I think that making some clear progression lines from a very beginner red student to orange and green and yellow, in term of play, could be improved. I do feel that the Y has done a great job getting beginner players to play. I don’t feel, though, that they have the resources or the programming to try and advance intermediate to intermediate advance kids and that's something I think we're uniquely skilled to do,” Murray explained.

"Three full-time tennis staff are coming on to replace me. So, there are six eyes to replace my one eye," LeBlanc joked.

Joining Murray is new Head Pro Alex Van Cott, previously a Master Pro at Sportime, and new Director of Competition Stephen Thirolle, who has been a part time tennis pro at the YMCA and is Assistant Women’s Tennis Coach at Skidmore College.

“Stephen [Thirolle] is a mainstay here, so his role with Skidmore and his role here as one of the lead pros is important for us, during our transition especially. We're really counting on him to do a lot of good work for us. Alex [Van Cott] is probably the premiere task player in the capital region. He was a former number 1 in the 16s and 18s in the USTA. He's played professional tournaments and for Tulane University. He took them from top 100 to top 20 rank in the nation. At the same time, his ability to relate with his students and communicate and teach the game usually isn't found with that level of player. It is with him. It's a nice mix and a nice addition to have to our staff,” Murray said, commending his staff.

"I’m looking forward to the new director of tennis. I'm sure it'll be very professional. I've been in the water so long, I don’t know if it's hot or cold. So, it's time," LeBlanc stated.