Displaying items by tag: The Armory 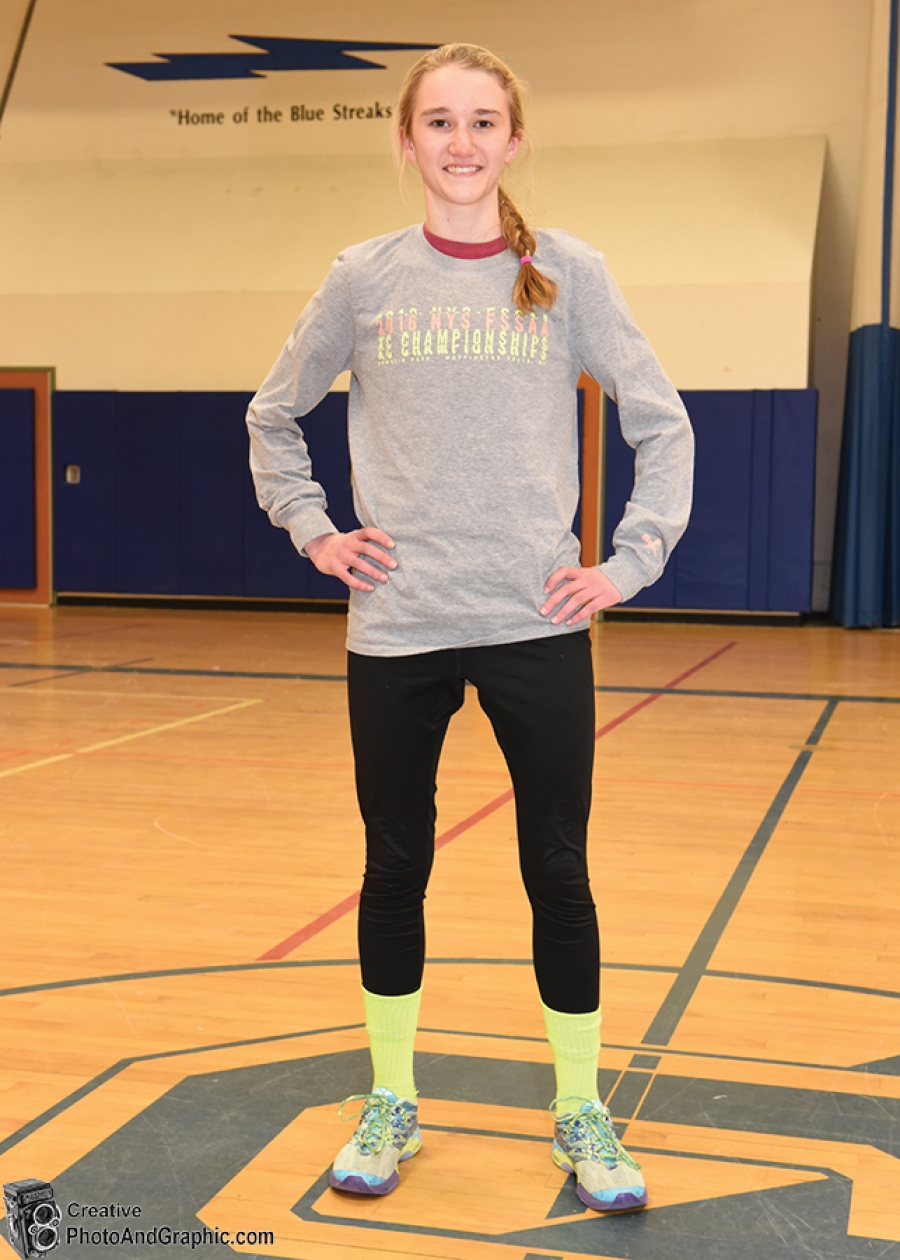 SARATOGA SPRINGS – There is no rest for the dominant track and field stars of Saratoga Springs High School.

Just one week after blowing away competition at the NYSPHSAA 2017 Indoor Track & Field Championships in Staten Island, sophomore Kelsey Chmiel and senior Nick Cavotta took another trip down to New York City to compete in the 2017 New Balance Nationals Indoor (NBNI).  The event, a premier national-level event for high school track and field athletes, was held in the Armory Track & Field Center and ran from March 10-12.

Competing this time in the 2-mile, Chmiel put in another stellar performance, despite taking part in a more endurance-testing event.  Finishing in third place behind Brie Oakley of Aurora, CO, and Jessica Lawson of Elmira, NY, her time was 10 minutes and 12.94 seconds, narrowly but definitively besting the national record for sophomore girls in the 2-mile event, as well as the state record.  Previously, the national record was held by Hannah De Balsi of Westport, CT, with a time of 10 minutes and 12.95 seconds, giving Chmiel the edge by 0.01 seconds.  This marks back-to-back broken records for Chmiel, who set the national sophomore record in the girls 3,000 meter event at the state championships the previous weekend.

“The state level is usually pretty competitive,” Chmiel said.  “But nationals has some really competitive and fast people in it.”

Characteristically modest about her performances, Chmiel said that she was pleased at the gradual improvement she had made over the course of the indoor season.  Coach Linda Kranick, always more keen to tout the runner’s achievements, led the rest of the girls track and field team in a round of applause for Chmiel’s record-breaking run right before her first practice back on Monday afternoon.

“I like the longer distances, so the 3K is usually my focus,” Chmiel said about what she will focusing on going forward into the outdoor season.

Cavotta once again competed in the long jump event that has been his signature in the past few weeks.  Coming in 14th place out of 33 finalists, Cavotta’s farthest jump measured 21 feet 11.5 inches, lower than the 23-foot jump that helped him claim his first ever state title and break his school’s long jump record.  While admitting that Cavotta might have made the top 8 if he had given his best jump, coach Chris Conley remains nonetheless impressed with the progress he has made during his high school career.

“Halfway through his sophomore year, he came out for outdoor track day,” Conley said.  “And in the last couple seasons, he’s really started to put a lot of technical stuff together.  He’s come a good amount of ways in a short amount of time.”

For now, Cavotta is resting up for a week before moving into the outdoor track season, as Conley traditionally likes to do for his athletes between seasons.  Moving forward, Cavotta will focus on competing in a few different events, including 200 and 400 meters, in addition to the long jump, as he begins to be recruited by more and more universities.