Athlete of the Week: Micaela Barbolt

SARATOGA SPRINGS — Junior bowler Micaela Barbolt is happy to be at Saratoga Central Catholic for her second year in a row. She feels that she excels better there, academically and athletically.

“Academically, my grades have improved at Spa Catholic. I’ve been more focused and into school than I was at Saratoga. It’s more of a family and community here. You get to know the teachers better and they help you a lot more. Socially, I used to be very shy but now I’m very outgoing. I’ve made a lot of good friends through Spa Catholic,” Barbolt explained.

She began bowling around age 12 after starting in a league. As her skills improved, she wanted to progress. She played in Juniors Gold in Indianapolis last year through the Capital District Youth Scholarship Tour (CDYST) and has done other leagues outside of school. She is the only bowler in her family and does not play any other sports. Her best game was a 290 last year.

“It was the highest scoring and the best I’ve scored technique wise. I was really focused and had started learning how to bowl better and I just got really into it then,” Barbolt said.

It’s her competitive nature though, that keeps her going and she strives to do better every time.

“[Coach Lambert] is a really good coach. He’s taught me a lot about bowling - and myself. He’s taught me how to improve and keep focused. He really motivates everyone and helps me strive to be the best,” she said. “Bowling is a big mind game though, so, if you’re doing bad you tend to do worse because you keep thinking about it,” she explained.

She intends to bowl in college and may investigate professional bowling as a path if college bowling goes well.

“The team is really good, they’re all fun to be around and they all like bowling as much as I do if not more,” Barbolt complimented.

To find out when the Spa Catholic team bowls, visit our Sports at a Glance page.

Athlete of the Week: Hunter Chandler 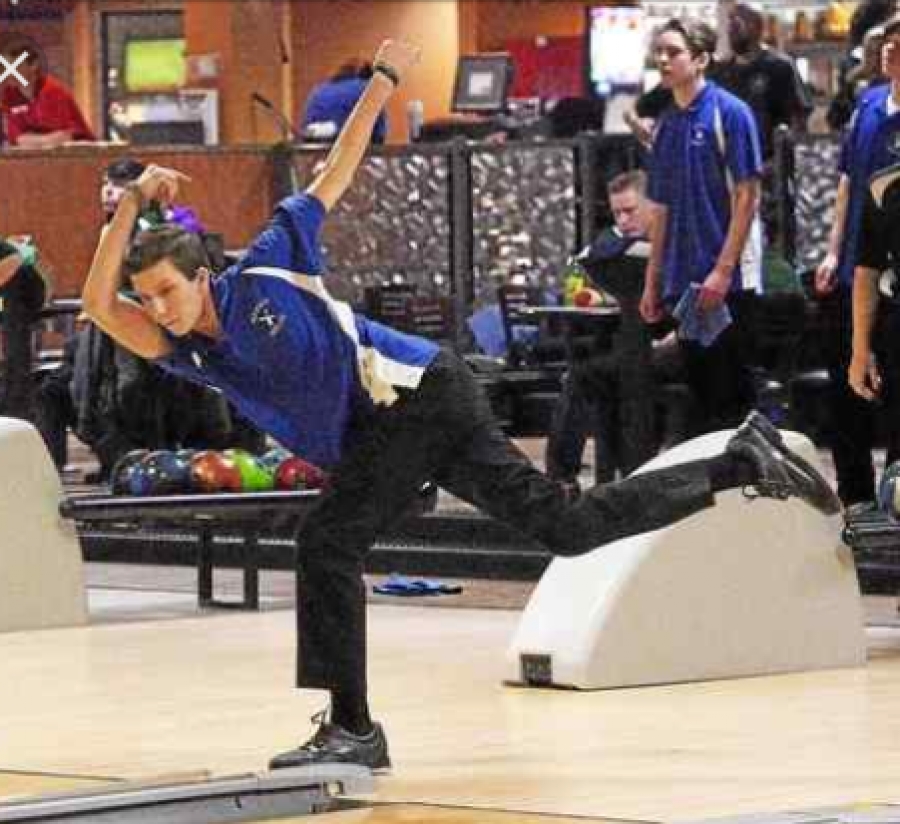 SARATOGA SPRINGS — Hunter Chandler, a 15-year-old sophomore at Saratoga Springs High School, is an all-star athlete: bowling, where he’s going to states this week, baseball, and potentially football next season. On the lanes, Chandler had the third high in the series at sectionals, sixth in the overall series, which he won via a rolloff with a teammate he had tied with, and second highest average in the council. On the baseball field, he is primarily a catcher and secondarily in the outfield. Chandler will be going to the state championships for bowling, due to his total 1,246 pin-fall in sectionals. His friend also had the same total pin-fall, which resulted in the two doing a three game roll-off to decide who would be going to states.

“Most of my family bowls and I enjoyed watching my brother bowl,” Chandler said.

Chandler enjoyed working under his coaches as well.

“The coaches would talk to you and ask you what you think you need to change, they let us do our thing and figure it out for ourselves and they’d offer advice if we couldn’t figure it out,” Chandler said. Out of the bowling alley, Chandler focuses on his academics.

“I think I’m doing well, last I checked everything looked good,” he said.

“Does gym count?” he laughed, “if I had to choose, I’d say Earth Science.” Chandler does sports yearround, which doesn’t leave much time for anything else.

“My mother has done so much for me, I owe her to do my best,” Chandler said, citing his mom, Tammy, as his inspiration.

“She’s the one that always brings me to practices and games. When I’m feeling down, she always helps me feel better,” Chandler explained.

Chandler is a part of the PTech Program, which is an interactive course that is for ninth through twelfth grade. In ninth and tenth grade, students take regular classes, in eleventh and twelfth grade, students spend the first half of the day at SUNY Adirondack taking classes and the second half of the day at the high school. Between those two years, student will earn their first year at college toward their associate’s degree, he is thinking about being in the advanced manufacturing field.

“I prefer hands-on work,” he explained.

Chandler will be bowling at states Saturday, March 10 in Syracuse.