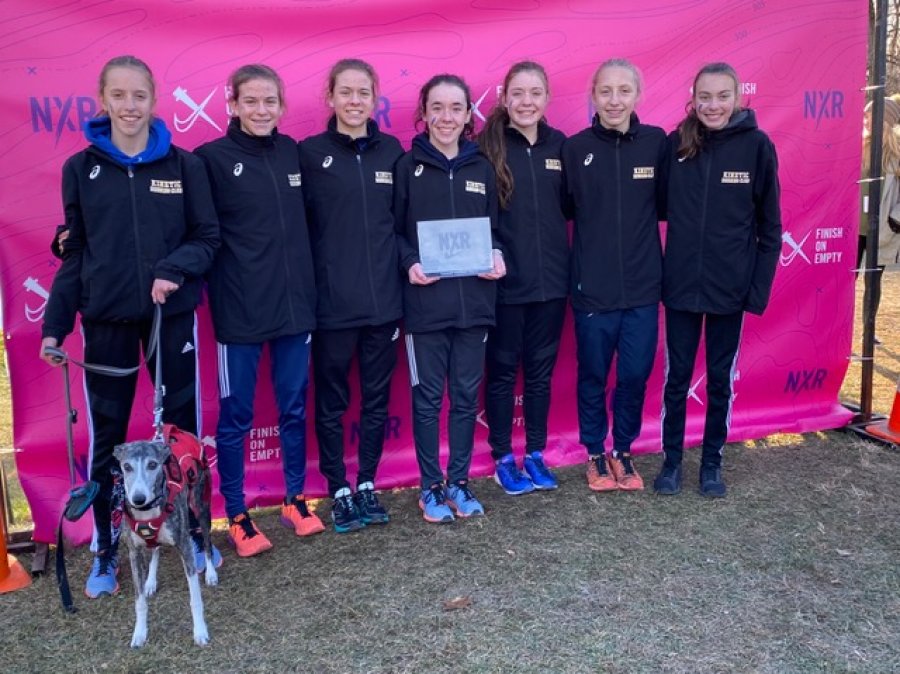 PORTLAND, OR. — On Saturday, December 7, Saratoga Springs cross country team, Kinetic XC, took the win against 21 other teams in the 5,000 meter race, a huge feat for the young team. Kinetic is coached by Art and Linda Kranick, who the girls had plenty of nice things to say about.

Though the Kranicks’ coaching style was described as “different” the seven girls on Kinetic XC say they are both really amazing and they couldn’t have succeeded without them.

“It was an amazing win,” Linda Kranick said, “usually you win by 5 points.”

“They just knocked it out of the park,” she continued.

“It was an amazing experience to go and represent our school,” eighth-grader Emily Bush said.

“I remember in the beginning of the year they [the Kranicks’] said we were going to make podium and I didn’t really believe them,” reminisced Ella Kurto, a sophomore.

“It was a muddy, messy race and they didn’t let that affect them at all. They were very focused the whole time and they work very well together,” Kranick remarked. The girls remained focused by staying positive and being as encouraging of each other as possible.