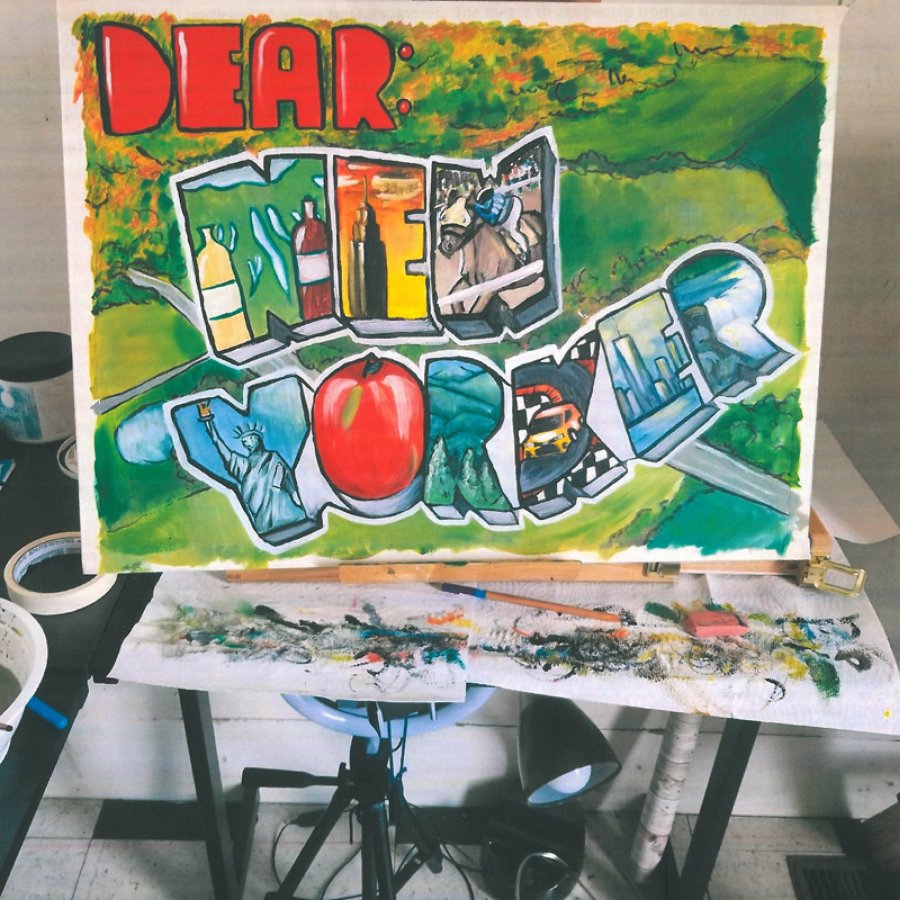 SARATOGA SPRINGS — We can learn a lot from one another, even if we may never meet. So, what is daily life like for you?

The Saratoga Springs Public Library has launched a project to connect New Yorkers across the diverse state landscape through the act of letter-writing.

The project was inspired by Sue Johnson, who first brought the idea to the Saratoga Springs Public Library a year ago after having participated in a similar program from Oregon Humanities called, “Dear Stranger” -   a project which since 2014 has seen almost 1,000 people exchange letters.

Dear New Yorker is a creative writing project that allows people living in and around New York state to create connections through writing letters to other New Yorkers.  Saratoga Springs Public Library is the host of the project.

Here’s how it works: Participants pen a letter, send it to the library and then the library will match it and send it off to another letter writer.  Volunteers will log and keep track of correspondences, but all participant addresses will be kept confidential and not shared with other participants. The only thing the letter recipient will get is your first name and letter - no contact information.

Participating in the project means someone in the state will receive your letter and you will receive one from someone else. The anonymous exchange provides the opportunity to share experiences about life across many miles.

“What’s a day in the life in your town? What do you like about it? What makes your town unique?” Johnson says. “Our state is so diverse, and in so many ways.”

The project recognizes that a lot can be learned from our neighbors across the state, even if we may never meet one another.

While participants in the project may eventually have the opportunity to exchange addresses, all letters will be exchanged anonymously. “Strictly anonymous, unless the two parties decide they want to carry on and write to each other,” Johnson says. The letters participants receive will come from the library’s address, to ensure participant addresses are kept confidential.

Interested in taking part? Here are some guidelines: include your full name and address on the envelope you send to the library so the library knows who to send a letter back to. Do NOT include your address on the letter itself and please do NOT include offensive language or inappropriate topics. Once you have written your letter, mail the letter to: Saratoga Springs Public Library c/o J. Ogrodowski/Dear NYer, 49 Henry Street, Saratoga Springs, NY 12866.

SARATOGA SPRINGS — Librarian and historical costumer Caitlin Sheldon has taken a historical photograph of Saratoga Springs and rebuilt the dress in the image detail by detail in a project titled “Refashioning Saratoga.”

The finished dress and the recreated photograph, will be publicly displayed at the Saratoga Springs Public Library during a program at 12 p.m. on Thursday, Oct. 24.

Through an Individual Artist Grant from Saratoga Arts, Sheldon was able to use an image held in the Robert Joki Stereoview Collection in the Saratoga Room at the Saratoga Springs Public Library and recreate the dress, bringing it to life in silk fabric for the purpose of demonstrating the vibrancy of the history of Saratoga Springs.

Sheldon drafted the pattern for the dress using historical drafting techniques, and spent approximately 100 hours designing, cutting, and sewing the dress from mid-April 2019 to mid-September 2019. A photographer was enlisted to photograph the dress in the same setting as the original to provide a side by side comparison which will be revealed at the program on Oc. 24.

More information about the project and the recreation process can be found at Ms. Sheldon's website fancymiscellany.wordpress.com and her Instagram @mylittlewolfie.

SARATOGA SPRINGS – A director discusses the specifics of scene D-14 with his actors and crew, stressing that 5-6 shots will be needed. Meanwhile, a short ways away on the set, other actors patiently wait on their marks, going over their lines and directions for the upcoming shots. All the while, the cast and crew eagerly await the completion of the last few shots so that can finally take their lunch break for the day.

But this film set is not in Hollywood, or somewhere else far off. It’s right here at the Saratoga Springs Public Library (SSPL). And that cast and crew is not made up entirely of film industry professional. Rather, it is composed of local students, learning about film production for a good cause.

Filmmaker Mike Feurstein returned to the Saratoga Springs area for a five-day film residency as part of the Don’t Wait to UnMake a Bully program, a partnership between his How to UnMake a Bully program and Lisa Bradshaw’s Don’t Wait Project. Through the program, Feurstein works with students in districts nationwide, using roles on a film set to teach them about treating others with respect and how to avoid being a bully. After the in-class lessons, students take what they learn and use their new skills to help produce an anti-bullying PSA. This most recent residency ran from April 17-20, with filming at the library taking place in the last three days.

“We meet the classes for the first time on a Monday and talk about bullying, kindness, citizenship, digital citizenship, cyber security, and things like that for the first 45 minutes,” Feurstein said. “The second 45 minutes is learning how to make a movie, and we learn all the roles, and I tie the roles into civic responsibility. So the sound guy is a good listener, and the director is a good leader as well as a good listener. So we tie in the jobs of a movie set to how you should e behaving in a civilized society.”

This is Feurstein’s second time working with students on a project in the SSPL, having worked there for the first time two years ago. This year, he is working with students mostly from the Saratoga Springs City School District, as well a few from South Glens Falls and Burnt Hills. The short film that they came up with has an appropriately library-inspired theme, with villainous characters coming out of various books and possessing the bodies a various children, causing them to act like bully.

“The Queen of Hearts is acting all boisterous and bossy,” Feurstein said. “And the Wizard of Oz is acting boastful”

According to Youth Services librarian Kali Nagler, the film will premiere to the families of the students and the public in a special screening on June 15, and in the fall, they will feature the film as part of a planned anti-bullying awareness day alongside the first film produced in 2015. The film will also be shared on Feurstein’s YouTube channel, “Unmaker Mike.”

“I think a lot of them are learning that making a movie is hard work,” Feurstein said. “And it’s collaborative, they have to work together, they have to listen.”