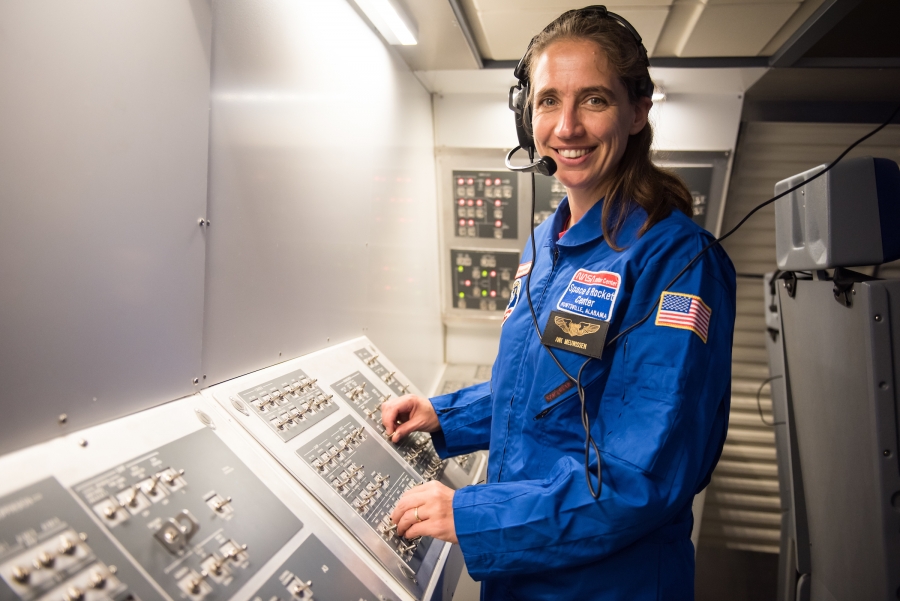 BALLSTON SPA – Ankie Meuwissen, a science teacher from Ballston Spa High School, recently completed a special program that will help her to bring the stars to her students.

From June 15-19, Meuwissen took part in the Honeywell Educators in Space Academy (HESA) program in Huntsville, Ala. The program gives educators from across the country a chance to learn more about space and space-related technologies, so that they can ideally bring back the things they learned to share with their students. Meuwissen mentioned that there were also activities focused on incorporated engineering design, which she said would be “much needed from our graduates.”

The HESA program was created in 2004 by the Honeywell Company in conjunction with the U.S. Space & Rocket Center with the intention of helping math and science teachers become more effective STEM instructors. This year, Meuwissen was among over 200 other educators from 45 states and 33 countries. Over the years, 2,776 instructors have taken part in HESA, from 52 U.S. states and territories and 62 countries, with official estimates putting the numbers of students impacted by the program through their instructors at over 3 million.

At HESA, Meuwissen went through around 45 hours of classroom and laboratory instruction. Some of the activities that she took part in included a jet simulation, scenario-based space missions, land and water survival training, interactive flight dynamics programs, and more. Some of the activities that stood out to Meuwissen the most were mock water landing drills and a simulation of gravity on the Moon, which is about 1/6 the gravity found on Earth. Attendees were also able to hear from important pioneers in the realm of space travel, including space flight advocate Ed Buckbee, “Rocket Boys” author Homer Hickam, and astronaut Clayton Anderson.

Meuwissen said that she first heard about the program from “a friend of a friend,” and thought that it sounded both interesting and like something that would have meaningful benefits for her students.

“I learned sometime in the spring,” Meuwissen said about getting the opportunity to attend HESA. “I was really excited! What a wonderful opportunity!”

Meuwissen’s students were initially excited to hear about her involvement with the program, however, she said that the now-previous year’s students did not really see any benefit from it. Next year’s class will be the one to experience the significant changes in her curriculum.

“Currently I have plans to alter my bottle rocket project and incorporate better engineering practices into it,” Meuwissen said. “I also want to create a lesson around thermal heat shields into my physics class, and challenge students to keep an egg-stronaut safe as it re-enters Earth's atmosphere.”

Meuwissen has been with the Ballston Spa school district for five years and currently teaches astronomy, physics, and earth science.