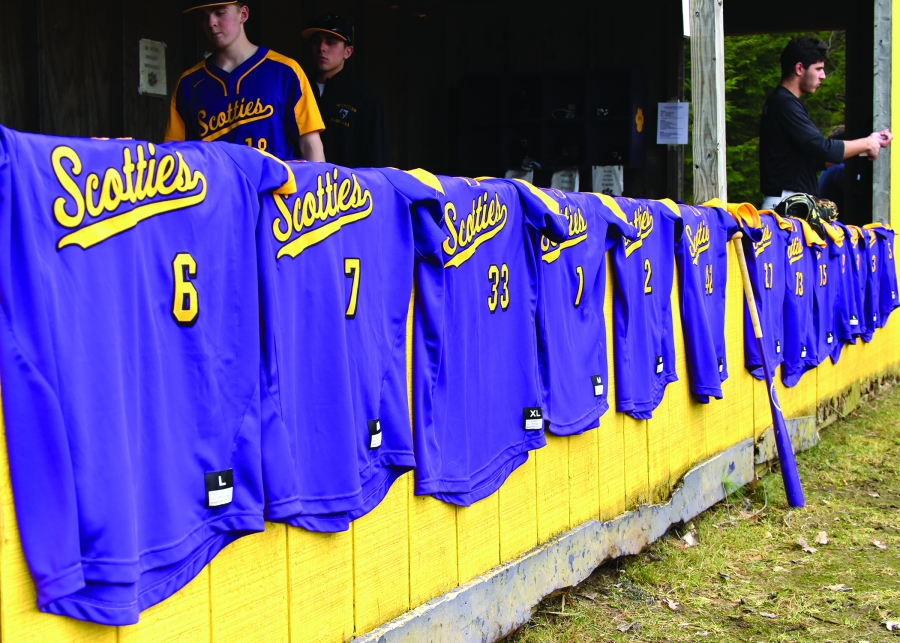 WILTON – The Saratoga Regional YMCA’s “Springettes” jumped, spun, and balanced their way past the competition at a recent home meet, landing several first place wins over the visiting teams.

The competition was held in the Wilton Branch’s gymnastics center from March 18-19, and saw the Saratoga Regional YMCA’s competitive girls gymnastics team – or, the Springettes – face off against both the Glens Falls and Oneonta YMCA gymnastics teams.  Gymnasts age 6-17 competed in four events: vault, uneven bars, balance beam, and floor exercise.  Overall, 116 young athletes competed at the event, ranging from levels 2-9, according to gymnastics director Kim Hewitt.

“The Saratoga Y did very well,” Hewitt said.  “We had 13 athletes come in first place in the all-around competitions in their levels and age divisions.  We also had 46 1st place medals on individual events during the meet. We have really been consistently improving throughout the year.”

According to Hewitt, a number of Springettes gave standout performances at the event.  The two level 9 competitors, Sophie Hrebenach and Marissa Verro, competing in their last home meet before graduation, both put in strong work.  Hrebenach placed 2nd all-around for level 9, and placed 1st on the vault with a well-executed Tsukahara flip.  She also placed 2nd in floor exercise with 9.425 points, a season high for her.  Verro, meanwhile, placed 3rd overall for level 9, and was 2nd on the vault with two front-front vaults.  This was all the more impressive for Verro because, as Hewitt noted, the front-front vault was a new maneuver for her.

SARATOGA SPRINGS – As the Saratoga YMCA’s Regional Basketball League winds down to the final game of the season this weekend, the organization and its basketball league assistant Mike Laudicina are already at work on something new to follow it.

Starting this summer, the Saratoga YMCA will be offering its first ever summer youth basketball league program.  The program will begin on June 22 with a clinic, running from 6-9 p.m., and featuring locally renowned basketball coaches Fred Shear and Matt Usher.  The league itself will begin on June 29 and run for the rest of the summer, ending on August 31.  The program is open to kids from grade 5-8, and registration will begin May 22.

According to Laudicina, this new program was created due to popular demand from parents.

“I’ve been doing [youth basketball] for 25 years, I started in 1992,” Laudicina said.  “And I’ve always had parents say to me, ‘We wish there was something in the summer.’”

Laudicina said that these parents were eager to have YMCA summer youth league as an alternative to the Amateur Athletics Union, which they found to be too costly and which would often leave their children on the bench most of the time.  The new summer league will be open to both boys and girls, and to young athletes of all skill levels.  The league is designed to be instructional, with an hour of practice each week on Wednesdays, followed a game on Thursdays.

In contrast to the standard youth basketball league, which held its final game on Thursday, the youth league will skew younger, being open to kids in grades 5-8.  The standard youth league is made up of two divisions, the junior division for grades 6-8, and the senior league for grades 9-12.  The reason for this difference, Laudicina said, was again in response to parental demand, as there was more desire for a summer program from the parents of kids going into those grades.

Being a program that runs in the summer, this new league will be drawing kids from other leagues, both YMCA and others, that will not be running during the season.  According to Laudicina, they are expecting to bring in players from the Saratoga Springs City Recreation Department’s basketball league, among others.

“Nobody really does something like this,” Laudicina said.  “This is something brand new.  I don’t know any other Y’s that do it.”

As an instructional program, Laudicina and the rest of the Saratoga YMCA is hoping that the summer will not just teach kids the fundamentals of basketball, sportsmanship, and teamwork, but also the Y’s core values: caring, honesty, respect, and responsibility.   There is also the hope that some of the players who participate this summer will move over to playing in the standard youth league when it starts up again in the fall.

“It’s like a feeder program,” Laudicina said.  “Because a lot of the kids in the junior division will be moving up to the senior division soon.  So, getting more young people into the league will help feed it and keep it going.”