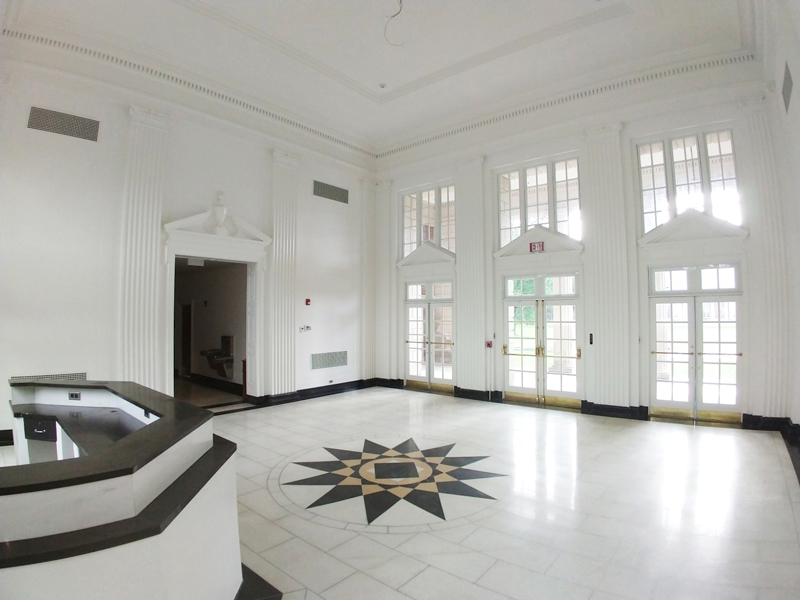 First opened in 1935 by former New York governor and President Franklin D. Roosevelt, the iconic Georgian Revival-style bathhouse has been closed since falling into disuse in the 1980s. The bathhouse's reopening is part of a $2.3 million transformational project that is restoring and improving upon the grandeur of the Roosevelt Baths.

"The Roosevelt II Bathhouse is a living piece of New York history that once provided a natural luxury experience to everyday New Yorkers, and by breathing new life into the facility, visitors will once again find themselves enjoying the peace and beauty of Saratoga's natural springs," Cuomo said. "New York's parks are a national treasure and we will continue our hard work across the state to not only maintain them, but make them better than ever and true must-see destinations."

Future plans include use of a portion of the 18,000 sq-ft facility by the not-for-profit group COESA. They will use 2,700 square feet to offer retreat experiences and classes in personal well-being, leadership, meditation, professional wellness training, and work-life balance. The facility will open once state regulations aimed at preventing spread of COVID-19 allow.

"This bathhouse will be returning to its original purpose - the enjoyment, well-being and relaxation of those who visit," State Parks Commissioner Erik Kulleseid said. "I commend Governor Cuomo for bringing this historic facility back to life."

The new coffee shop will be operated by Saratoga County-based Wired Coffee, which currently operates cafes in Malta and the city of Albany.

The COESA facility is across from the Roosevelt Baths and Spa, and is part of the Roosevelt Campus, which includes Parks administrative offices and the Spa Little Theater, as well as two mirror-image mineral water public bathing facilities, and the Hall of Springs.

After the baths were dedicated by President Roosevelt, who was a proponent of curative mineral baths, the facility offered baths until early 1943, when it was converted into a military hospital for disabled veterans. After construction of the Veterans Administration hospital in Albany, the facility was used by State Parks as office space, a restoration shop and storage until the building was closed in the late 1980s.

There is 12,000 feet remaining in the renovated bathhouse to be redeveloped in the future. In 2019, the Saratoga Performing Arts Center received $2 million in Regional Economic Development Council funding to offer substantial new opportunities for public use of the space.