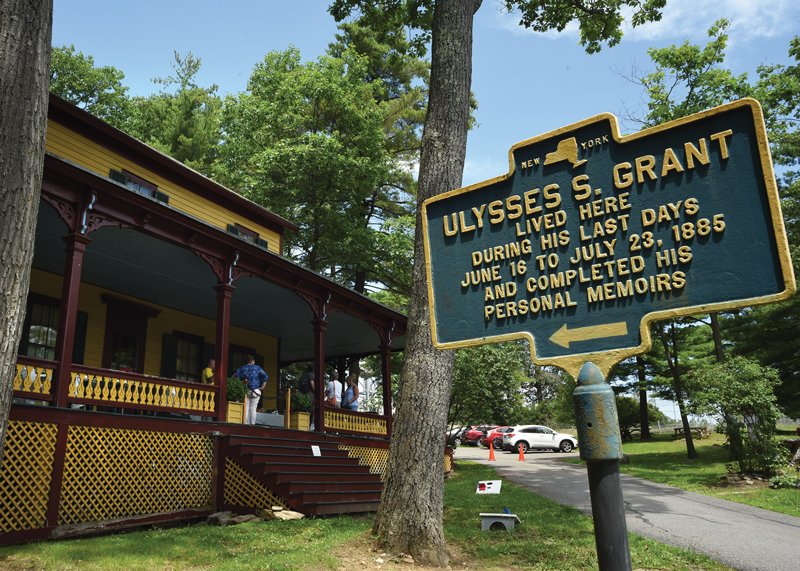 WILTON — The U.S. Grant Cottage has been approved as a National Historic Landmark by U.S. Secretary of the Interior David Berndardt, Congresswoman Elise Stefanik announced this week.

Ulysses S. Grant completed the second volume of his memoirs at the cottage, just days before his death in 1885.

“After a six-year application effort, the place where the ‘Man who saved the Union’ died after completing his Civil War memoirs finally puts the Cottage on the national historic tourism map,” Tim Welch, Chair of the Friends of Grant Cottage Board of Trustees, said in a prepared statement.

National Historic Landmarks (NHLs) are historic places that hold national significance. The Secretary of the Interior designates these places as exceptional because of their abilities to illustrate U.S. heritage. Grant Cottage becomes one of 274 NHLs in New York State, and nearly  2,600 in the United States.

Grant Cottage had previously been named the 24th New York State Literary Landmark by United for Libraries and the Empire State Center for the Book. It is closed during the winter months and slated to re-open in April. For more information, go to: www.grantcottage.org.

More in this category: « Soroptimist International Of Saratoga County Kicks-Off Community Awareness Campaign Child Care Survey: What Are the Needs of Working Families? »
back to top