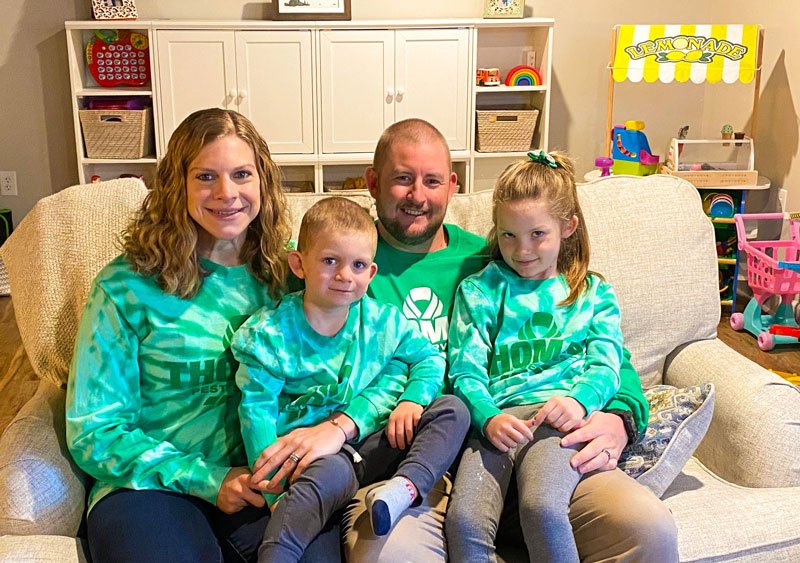 CAPITAL REGION — A month-long campaign to raise awareness and funds for Cerebral Palsy Awareness Month has been launched by way of a Cerebral Palsy walk event.

The event – announced by family-owned and operated Thomas Pest Services owners Bill Clark and Sarah Thomas-Clark – is the first event of its kind in the Capital Region specific to Cerebral Palsy.

The walk will be virtual, and supporters are asked to join the Thomas Walks for CP Facebook event page, and walk 3.25 miles throughout the month of March, in honor of March 25, which is Cerebral Palsy Awareness Day.

Anyone who wishes to donate may do so as well through the event page, with proceeds going to the Cerebral Palsy Foundation. Walkers are encouraged to wear green, take a selfie or a group picture, and post it on social media using the hashtags #ThomasWalks4CP and #GoGreen4CP

Thomas Pest Services will show support all month long with team members wearing green attire and donating 10% of sales from March 1-31 to the fundraiser.

The Clarks hold this cause near and dear to their hearts because of their young daughter Riley, who was diagnosed with right side spastic hemiplegia when she was 1-1/2 years old. While Riley has suffered impairment to her coordination and fine motor skills, Riley is a fighter, and has been attending weekly occupational and physical therapy to help with her condition.

To learn more about Riley’s story go to: thomaspestservices.com/cerebral-palsy-awareness.

More in this category: « Girl Scouts of Northeastern New York Award for Environmental Awareness Project It’s Your Lucky Day at Stewart’s Shops »
back to top