Comics Against Domestic Violence: Autographed Comics Raffled for A Cause 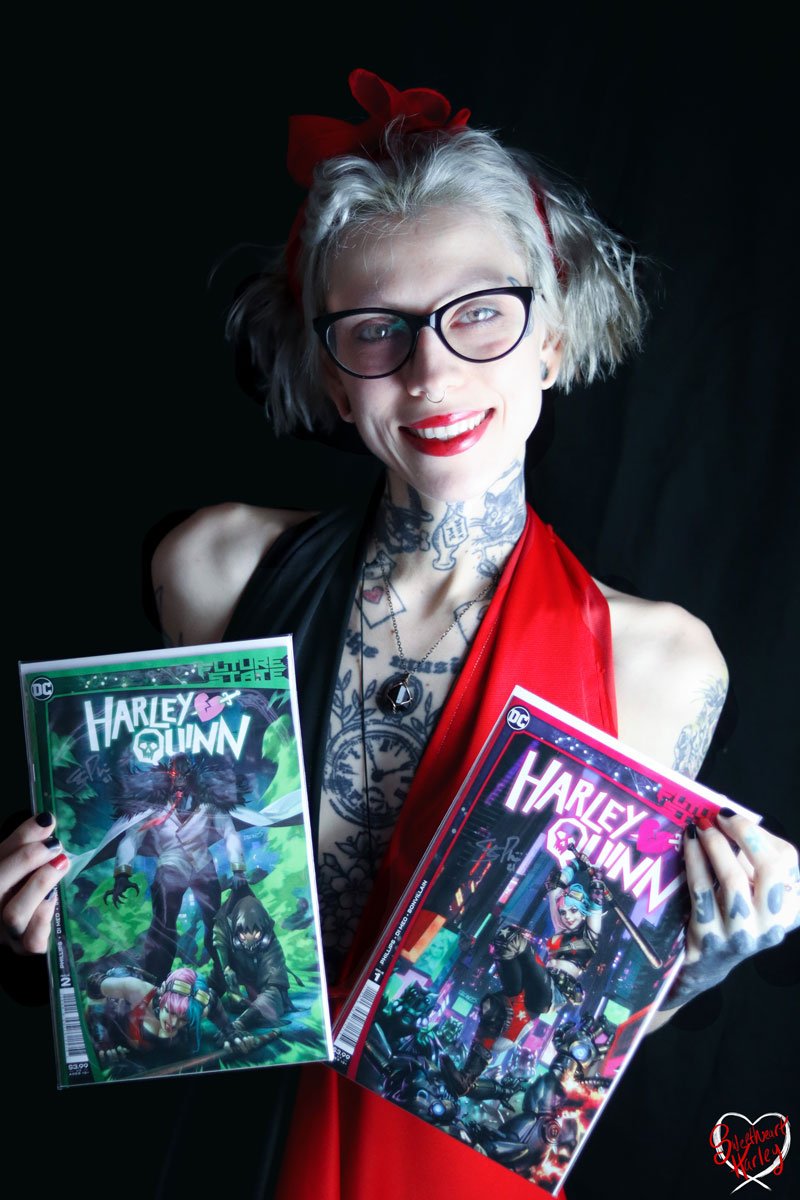 Image of Janna aka Sweetheart.Harley, holding copies donated and autographed by author Stephanie Phillips, that are being raffled to benefit the National Coalition Against Domestic Violence.

SARATOGA SPRINGS — Domestic violence and abuse is so prominent in cosplay culture and comics, especially in the origins of Harley Quinn.

Some fans and readers look past the abuse she has gone through and choose to ignore it, because ignoring it is better than facing the reality of violence. As a Harley Quinn cosplayer who is a survivor of domestic violence, I would be doing the character an injustice if I turned the other cheek.

Twenty people per minute are physically abused by an intimate partner and over 10 million people yearly suffer from domestic violence.

To bring awareness to the issue, I am holding a raffle to raise funds for the National Coalition Against Domestic Violence which helps people escape tormented situations as well as rehabilitating to stop the cycle of violence.

There will be two raffle winners, each receiving issue 1 and issue 2 of Harley Quinn Future State signed by the author.

For more information about the National Coalition Against Domestic Violence, go to: ncadv.org

Whether you know someone who has suffered or you yourself have suffered, this is one step to helping stop the cycle so no one has to live through what survivors have.