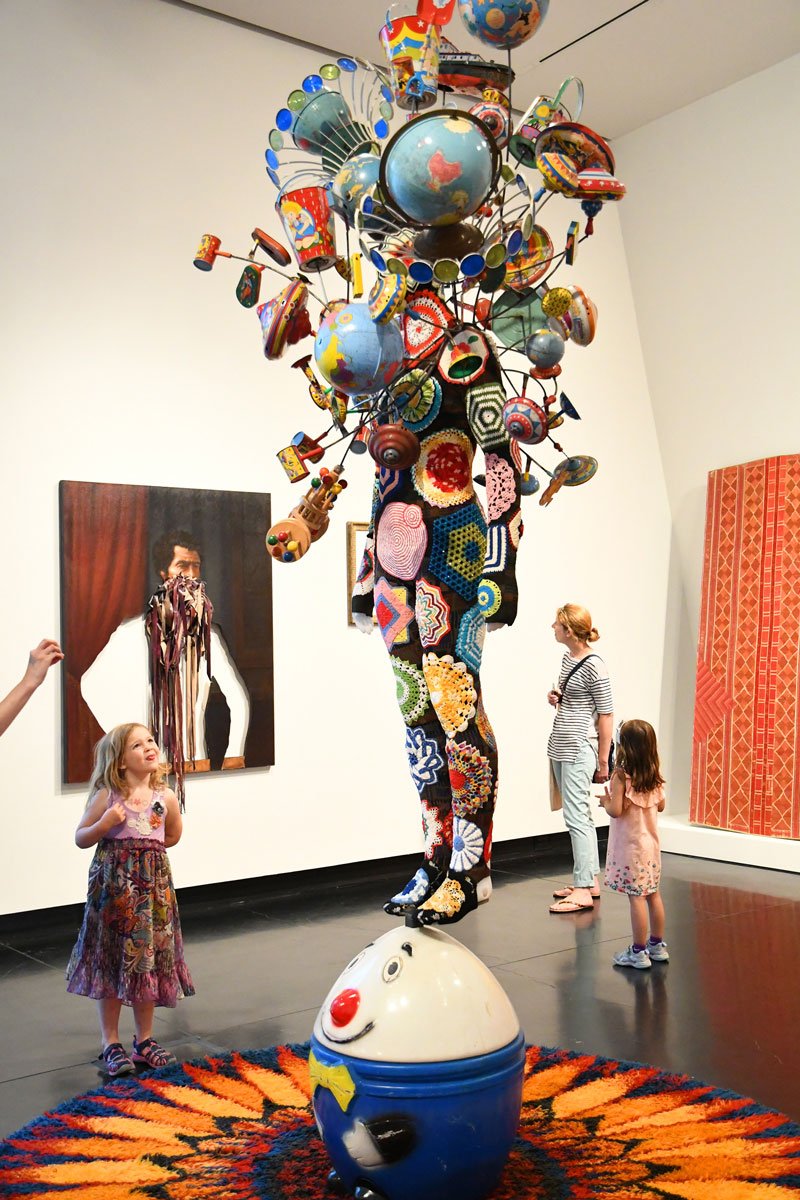 Nick Cave, Soundsuit, 2012, in the exhibition If I Had Possession Over Judgement Day: Collections of Claude Simard, 2017, Frances Young Tang Teaching Museum and Art Gallery photo by Michael P. Farrell.

Cave, a Chicago-based artist, creates works that span the visual and performing arts, with sculpture, textiles, sounds, and movement. His well-known Soundsuits blend sculpture, fashion, and performance, evoking ceremonial garb while also concealing race, gender and class. Soundsuit performances have occurred at venues across around the world, including in Chicago, Detroit, Hong Kong, New York, Sydney, Australia, and at the Tang for the Museum’s grand opening celebration in fall 2000.

Last month, a controversy involving Cave’s “Truth Be Told” was resolved in the artist’s favor. His 25-foot banner that spells out “Truth Be Told” was on the façade of The School, an art space in Kinderhook, owned by New York City gallerist Jack Shainman, leading up to and after the 2020 election season.

The village mayor had demanded the work be taken down, calling it a sign that violated village codes. The zoning board, however, voted unanimously that “Truth Be Told” is a work of art.

This online event is free and open to the public. You may register now for the Zoom event at skidmore.zoom.us/webinar/register/WN_UVLxxgz3R2KJ18nJXAGnxw.

For more information, call the Tang Visitor Services Desk at 518-580-8080 or visit tang.skdimore.edu.

More in this category: « Comics Against Domestic Violence: Autographed Comics Raffled for A Cause The Sembrich Announces All-Outdoor 2021 Summer Festival »
back to top