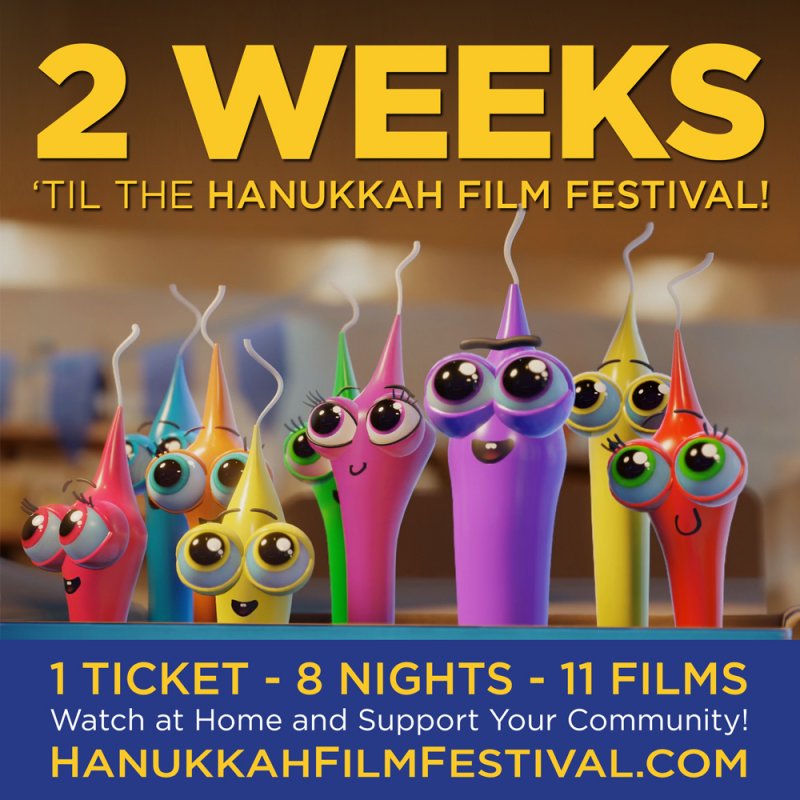 The association between Menemsha Films and ChaiFlicks with Temple Sinai in Saratoga Springs and more than 200 synagogues and Jewish film festivals across North America, the first annual Hanukkah Film Festival begins Nov. 28 and continues for eight nights.

This Jewish Community Arts event celebrates the Festival of Lights with 11 films available over eight days, featuring both world and U.S. premieres.

Subscribers can sign up for the film presentations for one Gold Pass of $36. The additional purpose is to keep the benefits of subscribers within each sponsoring community. Half the total revenue is shared with each of the participating festivals and synagogues.

The festival registration is available at www.hanukkahfilmfestival.com and subscribers can apply a sponsor code to credit the Saratoga Jewish Community Arts, entering the code SJCHFF. The trailer for the festival is available at youtu.be/zaJNyoY6ZM8

Highlights include the World Premiere of the animated Hanukkah short “The Broken Candle” on opening night. Also featured are two premieres of stories that illustrate the unique diversity of our origins, histories where you least expected it, from the short film Inquisition (“Xueta Island”) to a story of Pancho Villa in the feature documentary “UnRaveling.” Films continue through the week of Hanukkah. Closing night on Dec 5 premieres the most awarded family drama and winner of four Israeli Academy Awards, as well as the most popular Audience Award winner of the season, the film “Here We Are.”

Remember to identify SJCA as your sponsoring organization to assure your $36 price and credit to SJCA organization.  The code again is SJCHFF. For any questions regarding our sponsorship, email This email address is being protected from spambots. You need JavaScript enabled to view it..