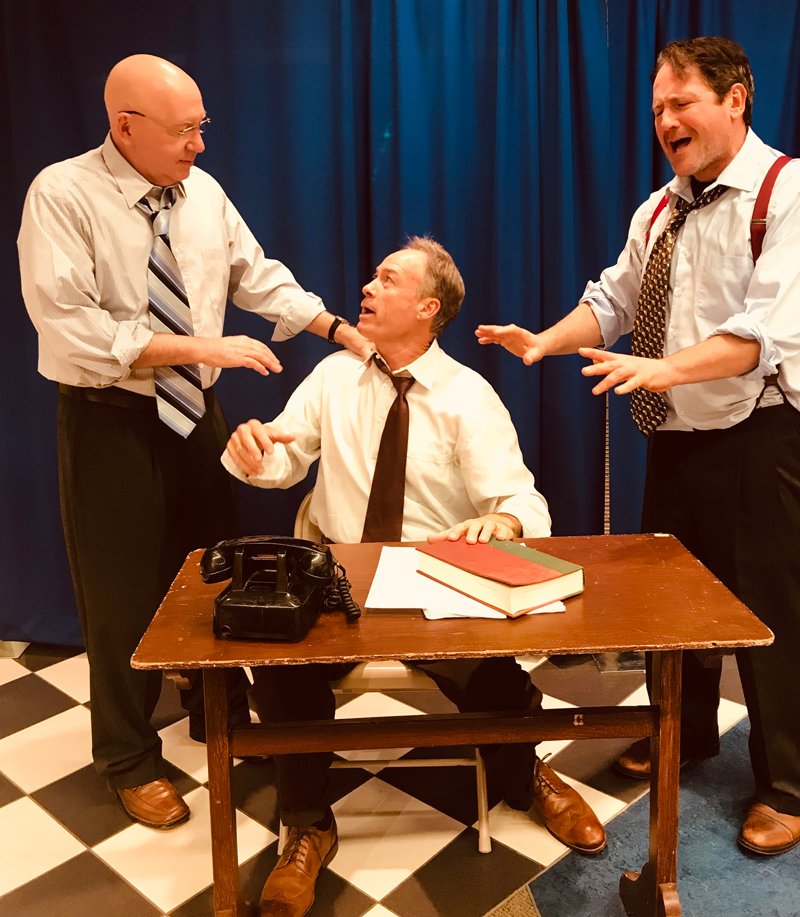 Scene from HMT’s “Moonlight & Magnolias,” which will be performed Dec. 3-5, and Dec. 10 – 12, at the Dee Sarno Theatre at Saratoga Arts, located at 320 Broadway in Saratoga Springs. Ticket information and show times are available on the company’s website, www.HomeMadeTheater.org, or by calling 518-587-4427 during regular business hours. Photo provided.

SARATOGA SPRINGS — Home Made Theater will host open auditions for their February musical production of “They’re Playing Our Song,” book by Neil Simon, music by Marvin Hamlisch, and lyrics by Carole Bayer Sager. The show will be directed by Eric Rudy with musical direction by Richard Cherry and choreography by Arlette St. Romain.

Performances are Feb. 11-13, and Feb. 18-20.  All performances will be at the Dee Sarno Theater, in Saratoga Arts. Rehearsals begin Monday, Dec. 13 and take place Sunday through Thursday evenings. There will be no rehearsal from Dec. 21 – Jan. 2.

Actors should prepare a song of their choice, and bring sheet music in their key; a pianist will be provided. Also bring a current photo, a resume, and a list of potential conflicts from the date of the first rehearsal through closing (conflicts can be worked around if known about in advance). Photos cannot be returned. Readings will be from the script. For a detailed flyer, and to make an audition appointment visit Home Made Theater’s website, www.HomeMadeTheater.org. For questions call 518-587-4427 during regular business hours.