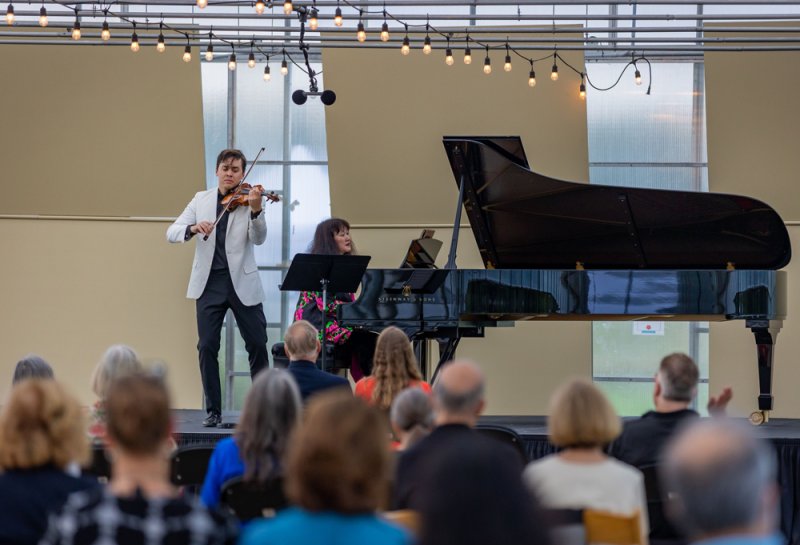 SARATOGA SPRINGS — Saratoga Performing Arts Center announced Dec. 9 that it has once again partnered with Pitney Meadows Community Farm to bring back the Chamber Music Society of Lincoln Center for its annual Saratoga Springs residency in 2022.

“One of the highlights of this past summer’s programming was the glorious confluence of stunning music-making in a magnificent natural setting as CMS took the stage in the High Tunnel at Pitney Farm. Thanks to our partners at The Farm, we are excited to be going back there for the summer 2022 season,” SPAC President and CEO Elizabeth Sobol said, in a prepared statement.

The Chamber Music Society of Lincoln Center’s 2022 season at SPAC (June 12- Aug. 21) will feature masterpieces from Beethoven’s “Archduke” Trio to Dvořák’s “American” Quintet, to lesser known gems of the chamber repertoire by an international cast of composers such as Reicha, Schoenfield, Poulenc, and Dohnányi. In addition, a special Juneteenth concert will feature SPAC debuts by BIPOC composers Jessie Montgomery, Florence Price, and William Grant Still.

The series will take place rain or shine at Pitney Meadows Community Farm, under the High Tunnel greenhouse, a large outdoor event space. Performances will all be 90 minutes long with no intermission. Visit spac.org for additional show details.