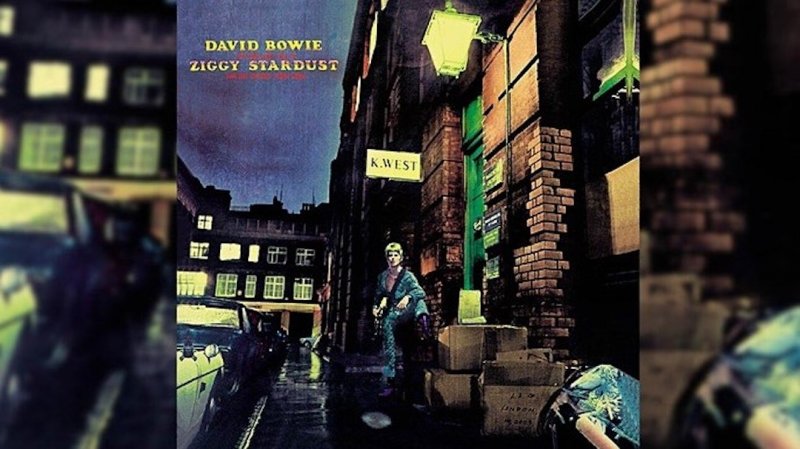 “The Rise And Fall Of Ziggy Stardust And The Spiders From Mars,” celebrates 50 years since its release in 1972.

SARATOGA SPRINGS — Recorded in the fall of 1971 and released the following year, “The Rise And Fall Of Ziggy Stardust And The Spiders From Mars” will be celebrated by Rochmon Record Club at Caffe Lena on Jan. 18.

Bowie and his band The Spiders From Mars – which featured guitarist Mick Ronson, bassist Trevor Bolder and drummer Mick Woodmansey, first toured the U.S. in support of “Ziggy” in 1972, and in New York performing at Carnegie Hall, visiting with Andy Warhol at The Factory, meeting Lou Reed and Iggy Pop at Max’s Kansas City, and going to see the New York Dolls at Mercer Arts Center. A new post-60s scene, initiated, arguably, by Marc Bolan a short while earlier, was blossoming in major cities across the globe.

“The Rise And Fall Of Ziggy Stardust And The Spiders From Mars,” which will be played and discussed in its entirety at Caffe Lena, includes the Bowie classics “Five Years,” “Moonage Daydream,” “Starman,” the title track, and “Suffragette City.”

Doors will open at 6:30 p.m., the show begins at 7 with a live audio and video presentation by Chuck Vosganian aka “Rochmon” and his sidekick, Alyssa, aka “The Button Pusher!”

Caffe Lena has returned to full capacity. In order to ensure everyone’s safety proof of vaccination for all attendees is required. The Rochmon Record Club will also be streamed live on Caffe’ Lena TV. Tickets and more information at: www.caffelena.org

More in this category: « Mary Fahl, formerly of October Project, Performs at Caffe Lena Feb. 5 “Come From Away “ - Proctors Collaborative Announces Partnership with American Red Cross »
back to top