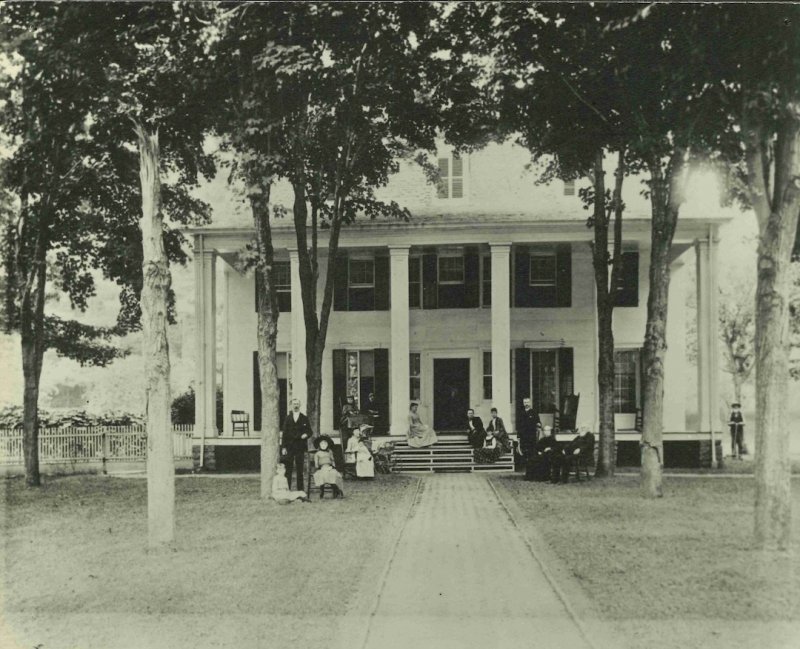 “Preserve the Porch!’ campaign funds will go towards repairs of Brookside Museum’s iconic front porch, which was built in 1792 and remodeled in the 1830s Brookside Museum. Photo provided.

The funds will go directly to replacing storm windows and repairing Brookside Museum’s iconic front porch, which was built in 1792 and remodeled in the 1830s in the popular “Greek Revival” style. The grand piazza is in need of reconstruction with crisis concerns for both safety and appearance.

“Support for our ‘Preserve the Porch!’ campaign is a major win for the Saratoga County History Center,” said Sean Kelleher, Vice President of Membership and Community Engagement. “The ability to fund the restoration of the iconic porch and storm windows will provide stabilization for the Brookside Museum in the future, and will allow visitors to safely access the museum, grounds and library for generations to come.  It would not have been possible without support from the community. We thank our community for its continued efforts to help preserve this treasure, which is an important part of Saratoga County’s history.”

The Saratoga County History Center is dedicated to preserving and sharing the diverse histories of Saratoga County. In addition to Brookside Museum, the History Center offers a variety of innovative, exciting, and educational programming online.  Visit the website ,www.brooksidemuseum.org, and social media accounts (@SaratogaCoHistory) for news and announcements.