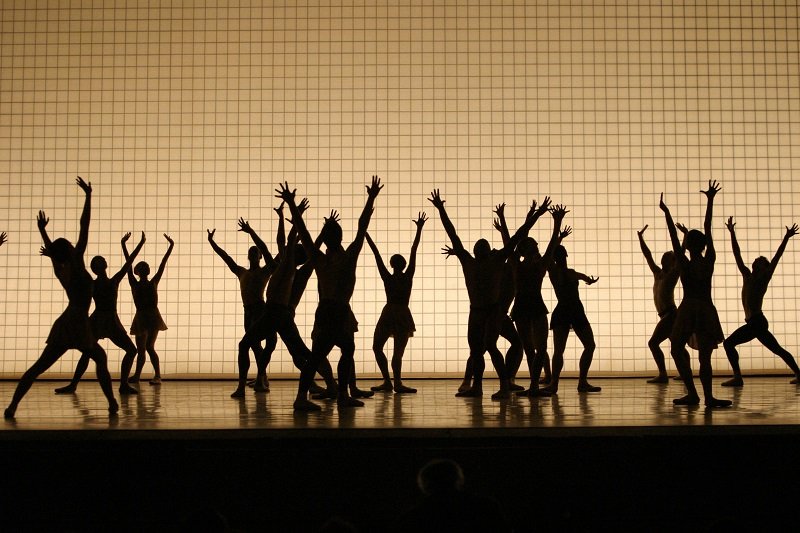 Glass Pieces. Music by Philip Glass, choreography by Jerome Robbins premiered in 1983 with New York City Ballet. Glass Pieces uses Philip Glass’ “Rubric” and “Façades” from Glassworks and excerpts from his opera “Akhnaten.” It will be performed as part of the 20th Century Masters showcases July 13 and July 16 at SPAC.

SARATOGA SPRINGS – The Saratoga Performing Arts Center this week announced the return of its resident companies -- New York City Ballet and The Philadelphia Orchestra -- to their summer home in Saratoga in 2022.

The diverse season features SPAC premieres and debuts by women and BIPOC (Black, Indigenous, People of Color) composers, choreographers, performers and conductors, alongside iconic masterworks of the classical repertoire.

NEW YORK CITY BALLET returns with the full company from July 12 – 16, with its roster of more than 90 dancers under the direction of Artistic Director Jonathan Stafford and Associate Artistic Director Wendy Whelan, accompanied by the New York City Ballet Orchestra, led by Music Director Andrew Litton.

The Company will present four programs including the full-length story ballet A Midsummer Night’s Dream; an evening dedicated to 20th Century Masters highlighted by Merce Cunningham’s Summerspace, returning for the first time since 1967; and a program showcasing works by contemporary choreographers including new pieces by Jamar Roberts and Pam Tanowitz, and the return of Justin Peck’s In Creases, gracing the SPAC stage for the first time since its World Premiere at SPAC in 2012. Back by popular demand is also a special “NYCB On and Off Stage” presentation designed to introduce the season with an intimate, up-close look at selected excerpts from the Company’s repertory of ballets that will be featured during the residency.

“After two long years without the full New York City Ballet in residence at SPAC, it is tremendously exciting to be announcing the return of the full Company in July 2022,” said Elizabeth Sobol, president and CEO of Saratoga Performing Arts Center, in a statement.

“It will be a perfect celebration of their return with timeless works of Balanchine and Robbins, SPAC debuts by Jamar Roberts and Pam Tanowitz, the return of Merce Cunningham’s Summerspace, beloved story ballet A Midsummer Night’s Dream, and NYCB On and Off Stage. The latter, born from the need to conform to COVID guidelines in 2021, was a format that was immensely popular with audiences. It will be a perfect kick off to the residency – as both an intimate behind the scenes look at NYCB as well as a poignant reminder as to how far we will have come since March of 2020,” Sobol said.

Also featured will be more than a dozen SPAC premieres including the East Coast Premiere of Contact by Pulitzer Prize-winning composer Kevin Puts composed for the genre-crossing ensemble Time for Three (July 28). SPAC’s popular film nights will also return to delight audiences of all ages as the Orchestra accompanies, live to picture, Harry Potter and the Prisoner of Azkaban™ in Concert (July 30) and The Princess Bride in Concert (Aug. 6).

“SPAC’s ambitious and artistically inspiring programming continues our effort to bring significant contemporary works and iconic classics that have never been performed at SPAC to our stage, while also presenting a record number of works by BIPOC and female composers throughout the season,” said Sobol.

Tickets will be available beginning on March 7 for members (tiered by level) and on March 16 for the general public. New for this season, evening performances will be held at 7:30 p.m.

SPAC will continue to monitor health and safety guidelines mandated by New York State and the CDC and will adjust ticketing and safety policies accordingly.

The season kicks off at 7:30 p.m. on Tuesday, July 12 with NYCB On and Off stage. For a full detailed listing of performances, tickets, and other information, go to: spac.org.

More in this category: « The Shuster Series Returns to Home Made Theater UPH Back in Action with 2022 Schedule »
back to top