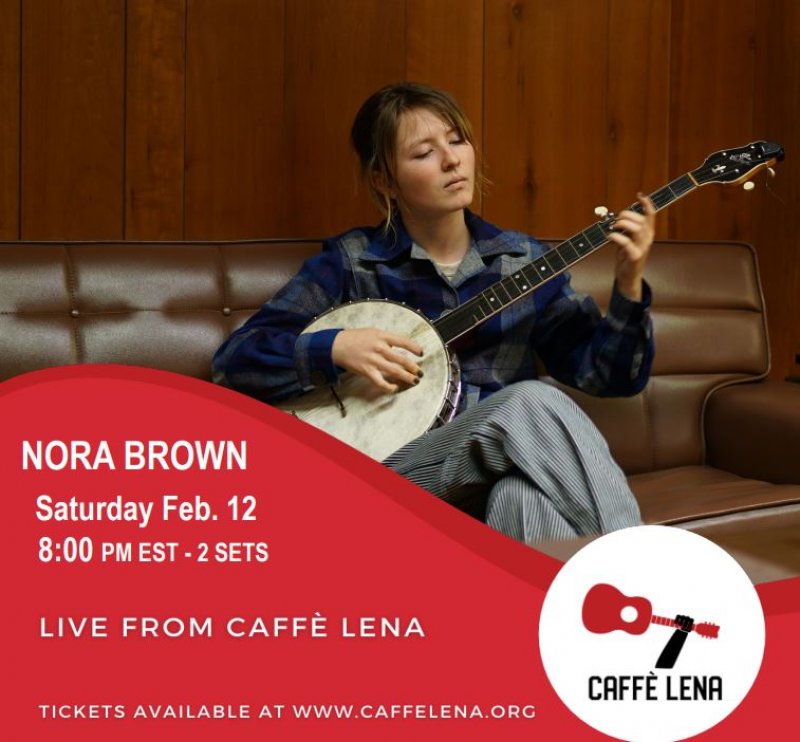 The songs, she says, were learned through the continued tradition of visiting elder musicians in her community, from old records, and from field recordings in archival collections.

The traditional banjo player and folksinger, who is 16 years old, will perform at Caffe Lena on Saturday, Feb. 12.

Mentored by folklorist/filmmaker/New Lost City Rambler John Cohen, Brown’s debut album “Cinnamon Tree,” produced by the legendary Alice Gerrard and released when she was 13, sold out of its LP pressing. “‘Sidetrack My Engine,” released last September, debuted at number six on the Billboard Bluegrass Charts.

The show at Caffe Lena will be staged 8 p.m. on Saturday, Feb. 12. In-person tickets and live stream viewing information is at: caffelena.org.