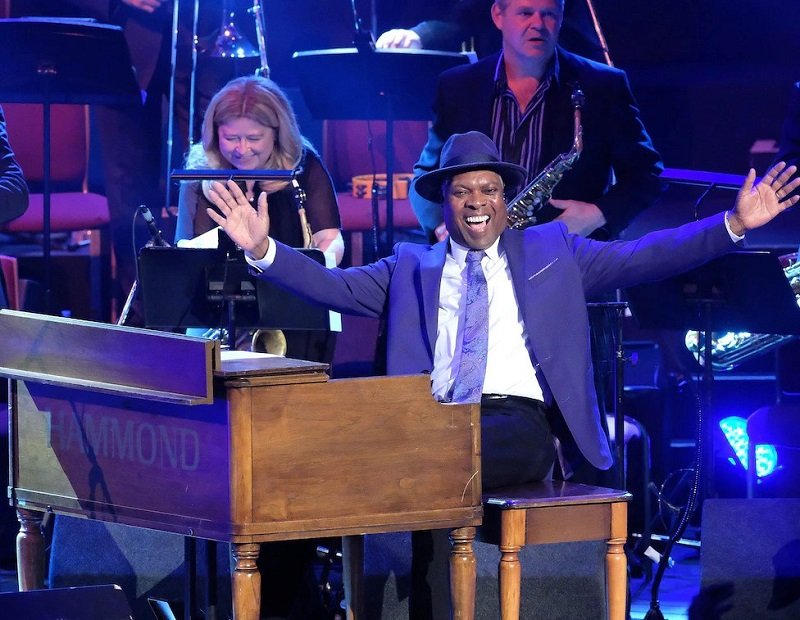 Booker T. Jones headlines this summer’s Jazz Fest on Night 1. Known for his time fronting Stax Records’ house band Booker T. and the M.G.’s (the band backed Otis Redding for his star-making set at the Monterey Pop Festival), Jones spent 10 years as a house arranger, multi-instrumentalist and charting band leader for Stax Records, co-wrote legendary songs “Green Onions,” “Born Under A Bad Sign,” played with everyone from Neil Young to Willie Nelson to Ray Charles, and produced and played on Bill Withers' 1971 debut album (the record that launched the tune “Ain’t No Sunshine”).

“The 2022 Festival promises to be a memorable one in so many ways. Not only thanks to a stellar and varied line-up, but also to the sheer joy of being back to full scale,” said SPAC President and CEO Elizabeth Sobol, in a statement. The 2022 gathering marks the 25th anniversary of its partnership with Freihofer’s bakery, with parent company Bimbo Bakeries USA having reaffirmed their commitment to the festival with a multi-year title sponsorship.

“We’ll be celebrating 25 years of partnership with Freihofer’s, as well as the first of a new multi-year commitment from the company. While a number of other jazz festivals are changing and downsizing, Freihofer’s support is allowing us to go back to the full Saratoga Jazz Fest experience its long-time fans have come to love and expect,” Sobol said.

Highlighting the 15 festival debuts, Rock & Roll Hall of Fame inductee, Booker T. Jones, the famed front man of Booker T. & the M.G.s, and the acclaimed producer of the legendary Memphis-based Stax Records, will showcase his 10-piece band with three lead vocalists performing his smash hits with the M.G.s, “Green Onions,” “Hang ‘Em High” and “Time is Tight” and classic Stax songs “Try a Little Tenderness,” “Sittin’ on the Dock of the Bay” (Otis Redding), “Hold On I’m Coming” (Sam and Dave), and “Gee Whiz” (Carla Thomas), among others. Also making her festival debut is 2021 GRAMMY winner and fourteen-time GRAMMY-nominated vocalist Ledisi, who will return to SPAC on August 3 as part of The Philadelphia Orchestra’s season in a program dedicated to the music of Nina Simone.

Returning for the first time since 2019 is the popular Charles R. Wood “Jazz Discovery” Stage with rhythmic, global and funk grooves by groups from Red Baraat to Cha Wa to Tiempo Libre and some of the most exciting contemporary artists in jazz: Matt Wilson, Craig Handy, Connie Han, Ryan Keberle, Emmaline and Dan Wilson. In addition, the Skidmore Jazz Institute Faculty All-Stars will celebrate George Wein, the founder of the festival who passed away at the age of 95 in September 2021.  Following stunning Jazz Fest debuts in 2021, Hot Club of Saratoga and Garland Nelson leading Joyful Noise will return to kick-off the amphitheater line-up on Saturday and Sunday, respectively.

In addition to two non-stop days of great music on two stages, fans can also enjoy a host of amenities including a fine arts and crafts fair, artist CD signings, southern style barbeque and other food vendors at SPAC’s newly renovated concession area. Guests are welcome to bring in their own food and beverages, as well as blankets, tents and lawn umbrellas. Parking for the event is free. Performances will begin each day on the Charles R. Wood “Jazz Discovery” Stage at 11 a.m. and on the Amphitheater Stage at 12:00 p.m.

Tickets for the festival start at $65 and will be available online at www.spac.org beginning March 16 at 10am to the general public and starting on March 7 at 10am to SPAC members (tiered by level). Two-days passes are also available for a savings of $10 per ticket (offer ends 5/1). $20 amphitheater ticket options are available for children ages 12 and under and students with school-issued ID at time of entrance. Seating is best available with some exclusions. Lawn seating is free for children ages 12 and under.

SPAC is offering a $20 student and child amphitheater pass, available for children ages 12 and under and students with school-issued ID at time of entrance. Children ages 12 and under are admitted free on the lawn. SPAC will continue to monitor health and safety guidelines mandated by New York State and the CDC and will adjust ticketing and safety policies accordingly. Full guidelines will be published in advance of the ticket on sale and may be found at spac.org.

*Indicates Festival debut for that project