SPAC is BACK! SPAC Celebrates Full Return of Resident Companies, Season in 2022, and Sets a “Fund for the Future” 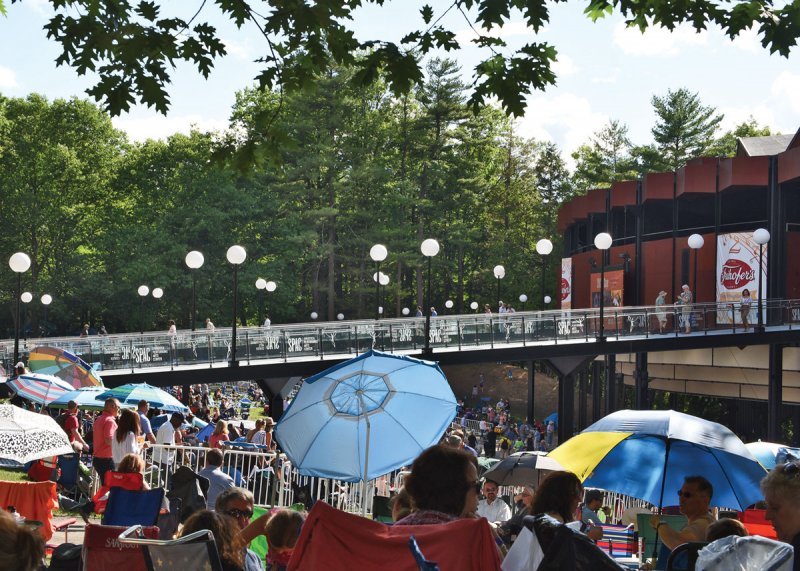 SARATOGA SPRINGS — Following a reduced season in 2021, SPAC will welcome back New York City Ballet, The Philadelphia Orchestra and Chamber Music Society of Lincoln Center for their full productions and residencies –-- in addition to hosting its iconic Freihofer’s Saratoga Jazz Festival, a popular concert lineup presented by Live Nation, and the return of Caffè Lena @ SPAC.

“Like so many individuals and organizations, the last two years have tested us mightily, but they have also called upon our deeper wells of creativity, compassion, resilience, and imagination. So that now, in summer 2022, in a full return of a SPAC Renewed and Rejuvenated, we are like our region’s endangered Karner Blue butterflies – re-emerging beautiful and glorious after being cocooned for so long,” said Elizabeth Sobol, president & CEO of Saratoga Performing Arts Center, during the organization’s Annual Meeting, held May 19 atop the SPAC stage.

“This splendid re-emergence is accompanied and made possible by a historic and unprecedented confluence of favorable financial factors,” Sobol added.

SPAC announced that it ended the year with $4 million of operating reserves, attributed to a significant reduction in programming expenses due to the COVID-19 pandemic in 2021, fundraising efforts supported by members, the Board of Directors and the general public and the utilization of critical funds received from the Shuttered Venue Operators Grant and Paycheck Protection Program. Half those reserves have been committed to immediate capital improvements and critical operational needs, while the remaining $2 million will be used to establish a “Fund for the Future.”

The “Fund for the Future” will help to ensure that the classical arts at SPAC can thrive, helping to offset skyrocketing costs associated with supplies and equipment, continued precarity related to the public health crisis, and its annual shortfall on its four weeks of classical amphitheater residencies, which regularly exceeds $2 million and is projected to be even greater in 2022.

Following the official opening of The [email protected] in 2021, investments are being made to SPAC’s infrastructure, physical campus, and amphitheater.

The full New York City Ballet company returns this season (July 12-16) with a new dance floor made specifically for NYCB, and a new performance curtain, which replaced a curtain that was almost 40 years old.

The Philadelphia Orchestra will return July 27- Aug. 13 for its three-week residency with 150 new music stands and chairs, which SPAC has never owned and has historically had to borrow for the past 55 years.

Sobol noted SPAC’s partnership with Live Nation will see significant work to the backstage of the venue and modernizing of dressing rooms and workspaces for artists and crew members. Additionally, the Performer’s Gate and Road area will be reconfigured, addressing important safety issues.

SPAC has also installed an Assisted Listening System in the amphitheater as well as a new sound system, replacing equipment from the 1990s.

SPAC Board Member News: The board welcomed Raimundo C. Archibold, Jr., CFA as a new member. Archibold is the Managing Director at Schwartz Heslin Group, an investment banking and advisory services firm located in Albany, New York. He brings over 25 years of experience in equity research where he covered primarily the technology and telecommunication sectors. Sally Bott, Operating Partner at Atlas and recent resident of Saratoga Springs, also joined as a new Board Member. Bott is an experienced human resources professional with more than 30 years of HR experience.

More in this category: « Folk Music Legend Eric Andersen – Live at The Strand May 29 Free Community Festival at SPAC June 5 Celebrates Regional Collaborative of Young Creatives »
back to top