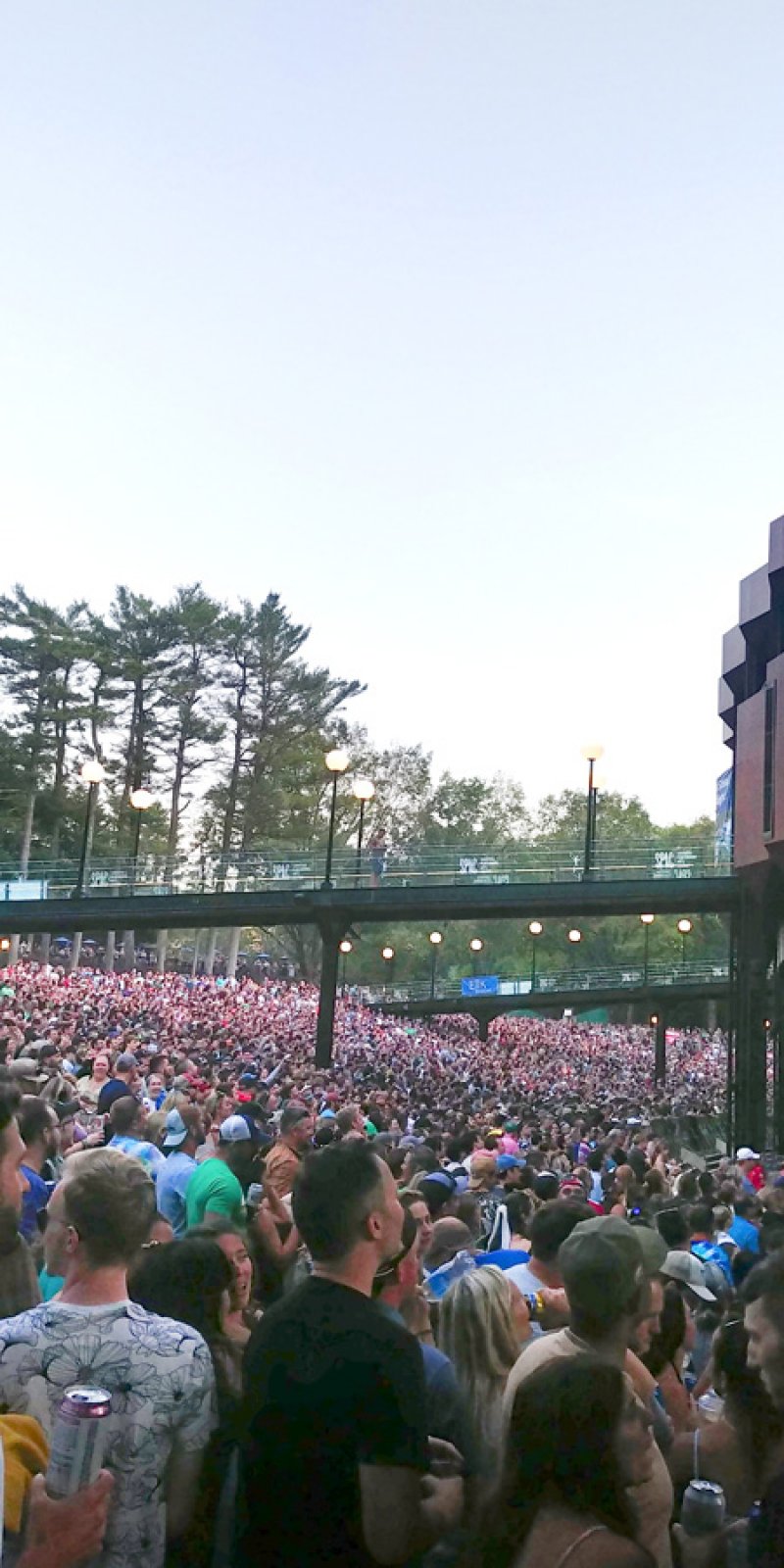 Thousands of concert-goes gathered Friday to kick things off in Saratoga Spa State Park. Converging with their picnic baskets and lawn chairs, the festivities begin well before the show. Music, barbeques, and friends meeting up dot the park’s grassy knolls, pavilions, and parking lots; a tradition in tandem with DMB weekend that has taken place since the band’s first performance in Saratoga in the mid 90’s.

This 2022 Summer Tour marked DMB’s 41st headlining show at SPAC. In recognition, the band playfully opened Friday night’s concert with the song “41” off of their 1996 album “Crash.”

The setlist rolled on with crowd-favorites including “Seven,” “Grey Street,” and “Funny the Way It Is.” In the middle of the 20-song set, the band delighted the crowd with a cover of the Led Zeppelin song “Fool in the Rain.” In the three-song encore, DMB also covered “The Maker” originally by Daniel Lanois.

Matthews and band energized the crowd again Saturday night; this time jamming for a 21-song set. “We love coming here!” Matthews cheered as the band came back on stage before Saturday’s three-song encore. The final song of the evening was “Halloween,” a SPAC-crowd favorite, played for the first time of DMB’s 2022 Summer Tour.

DMB’s 2022 Summer Tour continued to Gildford, NH to perform July 12 and 13, followed by Camden, NJ July 15 and 16. The band will return to New York to play Bethel on Wednesday, July 20, 2022. To see the full 2022 Summer Tour schedule visit tour.davematthewsband.com.

More in this category: « Bruce Springsteen & The E Street Band Announce Albany Concert; Must Register by Sunday for Chance at Tickets Todd Rundgren To Perform at The Egg July 19 »
back to top