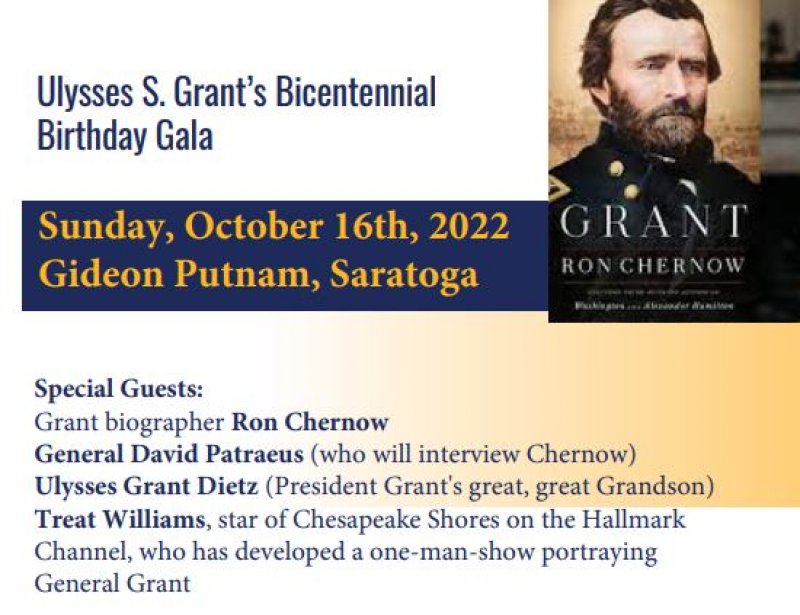 The Gala Fundraiser will support The Friends of the Ulysses S. Grant Cottage, and the building of an Education Pavilion atop Mt. McGregor.

Grant, the 18th president of the Unites States, was born in April 1822. In June 1885, dying of throat cancer, Grant arrived at the Adirondack cottage with a large entourage of family, friends, servants, and physicians, in order to complete his memoirs. He died in August, just four days after his final proofreading.

The gala will take place Oct. 16 at the Gideon Putnam Resort in Saratoga Springs. The event starts at 5 p.m. and tickets are $125. For more information or to purchase tickets, go to: grantcottage.org.