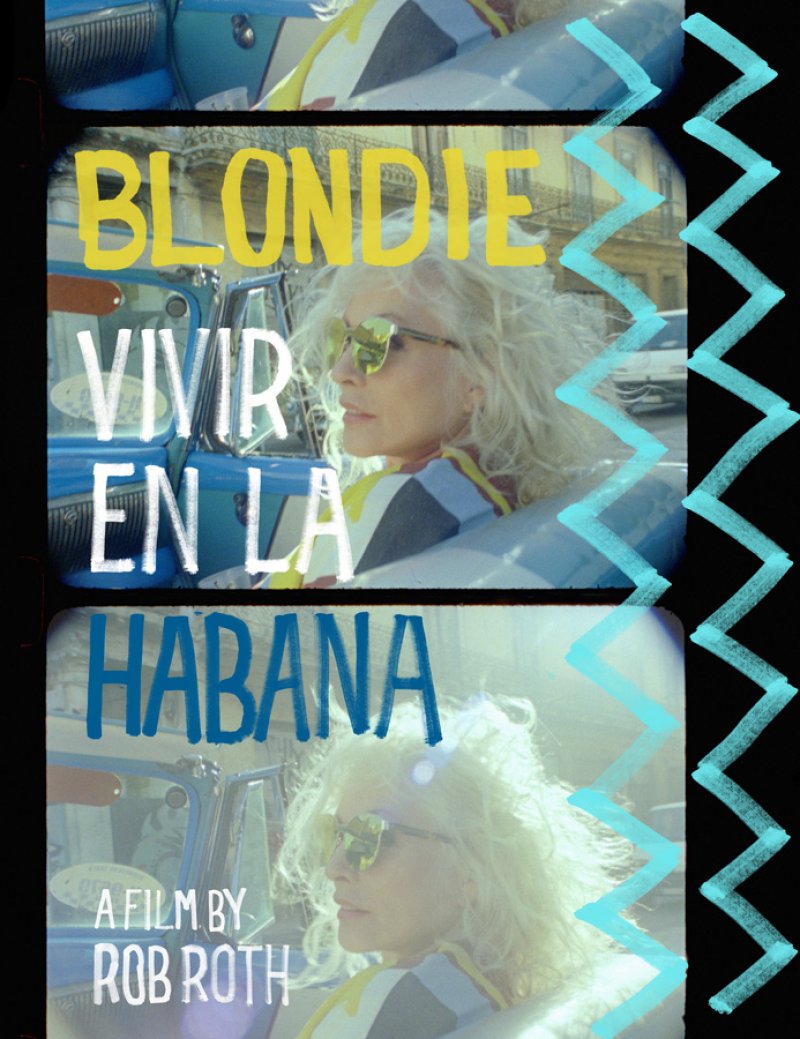 Vivir en la Habana. The regional premiere of the Blondie documentary, and a Q&A with the film’s director will take place during the opening reception of the Adirondack Film Festival on Oct. 13

GLENS FALLS — For the seventh year, Adirondack Theatre Festival (ATF) will produce the Adirondack Film Festival, which again this year will be presented in a hybrid model, both in-person and online. The screenings will take place at the Charles R. Wood Theater and Crandall Library in downtown Glens Falls.

An opening night reception Thursday, Oct. 13 at the Queensbury Hotel will feature an evening of music videos capped by “Blondie: Vivir en la Habana,” a short documentary about a path-breaking concert in Cuba by the band Blondie, and a Q&A with director Rob Roth.

The band’s 2019 concert was part of an official cultural exchange between Havana and New York City. Blondie lead singer Debbie Harry pointed out that Havana’s resemblance to pre-gentrified New York made her feel like she’d been there before.

“There’s so much beautiful architecture which has deteriorated due to the fact it’s a Caribbean island and salt air is disastrous to the edifices,” Harry told the NME last year, as the documentary had its North American premiere at the Tribeca Film Festival.  “They’re in a period of renewal and it made me think back fondly to the ‘70s and the crumbling decay of the Lower East Side.”

Blondie burst out of the Max’s Kansas City and CBGB’s scene in downtown Manhattan in the mid-70s with their self-titled debut (most notably featuring the songs “X Offender,” and “Rip Her To Shreds”), and its follow-up LP ‘Plastic Letters.’ It was their third release, ‘Parallel Lines,’ that gained them national attention with the hit “Heart of Glass” in 1979 – and it is from this period and on into the ‘80s with the subsequent hit songs “Rapture” and “The Tide Is High” that the 18-minute documentary focuses its soundtrack. The film includes guitarist Chris Stein - who wasn’t able to go to the shows due to health reasons - and drummer Clem Burke, pounding away on his skins draped in – what else – a CBGB’s T-shirt.

The opening night reception will feature a Q&A between ATF Producing Artistic Director Miriam Weisfeld and the film’s director Rob Roth. Roth - a longtime collaborator with Blondie, has also worked on projects with David Bowie, Lady Gaga, and Rihanna, among others.

“Adirondack Film Festival is thrilled to host the regional premiere of Blondie: Vivir en la Habana and to introduce our community to its iconoclastic creator,” Weisfeld said. “Hearing firsthand from Rob Roth about the experience planning this trip to Cuba with Debbie Harry and Chris Stein and the unexpected twists and turns adds so much to the experience of seeing this innovative short film. Rob’s work spans film and theatre – just like the Adirondack Film Festival, which is the only film festival operated by a professional theatre company. I’m excited to be in conversation with Rob and ATF audiences about art, music, and storytelling across these different platforms. It’s what makes the Adirondack Film Festival unique.”

The Adirondack Film Festival runs Oct. 13 – 15 and includes screenings of various features, documentaries, shorts, comedies, thrillers, and “Homegrown” Adirondack Region Films. There are a variety of ways that people may attend.

“Last year we introduced an innovative range of options for audiences to participate in-person, online, or both. By far the most popular option was the ‘All-Access Pass,’ which grants entry to all the screenings in downtown Glens Falls, all the screenings online, plus panels, popcorn bars, parties, and the awards presentation. This year we’re excited to offer our patrons the same flexibility and the same great value,” ATF Managing Director Tracey Sullivan said in a statement.

All-Access, In-Person, Virtual, and Day Passes are available at adkfilmfestival.org. With a few exceptions, the full lineup will be available both in-person and online.

More in this category: « “Caffè Lena @ SPAC” Returns for a Free Two-Day Festival at SPAC Oct. 1-2 William Shakespeare to Patsy Cline - Single Tickets Available Thursday for the REP 2022-2023 Season »
back to top