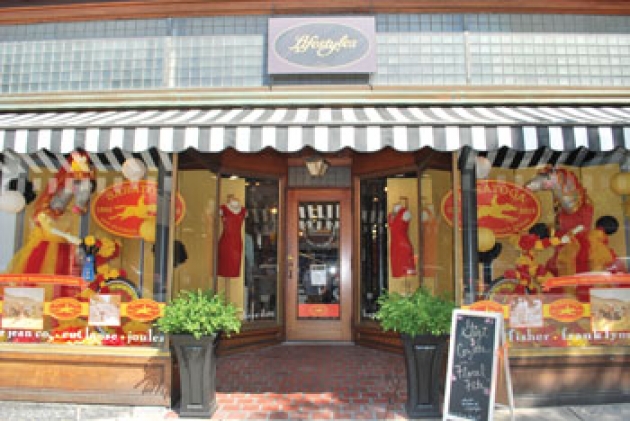 SARATOGA SPRINGS — To celebrate the sesquicentennial of racing at Saratoga, the Saratoga 150 committee engineered a window display contest with the theme of equine racing. The judging was held on Saturday, July 13.

The judge, from Northampton, Massachusetts, was so impressed with the originality and creativity that she went back the next morning to confirm her findings. There were so many windows capable of winning that six runners-up were named.

As with Silverwood, not just Broadway was decorated. On Phila St. was Creative Sparks, Miss Scarlett’s Women’s Boutique and on Henry St. was Little Red Millinery.

The judge said that her hometown was similar in population to Saratoga Springs. Their Main St., although smaller than ours, is quite similar with small shops and a vibrancy that lasts into the evening. She hopes to take back to her town some of these great ideas.

Read 2153 times
More in this category: « Aspen Santa Fe Ballet to Debut at SPAC Next Week The Cabaret is Back for Three Weekends »
back to top