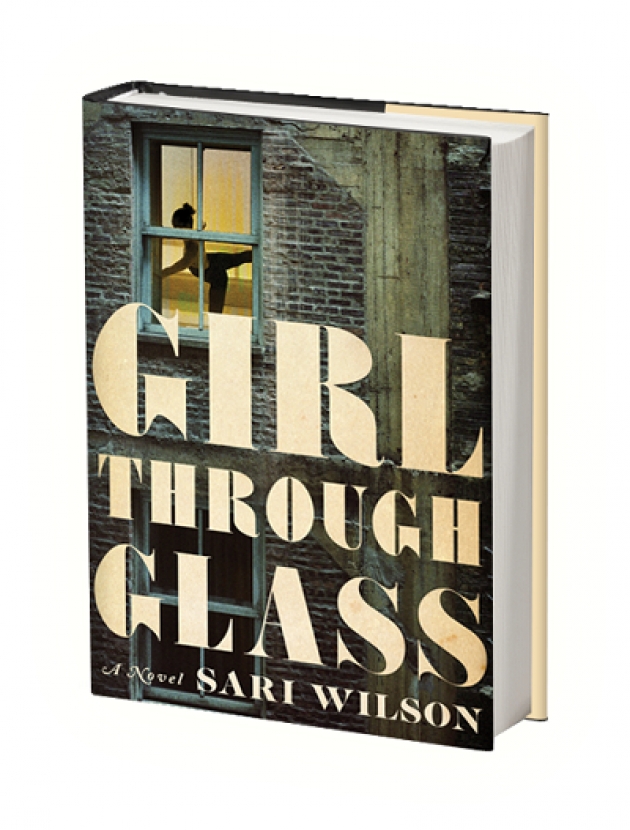 SARATOGA SPRINGS – Sari Wilson, author of “Girl Through Glass,” will be at Northshire Bookstore on Thursday, February 25 at 6 p.m. Wilson will discuss her debut novel, and her own experience as a childhood ballerina, with Darlene Myers, the founder and artistic director of Northeast Ballet.

“Girl Through Glass” follows the story of 11-year -old Mira as she climbs the ladder toward becoming one of New York City’s top ballet dancers in the late 1970’s, attending the prestigious School of American Ballet, and eventually becoming one of Balanchine’s most cherished dancers. Intertwined in Mira’s story is the present day life of Kate, a dance professor who is trying to reinvent herself despite the past she can’t seem to escape.

“My hope was to use the milieu of dance to examine broader themes, and to create a compelling human drama that would connect and relate to all sorts of people,” said Wilson. “A universal theme is how we connect to our past and how we redefine our past as we change and grow. I think people connect to it in the way that we all have a childhood fantasy or experience that as adults, we need to try to understand more or incorporate into our sense of identity.”

Wilson paints a picture of the ballet world that is vivid and meticulous, which comes from Wilson’s own experience as a childhood ballerina. As a child, Wilson studied ballet at Neubert Ballet Theater, a once-storied Carnegie Hall studio, at Harkness Ballet and as a scholarship student at Eliot Feld’s New Ballet School. After that, she studied and performed modern dance with Stephan Koplowitz and at Oberlin College. When an injury ended her dancing career after college, Wilson began writing. She worked in journalism before deciding to become a fiction writer.

“I was a passionate childhood dancer. I fell in love with it – the movement, the rituals, the people in that world,” said Wilson. “It was a deep childhood passion, but the ballet world has never left me, and I’m not unusual in that. So many girls take ballet at this pivotal point in their lives; it was a big part of my childhood and adolescent experience. As a writer, I became interested in that again. My North Star has been this novel. I had to merge these two worlds, one that is focused on the body and one that is cerebral. I was trying to give movement a language.”

There are many themes Wilson incorporates into the novel that many readers will find easy to relate to, such as ambition, childhood dreams, and a desire for excellence and perfection. Wilson also hopes her novel opens up a conversation about girlhood and the difficulties that come with it.

“I want people to come away with a sense of the power of girlhood and adolescence. This is such a powerful time in a girl’s life, and it’s filled with mystery and complexity that too often gets overlooked in broader culture.”

Wilson, who lives in Brooklyn, is looking forward to her book talk at Northshire, mentioning how Saratoga Springs has always been an important place for her. Wilson not only went to ballet camp in Saratoga at a kid, but five years ago, she received a Yaddo residency, where she was able to write the ending to “Girl Through Glass.”

“Working on a novel is an immersive experience. The world of the novel has to exist in the mind, so I needed to find these moments where I could completely immerse myself in the world I was creating. I spent an amazing two weeks [at Yaddo] just immersed,” Wilson explained. “Trying to have space in a modern life for demands of a novel that is character driven requires a type of world building. It’s its own imaginary universe. It requires a leaving. Yaddo gave me that. I remember almost crying with gratitude when I got there. That place is an absolute gift.”

Now that the novel is finished, Wilson has been hearing praise from average readers and dancers alike, who applaud her for her candid look at the ballet world, and also how she uses that world to explain bigger issues and ideas.

“One part of the process I didn’t understand was hearing from readers about how important a book can be in people’s lives. It feels very special to make those connections [with readers],” said Wilson. “One person even told me how they’re bringing my book to therapy. It can be a deep experience for some people. I feel like I’m always learning from my readers.”

Sari Wilson’s book signing and discussion on February 25 at Northshire Bookstore, located at 424 Broadway, is free and open to the public. For more information about Sari Wilson and “Girl Through Glass,” visit sariwilson.com.

More in this category: « Getting Weird with Let’s Be Leonard “Birds Can Fly, Why Can’t I?” Takes Flight: New Children’s Book is Work of Art »
back to top