Be There Or Be Square: This Week's A&E Picks 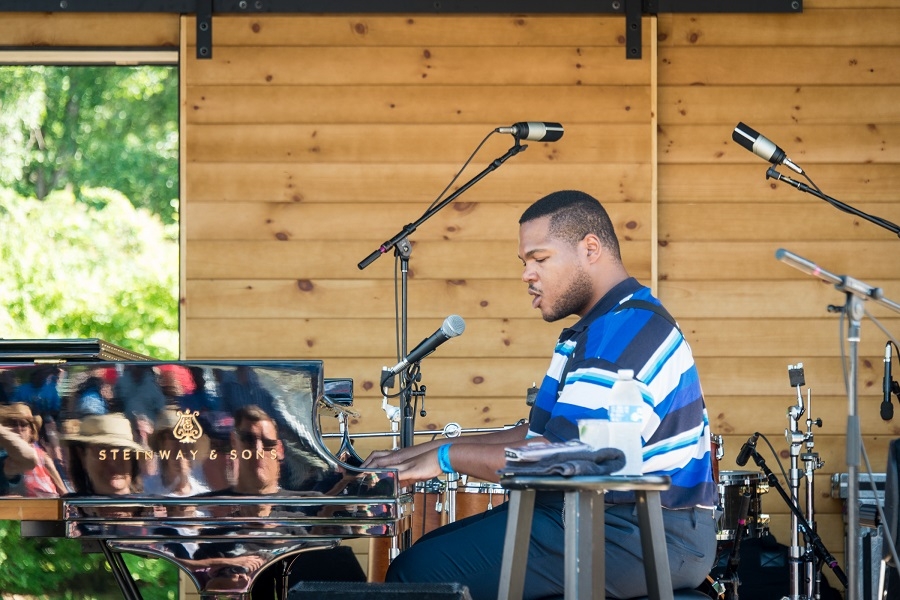 Blind Boy Paxton performing on the Steinway piano atop the Gazebo Stage at Saratoga Jazz Fest earlier this year. A multi-instrumentalist blessed with a ridiculous amount of talent as anyone fortunate enough to have caught Paxton’s set at the jazz festival will attest. Image by PhotoAndGraphic.com

With 50 years of song-making behind him, and 6 & 12-string guitars and 5-string banjo in hand, Don sings songs of the Southwest and Old Mexico, tunes from the '20's & '30's and his beautiful original songs that have been hailed worldwide. His song "White Mountains Good Bye" was recorded by Bill Staines, while "Santuario" has been recorded by Woods Tea Company, and "Day After The Day Of The Dead" was covered by cowboy singer Jim Jones. Joining Don will be longtime friend and one-time musical partner Tom Mitchell. Don & Tom delighted audiences across the country, playing all the major folk clubs and being touted for their exciting vocal blend, top notch songwriting and marvelous sense of humor.

Super Dark Collective Presents: Mike Gent of The Figgs with John Powhida, 9 p.m. Friday and Saturday, Sept. 22-23 at One Caroline. One Caroline Street.

Mike Gent is a founding member of the legendary Figgs who have been making music since 1987. Gent has also played with other legends such as Graham Parker, Tommy Stinson (The Replacements), and has shared the stage with bands such as Weezer, U2, The Cranberries and many more. Also: John Powhida, who longtime Albany club goers will recall as the leader of the Staziacks. He relocated to Boston in 2000, and most recently has received positive ink for his performances with John Powhida International Airport.

Jerron "Blind Boy" Paxton is a visually impaired, Jewish, African American multi-instrumentalist (banjo, fiddle, piano and guitar) who brings out the playful side of old-school music. From the mainstage at Newport Folk Festival to street corners and clubs across the U.S., Blind Boy Paxton carries the torch for traditional acoustic music. Although only in his 20s, Paxton has earned a reputation for transporting audiences back to the 1920s and making them wish they could stay there for good. He plays everything from ragtime, to hokum, old-time, French reels, Appalachian mountain music, blues and more.

More in this category: « First U.S. Tour by Pakistan’s Sachal Ensemble to stage at SPAC All-Star Athletes Play Ball in Saratoga Springs »
back to top