A Tale of (at least) Two Woodstocks: multiple festivals to mark 50th anniversary of event 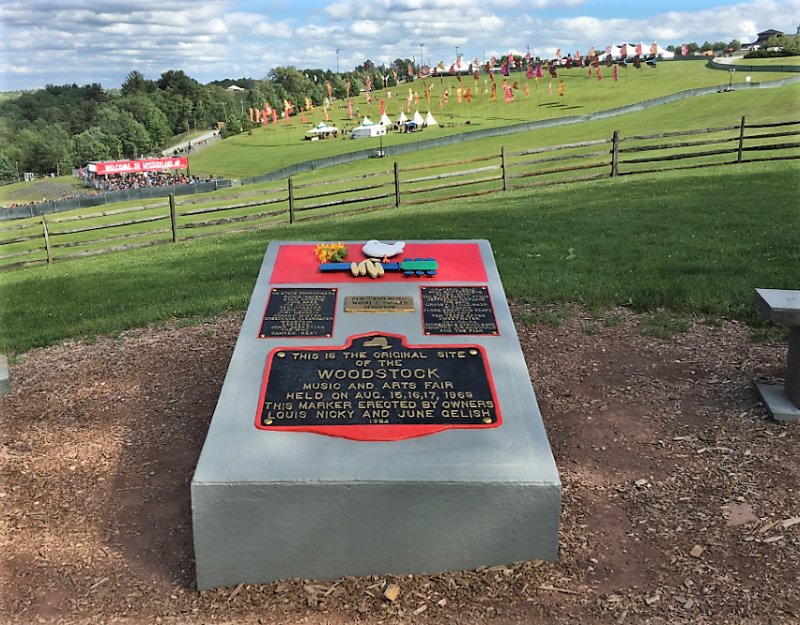 BETHEL –  The Bethel Woods Center for the Arts – located at the site of the 1969 Woodstock festival – will celebrate the golden anniversary of the historic music festival with a three-day event this summer.

The lineup of artists and tickets prices have yet to be announced, but the event is being billed as a “three-day festival of music, culture and community,” to feature “live music, TED-style talks and special exhibits.” Events will take place Aug. 16-18.

Joining forces to produce the Bethel Woods Music and Culture Festival is INVNT – a brand communication agency, and Live Nation Concerts – the organization which books the pop music acts at Saratoga Performing Arts Center every summer.

The site is located approximately 150 miles southwest of Saratoga Springs and includes an 800-acre campus with a Pavilion Stage amphitheater with seating for 15,000, an intimate 440-seat indoor Event Gallery, the Museum at Bethel Woods, and a Conservatory for arts education programming. Since Bethel Woods announcement last week confirming a three-day event will take place in August, many hotels and other accommodations in Sullivan County have already sold out, according to CBS New York.

Meanwhile, Michael Lang, producer and co-creator of the original Woodstock Festival in 1969, issued a statement to announce he is producing the official anniversary, but not at Bethel Woods.

“While the original site in Bethel remains close to our hearts, it no longer has the capacity to hold a real Woodstock Festival. I’m delighted that Bethel Woods is doing events in the coming year to celebrate what we brought to life in 1969.”

Lang said he will be announcing his plans for the official Woodstock 50th Festival during the next few weeks.