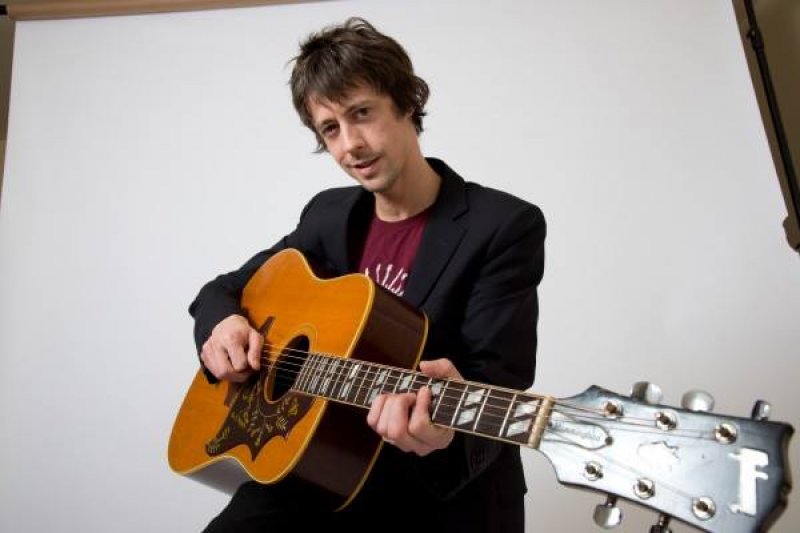 SARATOGA SPRINGS — More than a dozen albums ago, Saratoga Springs High School friends Pete Donnelly, Mike Gent and Guy Lyons first got together to form a musical ensemble they called The Figgs.

Thirty-one years and some 1,500 shows later, Donnelly - who calls Philadelphia and South Jersey home these days – returns Jan. 31 to Caffe Lena, where he will be joined by Fred Berman on drums, Ray Long on bass, and John Cunningham on guitar.

In addition to his founding-member in-standing with The Figgs, Donnelly’s musical path has traveled through Terry Adams’ legendary NRBQ, Soul Asylum, the Replacements’ Tommy Stinson and Graham Parker, among others.

There was a TV commercial for a luxury car in 2013 that featured the catchy post-new wave riffs of the Figgs’ “Je T’adore,”  and with the song “Your Smile Is a Deadly Thing,” released in 2016, the band showcased THE most addictive guitar riff of the year. Go ahead, give it a whirl HERE.

Coming back to Saratoga, “still pretty much feels like home,” Donnelly said, during a phone interview in advance of New Year’s Eve return to perform at First Night Saratoga 2017.

His most recent solo album, 2018’s “Phases of The Moon,” features an all-star combo and signals a departure from Donnelly's past work. While the pop songs remain, the jazz predominates. (As was written in these pages upon the album’s release last year: The piano serves as a driving force, merging seductive jazz riffs laced with a sweet soul muse, topped with the familiar jingle-jangle of an electric guitar).

Ten of the album’s 18 tracks are instrumentals and include recreation of works by Thelonious Monk, Ornette Coleman, Erik Satie, Claude Debussy and Oscar Pettiford.

“As a kid I loved jazz music, Charles Mingus, Thelonious Monk, and I think a lot of people are surprised by that. Those were my idols,” says Donnelly, whose first instrument was the bass - and specifically an Ibanez Roadstar II, purchased at Drome Sound in Albany on his 13th birthday.  Growing up in ‘80s, bands like Hüsker Dü and Black Flag helped inspire his music “counter to the cheesy, schmaltzy ‘80s pop world we grew up in during the Reagan Era. Our music was an affront to that. It was an expression of searching for an identity in a banal world,” he says. “It almost feels like it’s a return to that now.”